Through an exciting new partnership with Nederlander Worldwide Entertainment, the Arts Administration Program is now offering a new advanced certificate program to train arts professionals who wish to work in the commercial performing arts. Nederlander Worldwide Entertainment is a member of the Nederlander companies, which own and/or operate some of the world’s greatest theaters, produce and present premier entertainment, and serve as consultants and talent bookers both for their own facilities and other renowned entertainment venues in the US and abroad.

The certificate is open to qualified applicants who have earned a bachelor’s degree from a fully accredited college or university in the United States or abroad. All candidates for admission are selected on the basis of undergraduate transcripts, academic and personal references, and related work experience.

Nederlander Worldwide established the first foreign joint theater venture in China in 2005, to tour Broadway productions there. In recent years, it has developed and managed several performing arts centers managed on the Broadway model in Xi’an and Shanghai, China. In 2012, the company embarked on similar ventures to develop the Zorlu Center for the Performing Arts in Istanbul, Turkey, and theaters in Taiwan. In January 2019, the company announced a new venture with Hard Rock International to bring premier Broadway theater to its resort properties worldwide.

In addition to advising in the development of the certificate curriculum, Nederlander Worldwide is assisting the program in arranging for students to meet with leading practitioners in the industry and to secure internships in the US and abroad.

The certificate consists of five graduate courses for a total of 20 credits, as listed below.

Transfer of Credits to Degree Program

Upon completion of the certificate, interested students may apply for admission to the Master of Science in Arts Administration degree program. If accepted, all successfully completed credits earned toward the certificate may be applied toward degree requirements. 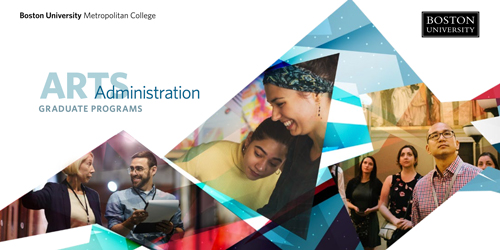