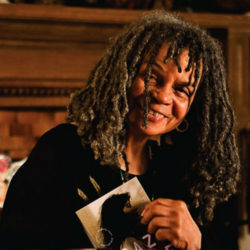 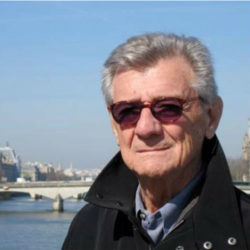 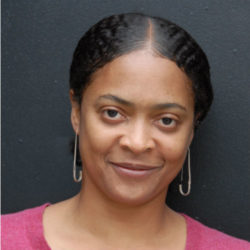 21st Century Verse:  The Art of Black Poets with Danielle Legros Georges
Thursday, October 18 at 10:00AM
GSU, Room 310 (775 Commonwealth Avenue)
This workshop will focus on the work of selected Black poets writing today. We’ll examine how these writers have addressed violence against black bodies, racism and war, the politics of power, black subjectivity, black joy, love, and the world. Their poems—in their formal strategies and fields of focus—will serve as models for the writing we might engage in ourselves. This workshop is meant as a generative one, one meant to provoke, challenge and inspire us into discussions and ultimately poems.
Registration required – RSVP

Sonia Sanchez is a renowned scholar, poet, playwright and activist who has been an influential force in African American literary and political culture for over three decades. One of the most important writers of the Black Arts Movement, Sanchez is the author of sixteen books including Homecoming, We a BaddDDD People, I’ve Been a Woman: New and Selected Poems, and Shake Loose My Skin.

She is the recipient of the Robert Frost Medal for distinguished lifetime service to American poetry and the Langston Hughes Poetry Award. Her numerous other honors include a National Endowment for the Arts Award, the Community Service Award from the National Black Caucus of State Legislators, the Lucretia Mott Award, the governor’s Award for Excellence in the Humanities, and the Peace and Freedom Award from the Women’s International League for Peace and Freedom.

Gerald Vizenor is Professor Emeritus of American Studies at the University of California, Berkeley.  He has published more than thirty books that include narrative histories, literary studies, novels, essays, short stories, and poetry.  Blue Ravens, a historical novels about Native Americans in the First World War, Favor of Crows, a collection of original haiku poems, Native Liberty: Natural Reason and Cultural Survivance, and Chair of Tears are his most recent books.

Vizenor was a delegate to the Constitutional Conventions and the Principal Writer of the Constitution of the White Earth Nation in Minnesota.  He received the American Book Award for Griever: An American Monkey King in China and for Shrouds of White Earth, the Western Literature Association Distinguished Achievement Award, and the Lifetime Literary Achievement Award from the Native Writer’s Circle of the Americas.

Danielle Legros Georges is the author of two books of poetry, Maroon (Curbstone Press, now an imprint of Northwestern University Press, 2001) and The Dear Remote Nearness of You (Barrow Street Press, 2016); the chapbook Letters from Congo (Central Square Press, 2017); and the editor of City of Notions: An Anthology of Contemporary Boston Poems (Boston Mayor’s Office of Arts and Culture, 2017).

Her essays, translations, reviews, and poems have appeared in literary journals, books and publications including Agni, The American Poetry Review, The Boston Globe, Black Renaissance Noire, Build therefore your own world, The Caribbean Writer, Callaloo, Consequence, The Dictionary of Caribbean and Afro-Latin Biography, Haiti Noir: The Classics, Into English: An Anthology of Multiple Translations, World Literature Today, and Others Will Enter the Gates: Immigrant Poets on Poetry, Influences and Writing in America, and World Literature Today.