Named by the Provost and Chief Academic Office of Boston University, Provost’s Faculty Arts Fellows serve as key collaborators with the BU Arts Initiative to curate and execute significant arts programming at BU. Programming should be deeply embedded in the academic mission of the university, interdisciplinary, inclusive, and engage multiple schools and programs within the university. In addition, programming is expected to provide opportunities to engage community partners, and, as much as possible, be free and open to the public.

If you are a faculty member at BU in any discipline, interested in collaborating with the BU Arts Initiative, please complete our Artist Residency Inquiry form. 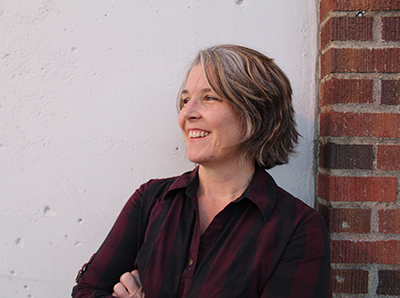 Felice Amato, Assistant Professor, Art Education, worked with the BU Arts Initiative, the art education program in the School of Visual Arts, and Puppet Showplace Theater in Brookline to present an artist residency in fall 2018 with puppeteer Tarish Pipkins. Also known as “Jeghetto,” Pipkins is a self-taught, interdisciplinary artist from North Carolina whose puppetry work has been featured in Missy Elliott’s Where They From music videos, in an Amazon.com “Alexa” Super Bowl ad featuring Alec Baldwin, at the Brooklyn Academy of Music, the Chicago International Puppet Theatre Festival, and most recently in the exhibit Living Objects: African American Puppetry at the Ballard Institute and Museum of Puppetry at the University of Connecticut. While at BU, Pipkins conducted workshops with the theatre, sculpture, art education, and early childhood education programs, presented a lecture and demonstration at Brookline High School, and spoke about arts entrepreneurship at the BUild Lab. He also conducted puppet building workshops, hosted a puppet slam, and participated in a panel discussion on Afrofuturism with BU alum Joel Gill and local artist Barington Edwards, all free and open to the public. In addition, Pipkins presented two performances of his piece Just Another Lynching: An American Horror Story at Puppet Showplace Theater, where he performed with local puppeteers. The production and residency was covered by the WBUR Artery, and the production was reviewed on Wonderland.

On working with the BU Arts Initiative Amato says, “It was so satisfying collaborating with the Arts Initiative on this because of the enthusiasm, care, and experience they brought to hosting Tarish Pipkins. In addition to helping brainstorm dynamic ways to connect Tarish to the BU community and beyond, Ty and Sarah were able to envision the mechanics of events so they could guarantee they were successful. The Arts Initiative’s support of partnerships, that included Puppet Showplace Theater allowed our department to cultivate new relationships with individuals, departments, and organizations and to strengthen existing ones. This residency was truly a catalyst for community and these connections will doubtlessly continue to benefit our students.” 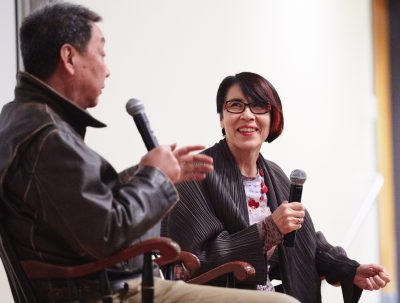 Yeh, former Director of BU Center for the Study of Asia, Professor of Chinese and Transcultural Studies in the Department of World Languages and Literature in CAS, worked with the BU Arts Initiative to invite the Chinese documentary filmmaker XU Xing as artist in residence, February – April of 2018. Mr. Xu Xing is a prominent Chinese writer and documentary filmmaker. His works have consistently engaged with national and international issues of politics, power, and moral responsibility. His work always evokes these larger issues through the lives of common Chinese working people, giving the powerless a chance to tell their own – often tragic – story and leave a record to hold against the official narrative of the Chinese state, which passes over them in silence. Residency programs included in Xu’s activities were co-teaching a course on Chinese documentary film, guiding two open studio workshops, and giving public lectures and presentations at BU and in the greater Boston area. With the support of Art Initiative he made presentations and film screenings for Boston middle school and high school students through Harvard Ed Portal, and for Boston’s Asian-American community through the Pao Arts Center in downtown Boston. The films screened included A Chronicle of My Cultural Revolution (2009), Summary of Crimes (2015) and The Day of Reckoning (2018). The BU Center for the Humanities and the BU Center for the Study of Asia kindly co-sponsored his residency. 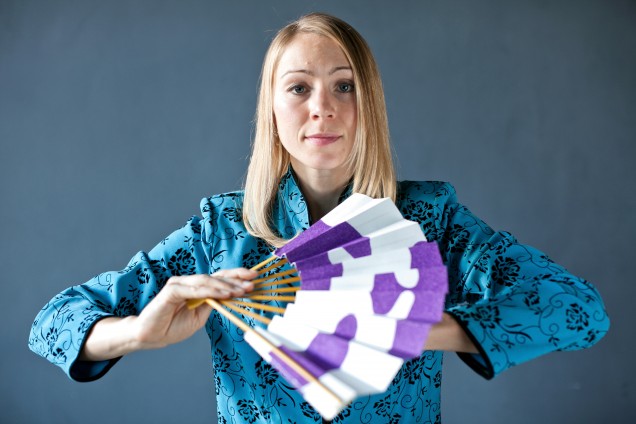 Preston, a Professor of English and Women’s, Gender, & Sexuality Studies and the Arvind and Chandan Nandlal Kilachand Professor and Director of Kilachand Honors College, worked with the BU Arts initiative to present an artist residency with Theatre Nohgaku, March 25-31, 2016. Theatre Nohgaku is an international performance group devoted to sharing the beauty and power of the classical Japanese noh drama with English speaking audiences and performers. Residency programs included classroom visits, and sessions on noh music, playwriting, and performance style. The residency culminated with performances of two pieces Sumida River, an English translation of a traditional noh performance including traditional costumes, music, and masks; and Zahdi Dates and Poppies, a world-premiere written by Preston, in noh style, exploring the trauma of war. There was also a high school matinee performance, and a post-performance panel discussion on trauma and the arts. Residency financial co-sponsors included the Center for the Study of Asia, the Women’s, Gender, & Sexuality Studies Program, and the Department of English in the College of Arts and Sciences. The performance was reviewed in Arts Fuse, and named one of “the best stage productions of 2016”.

Preston notes, “My partnership with the Boston University Arts Initiative as the 2016 Provost’s Faculty Arts Fellow allowed me to integrate my scholarly work and creative interests and bring Japanese noh theater to BU. I helped organize Theatre Nohgau’s week-long residency, a program that reached students and faculty departments in the College of Arts and Sciences (History, World Languages and Literatures, and Playwriting), the College of Fine Arts (Ethnomusicology, Theatre, and Dance), the School of Public Health, and the Division of Military Education. The Arts Initiative possesses the unique gift of bringing the arts to such interdisciplinary audiences, and it challenges faculty partners to think it broader ways about the potential impact of their work and the arts more generally. My work with the Arts Initiative helped shape my recent book, Learning to Kneel: Noh, Modernism, and Journeys in Teaching (Columbia UP, 2016). The Arts Initiative is changing the artscape of BU engages and ensuring that the arts are integral to the educational experiences and lives of our students – and of the Boston public more generally.” 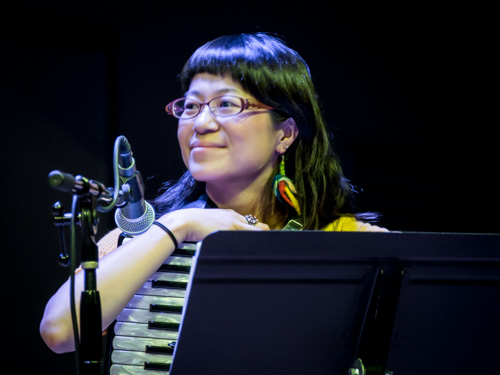 Abe, Associate Professor of Music in the Department of Musicology and Ethnomusicology of the School of Music, worked with the BU Arts Initiative to present an artist residency with the Nile Project in March of 2015. The Nile Project was conceived by Egyptian ethnomusicologist Mina Girgis and Ethiopian American singer Meklit Hadero in 2011. Their mission is to educate, inspire, and empower the citizens of the Nile basin to foster the sustainability of the Nile River’s ecosystem. Through music, Nile Project musicians and staff are working to address issues of water politics and cultural conflict in the area. Residency programs included classroom visits, music demonstrations, teacher workshops, and panel discussions on water politics, and social engagement through the arts. Abe also developed and taught a spring semester course entitled “Sound, Music, and Ecology.” The residency culminated in two sold out evening performances and a matinee performance for more than 300 local middle school children. Residency co-sponsors included the BU African Studies Program, the BU School of Music, New England Foundation for the Arts, and World Music/CRASHarts. The residency was covered in the Boston Globe – a preview and a review, Public Radio International, BU Today, and the Daily Free Press.