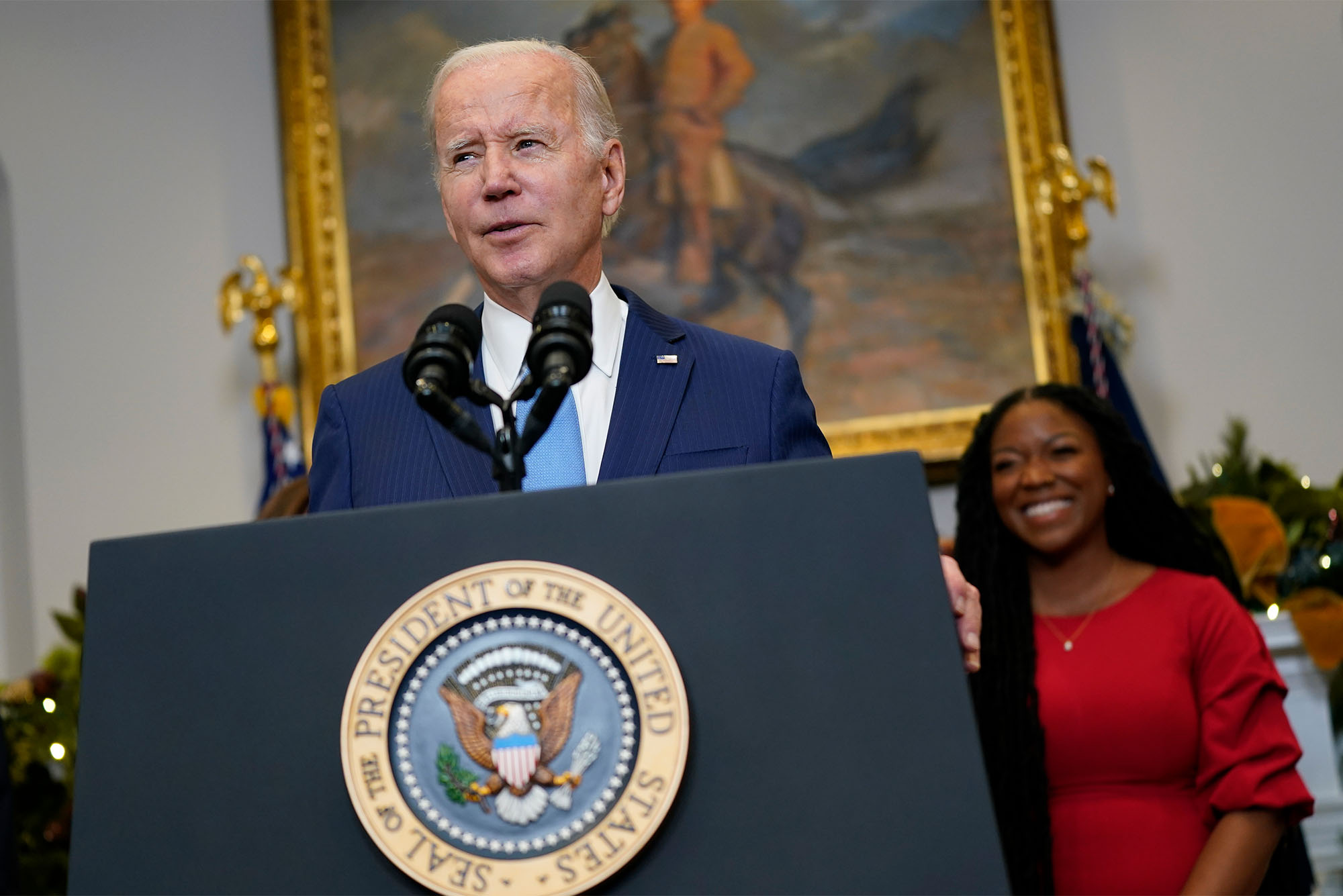 The United States released the Merchant of Death to free Brittney Griner. That nickname for Russian arms dealer Viktor Bout, swapped Thursday for the American basketball star imprisoned in Russia since February, suggests the Hobson’s choice posed by prisoner exchanges.

Bout was sentenced in 2012 to 25 years in prison after a New York jury convicted him of conspiring to kill Americans and of other charges. Olympic gold medalist Griner, a center with the WNBA’s Mercury Phoenix, was serving nine years in a penal colony after Russian customs officials found two vape cartridges and hashish oil in her luggage. She said packing the oil was an oversight, and US officials have called her a political prisoner, held in retribution for western sanctions against Russia as its Ukraine invasion drags on. (She was arrested just a week before the invasion launched.) Before the swap, her lawyer said Griner’s ordeal has drained her emotionally and frightened her with the prospect of long-term imprisonment.

Russia refused to include in the swap another American, Paul Whelan, who it’s holding on what the United States calls trumped-up espionage charges. The Biden administration had tried for his release as well. In a call to CNN, Whelan, sentenced to 16 years in jail in June 2020, said he was happy about Griner, but “greatly disappointed” that the administration hasn’t been more forceful in pushing for his own repatriation.

The interviews have been edited for length.

BU Today: In general, do you look favorably on such prisoner swaps?

Garčević: Every prisoner swap implies an ethical dilemma. At least one side sees prisoners as an asset that can increase their bargaining power during negotiation (in this case, it’s been Russia). On the other hand, the other side (in this case, the United States) gets involved in it with the aim to release one of its citizens who has been a victim of a miscarriage or politicization of justice. However, since many swaps, including this one, involve the release of somebody who is a criminal/terrorist or murderer, from a moral point of view, it opens a question about whether it is justifiable or not. However, from a political point of view, it is justifiable if you want to reconfirm the global reputation of the country—the United States, in this case—and demonstrate how it cares about its citizens.

Hare: Diplomats have a responsibility to protect their nationals wherever they are in the world. Brittney Griner’s case is an extreme case of fulfilling this duty. The US team negotiating her release used all the tools in the diplomatic playbook and concluded that this outcome was the best way to deal with what the Russians had probably planned from the moment they charged her.

Woodward: It is important to remember that Russia wrongfully detained Brittney Griner and was holding her as a political hostage. She was sent to a harsh Russian penal colony to serve a nine-year sentence. Viktor Bout, by contrast, was lawfully convicted of serious crimes in a court of law. There is absolutely no equivalence between the two. A negotiated prisoner exchange, however, was almost certainly the only way to secure her release.

BU Today: How much more dangerous is the world to you and me with Bout now at large?

Garčević: It is difficult to say whether the world would be more dangerous with Bout at large. I would say yes. But don’t forget there are many Bouts already out there. I’m sure the Kremlin will find an appropriate place/job for him, maybe even in Ukraine. They need weapons, and he is one of the most notorious arms dealers in the world.

Hare: Bout will now be easy to track if he chooses to get involved in his previous activities. He has served 14 years in prison, so that is not a trivial amount.

Woodward: The world was a dangerous place before this incident, and it will remain so. The most serious threats to peace and security in the world come from authoritarian leaders like Vladimir Putin, not from efforts by the United States to protect its citizens.

BU Today: Is the Bout-Griner swap wise and just, in your view? Should we have held out at least for Paul Whelan’s inclusion?

Hare: Wise and just in diplomacy often means what is possible. The impetus for a solution was obviously that Brittney Griner had just been transferred to a penal colony in the midst of a Russian winter. There was no immediate prospect of that situation changing for nine years. The Whelan case has long been linked with hers, and there are others, no doubt, held in Russia and other countries. But Brittney’s situation and the background to her case was judged by the United States as of high priority.

Woodward: Without being in the room where these very difficult negotiations are conducted, it is impossible to judge what terms were realistically possible. If the choice for the swap was either one or none, then it is reasonable to conclude that one is better than none. Recall that the United States negotiated the release in April 2022 of another American citizen detained by Russia, Trevor Reed, and negotiations for others, such as Paul Whelan, are ongoing.

BU Today: Will this deal encourage other rogue leaders to kidnap Americans to seek diplomatic ends, and is there any way to limit such fallout?

Garčević: Every swap is a unique case, and I don’t think this particular event will either encourage or discourage rogue leaders or terrorist groups to kidnap Americans. This practice has been around for decades. Regrettably, kidnapping and hostage-taking are perceived as a legitimate way of political struggle by many paramilitary and terrorist groups. I see three main motives behind it: ransom (often to finance further terrorist and paramilitary activities), prisoner swaps, and a means to increase public visibility and advance the political ideology the group stands for. The hypothetical American decision not to accept the Bout-Griner swap would change little in that regard.

Hare: The sad answer is probably yes, some countries may feel they can kidnap foreign nationals. But not every country behaves like Russia under Putin. US countermeasures are much more feasible in other countries to deal with such behavior. It is hard to see China, for instance, with its dependence on global trade and investment, starting to go the route of hostage-taking for prisoner swaps. The Huawei [official] being detained in Canada has some parallels, but that problem did not involve a straight swap. [The official was arrested in Canada on charges she’d sold products to Iran in violation of US sanctions; prosecutors dismissed those charges December 2].

Woodward: Viktor Bout was lawfully convicted of serious crimes in a court of law. Brittney Griner, on the other hand, was wrongfully and unlawfully detained. There is always the danger that regimes like Vladimir Putin’s will seek to take Americans hostage as leverage against the United States. This risk has always existed. Possible ways to mitigate the risk include diplomatic efforts, sanctions where appropriate, and avoidance where possible of travel to countries like Russia that pose the highest risks.

There are 11 comments on United States Swaps Brittney Griner for Russian Arms Dealer: Did Biden Make the Right Call?