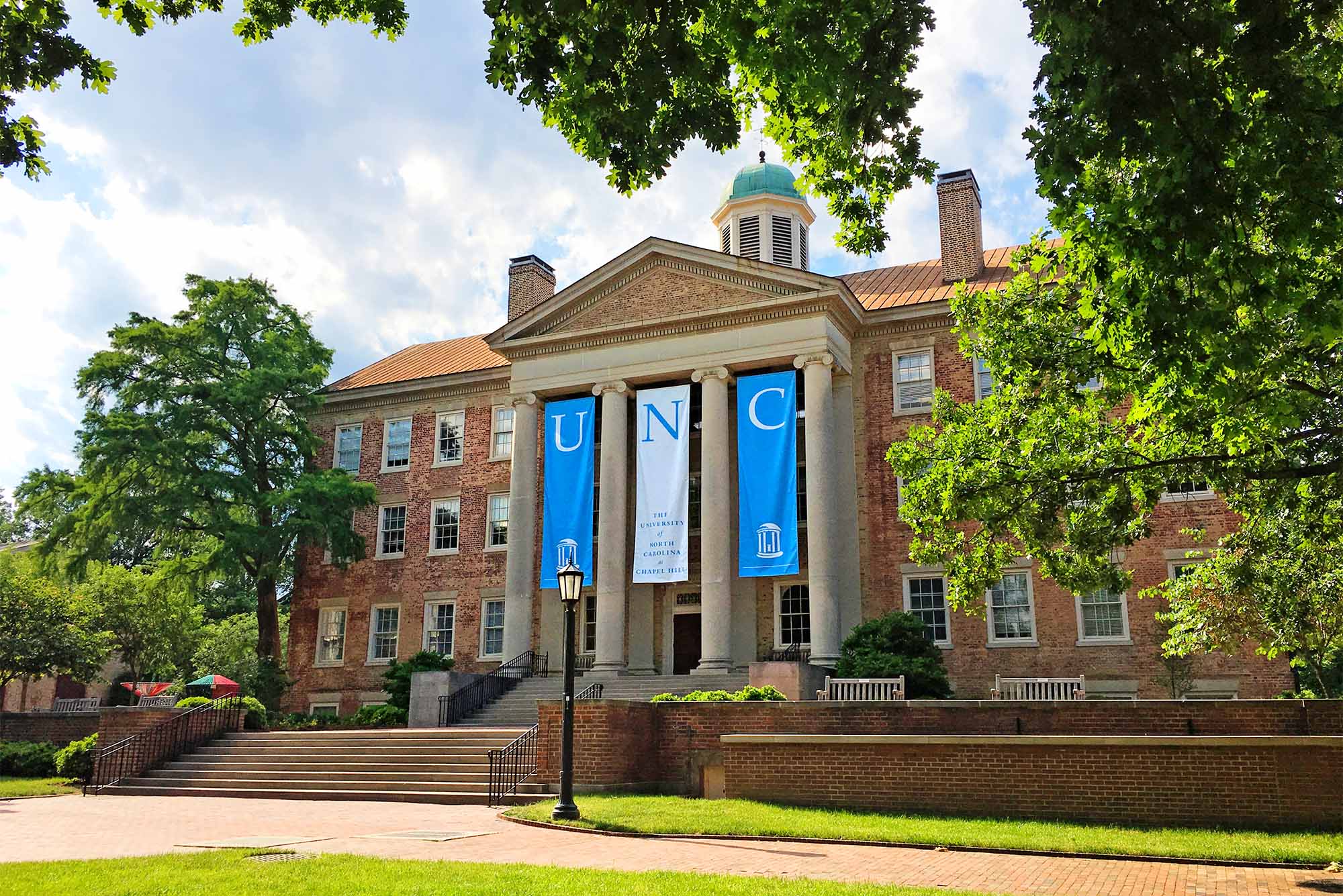 Students for Fair Admissions, the petitioner in two cases involving Harvard and UNC, argues before the Supreme Court on Monday that universities should not be allowed to consider an applicant’s race at all when making admissions decisions. Photo by iStock/DNY59

The Supreme Court Cases That Could End Affirmative Action

A pair of cases before the Supreme Court on October 31 involving the admissions processes at Harvard University and at the University of North Carolina could send shockwaves through higher education—and end affirmative action as we know it.

Students for Fair Admissions argues that universities should not be allowed to consider an applicant’s race at all when making admissions decisions. They argue that the Court should overrule Grutter v. Bollinger, a narrow 2003 case in which justices held that the University of Michigan’s Law School could consider an applicant’s race as one of many factors in its admissions process in an effort to assemble a diverse student body.

While the Harvard and UNC cases pose slightly different questions to the Supreme Court, the implications for higher education institutions and their students—should the Court rule in favor of Students for Fair Admissions—are strikingly similar.

“The plaintiff’s request is not just to eliminate race-conscious admissions, but to forbid universities from even knowing the race of individual applicants,” says Jonathan Feingold, a School of Law associate professor.

According to Harvard’s brief before the Supreme Court, more than 40 percent of all universities, and 60 percent of selective universities, consider race in some form during their admissions processes. The cases being heard on Monday could affect all of them.

A ruling for SFFA would also have an immediate impact on students applying to colleges and universities, says Feingold, who studies the relationship between race and the law.

“What that would entail is essentially censorship of students. Because it would mean that if you are a student for whom your race is a salient aspect of your identity, you are not permitted to write about it in your college essay,” he says.

BU Today spoke with Feingold about what he’ll be listening for during these two cases. This topic was also recently featured in BU’s Question of the Week podcast. And for those interested in listening in on the oral arguments in these two cases, the Supreme Court will broadcast them live, continuing a practice that began during the COVID-19 pandemic.

BU Today: Can you define affirmative action, one of the most important terms that we’re going to be talking about? And explain how the practice factors into these two cases before the Supreme Court?

Feingold: Sure, and to do so, we’ll take a little trip back in time.

So, most of our history, the history of the United States, has been one in which most industries, professions, and sectors were designed to exclude [people] on the basis of race and gender, sometimes class as well, whereby white men—men racialized as white—were in positions of power by design; it’s a function, not a bug. Then, in the mid-1950s and ’60s, you have a shift for various reasons, including some key Supreme Court decisions, like Brown v. Board of Education, which chipped away at Jim Crow[–era laws].

And then in 1964, we had the Civil Rights Act, which contained a number of provisions, including one that prohibited discrimination on the basis of race, and in some incidences even created an affirmative duty on the part of institutions that had a history of segregation to remedy the vestiges of that legacy.

Now, one thing important to know about the Civil Rights Act of 1964 is that it was deeply opposed by segregationists. And it happened to survive the longest filibuster in Senate history and became, I believe, the fifth federal civil rights act ever passed by Congress. And one of the consequences of the Civil Rights Act of 1964 is federal financial assistance can be pulled from institutions that continue to discriminate.

And so that leaves a number of institutions to adopt, either by court order or voluntarily, a range of policies that today we would think of as affirmative-action policies. And the basic design is to open up institutions to people who would have been there were the systems fair and neutral.

And so these are policies happening in fire departments, in Fortune 500 companies, on university campuses. And they take a number of forms. One can be getting rid of exclusionary parts of the selection process. One could be through targeted outreach or recruitment, and another is accounting for an individual’s identity.

The basic logic here is you identify sources of exclusion. That could be something like racism, it could be something like sexism, and then you capture them. You know that sexism matters, and so you account for it by attending to gender. And so that’s one reason why white women, just descriptively, are arguably the biggest beneficiaries of affirmative action.

On the other hand, if you know racism matters, you have to account for it, and you can do that by just seeing and recognizing race. So in a sense, affirmative-action policies are what today we would think of as antiracist reform, just being honest with the way the world works and taking steps to try to alter that, so that you promote equal opportunity.

And by doing so, you actually increase merit and neutrality. Because you’re removing or countering all of these systemic structural forces that have been historically excluding folks who should have been there from the beginning. Harvard and UNC both employ a particular sort of affirmative action policy. One component of it is what many people would refer to as a race-conscious admissions policy.

They both have holistic admission. So for every student, they consider a range of factors. One factor is the student’s racial identity. This sort of policy is supported by 40 years of Supreme Court precedent that says you can do precisely what these two institutions are doing so long as it’s in a holistic sort of process.

BU Today: Another big case in this legal history is Grutter v. Bollinger, which the Court decided in 2003. Can you explain that case and what the Court’s holding was?

Feingold: Sure, so Grutter v. Bollinger—and then there’s also Gratz v. Bollinger—two cases in which you had white plaintiffs who challenged the admissions policies at the University of Michigan’s undergrad campus and their law school. Grutter is the case that involved the law school, and it’s the one that is arguably more well known. And it is the case that the plaintiffs in the Harvard and UNC litigation are asking the Supreme Court to overturn.

And in that case, what the Supreme Court ultimately said was that it is permissible for a university, for a public university under the 14th Amendment, to consider the race of individual applicants—as long as that was done in a holistic admissions process in which the university considered a number of factors, not just race, and so long as it was done to promote the compelling interest of student body diversity.

The only other thing that I’ll add, which sort of brings us back into the time machine, is that Grutter and Gratz were not the first cases in which you had white plaintiffs challenging race-conscious admissions or arguing that because universities considered an applicant’s race, that constituted either unlawful or unconstitutional discrimination.

BU Today: What sorts of questions will you be listening for during oral argument in these cases?

Feingold: There are a couple of questions that I will be looking out for, in part because there are a few different ways in which the Supreme Court could eliminate race-conscious admissions practices.

One way would be to conclude that Harvard and UNC are violating existing Supreme Court precedent—which mandates that universities “narrowly tailor” their consideration of applicant race. [Per such a ruling,] the Supreme Court is not—at least as a formal matter—overturning Grutter and changing legal doctrine. Such a ruling would suggest that Harvard and UNC need to change their admissions practices, but not that race-conscious admissions writ large are unconstitutional.

Were [Chief Justice John] Roberts writing the opinion, I would expect this sort of ruling—because it appears less radical, even if it effectuates the same result. But given the disdain for precedent we saw from the right-wing justices last term, I expect that five justices will overturn the Supreme Court’s well-established precedent that race-conscious admissions processes are permissible if holistic in nature and employed to promote student body diversity.

That’s the second way that the right wing justices could end affirmative action: overturning existing precedent with respect to what constitutes a compelling interest in the law.

And so under Grutter, the Supreme Court reaffirmed that in the context of higher education, the pursuit of student body diversity—including racial diversity—constitutes a compelling interest [for considering race in application processes]. The plaintiffs are directly challenging that precedent, and are asking the Court to overturn Grutter.

My instinct is that there are at least five votes on the Court to overturn Grutter. And so I’m also interested in lines of questions from the justices, particularly justices who we haven’t seen in this context before, like [Neil] Gorsuch and [Brett] Kavanaugh and [Amy] Coney Barrett, on how they talk about racial diversity as a compelling interest and their fidelity to Grutter.

The Supreme Court Cases That Could End Affirmative Action