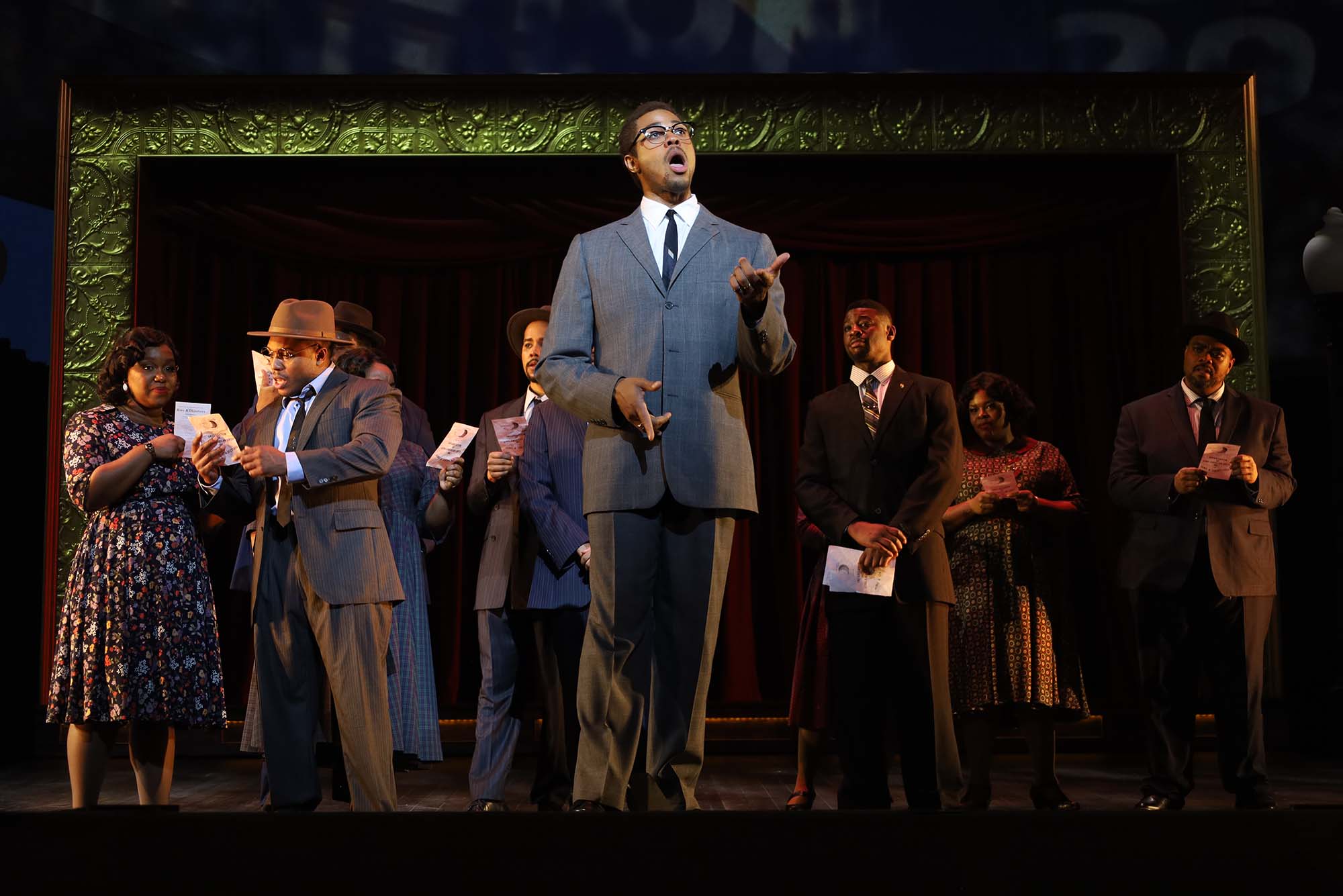 The cast of X, The Life and Times of Malcolm X performing at the Detroit Opera House last month, featuring Davóne Tines in the title role. Photo courtesy of Micah Shumake

To Do This Weekend: An Opera about the Life of Malcolm X

The opera X, The Life and Times of Malcolm X, performed by the Boston Modern Orchestra Project (BMOP) and Odyssey Opera.

The Strand Theatre, 543 Columbia Rd., Dorchester. From campus, the theater is a 25-minute drive by car and about a 45-minute MBTA bus ride: take the #47 bus from Mountfort Street to Ruggles and then the #15 bus to Columbia Road.

It is suggested that patrons give between $10 and $25. Tickets are available here.

Malcolm X is an iconic figure in American history, remembered for his commitment and enduring contributions to the fight for equality during the Civil Rights Movement. His powerful life story has been adapted and dramatized many times, including Spike Lee’s classic 1992 film Malcolm X, and in opera form, X: The Life and Times of Malcolm X, which premiered in New York City in 1985.

Written by Pulitzer Prize–winner Anthony Davis and performed by the Boston Modern Orchestra Project, the opera will play for one night at Dorchester’s Strand Theatre, just blocks away from the Roxbury home where Malcolm X lived with his half-sister during much of his adolescence. The ambitious three-act opera covers Malcolm X’s life story and features elements of swing, scat, jazz, and rap music combined with traditional operatic writing to tell its story in a distinct style. Audience members can expect a performance that’s not only educational, but is also a uniquely captivating examination of an American icon.

The opera has been updated from its original version, and a performance will be recorded at the Strand this weekend and released at a later date.

Audience members will also be able to see an exhibition of Boston Arts Academy student projects related to the life of Malcolm X in the lobby of the Strand Theatre before, during, and after the production. Their creations include videos, visual art, and dance performances.

X: The Life and Times of Malcolm X kicks off a BMOP series of five operas that depict vital figures of Black liberation and thought across 250 years of history, titled As Told By: History, Race, and Justice on the Opera Stage.

To Do This Weekend: An Opera about the Life of Malcolm X

There is 1 comment on To Do This Weekend: An Opera about the Life of Malcolm X

To Do This Weekend: An Opera about the Life of Malcolm X
1
share this