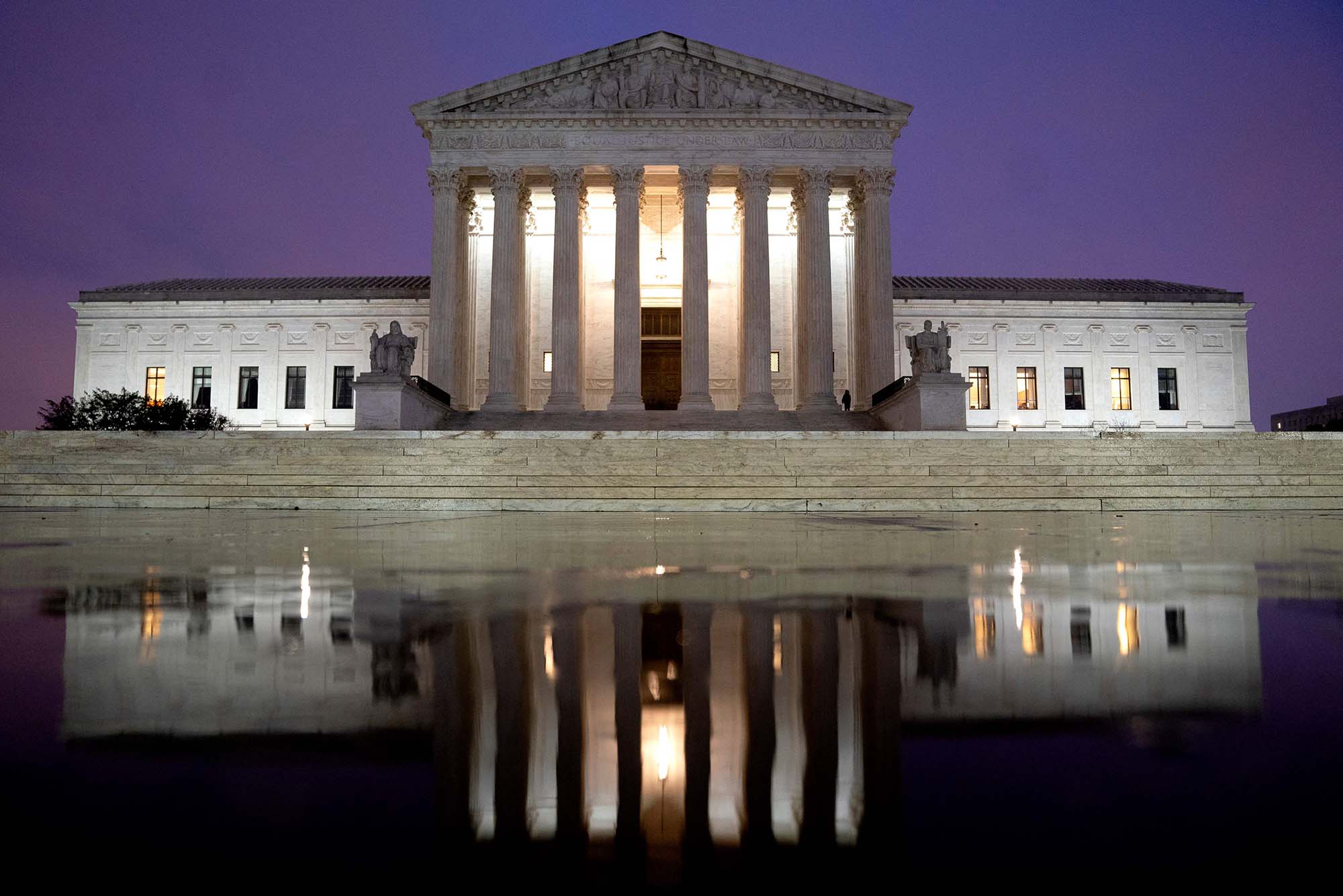 The US Supreme Court decided Thompson v. Clark  in favor of Larry Thompson, by a 6-3 vote, on April 4. Photo by Stefani Reynolds/AFP via Getty Images

Amicus brief filed by LAW dean and Center for Antiracist Research staff may have played a role in Court’s decision in Thompson v. Clark

The little-known civil rights case started back in 2014. The ruling came in 2022. And when the US Supreme Court decided Thompson v. Clark this week in favor of Larry Thompson, by a 6-3 vote, both the BU School of Law and the BU Center for Antiracist Research (CAR) had cause for joy and relief.

The backstory: in January 2014, Thompson, a Navy veteran and postal worker, was living in Brooklyn with his fiancée, their newborn, and Thompson’s sister-in-law. The baby was a week old when the sister-in-law called 911 to claim that Thompson had sexually abused the infant, pointing to a red rash on the baby’s buttocks as proof. Four officers came to the house and when Thompson refused to let them in without a warrant, they tackled him, pinned him to the floor, and arrested him, with one officer filing criminal complaint charges that he resisted arrest (a charge that was later dropped without any explanation).

But when the hospital said the baby merely had a diaper rash, Thompson, who had spent two days in jail, sued the police under a 150-year-old federal civil rights law, known as Section 1983, that lets citizens sue state officials over violations of their constitutional rights, even after prosecutors drop all charges. He claimed the officers had violated the Fourth Amendment, which prohibits “unreasonable seizures.”

In support of Thompson’s argument, LAW Dean Angela Onwuachi-Willig, Glass, Khoshkhoo, Jasmine Gonzales Rose, a School of Law professor of law and CAR deputy director of research and policy, submitted an amicus brief to the Supreme Court, arguing that Thompson’s rights had been violated.

While it’s not known if the amicus brief influenced any of the justices directly, the editor of the Supreme Court Press, which assists with preparing documents for SCOTUS, emailed the brief’s authors: “Congratulations—Your amicus brief was successful. This is a message to the BU team that we worked with on the amicus curiae brief in Thompson v. Clark et al. Your case was reversed and remanded. Amicus briefs are a unique and powerful method for directly interfacing with government on important matters and your voice was heard.”

“When I read the opinion, I felt such joy,” Gonzales Rose says. “A plaintiff bringing a Fourth Amendment claim for malicious prosecution need only show that their prosecution ended without a conviction to have their proverbial day in court! I was also relieved that the majority did not follow Justice Alito’s dissent and allow this case to be an excuse to eliminate malicious prosecution claims.”

BU Today asked Gonzales Rose, Khoshkhoo, and Glass for perspective on the ruling’s importance. They answered together.

BU Today: Of all the cases the Supreme Court agrees to hear, why was this particular little-known civil rights case important enough for you to become involved with an amicus brief?

This case has significant implications for racial justice, even though racism was not a focus of the issues presented to the Supreme Court. We saw an opportunity to explain how Mr. Thompson’s case connects to broader issues of racialized police misconduct, and why the “indications-of-innocence” standard is not only nonsensical, but also racist.

The indications-of-innocence standard is part of a web of technical barriers to police accountability that are frequently overlooked and need to be removed—like qualified immunity. We wanted to illustrate why this somewhat complicated and technical legal standard causes real-world harms, particularly for BIPOC [Black, indigenous, people of color].

BU Today: Given the current conservative 6-3 makeup of the US Supreme Court, did the ruling in Thompson v. Clark surprise you?

You never know what courts will do, but the Court’s ruling should not be a surprise given that the original purpose of Section 1983 was to hold state actors accountable for civil rights violations, and the “indications-of-innocence” standard impeded that purpose.

BU Today: As the word of this ruling spreads and reaches the level of police departments and prosecutors, how do you hope it will help to change behaviors and relationships between law enforcement and the BIPOC community?

Our hope is that this ruling will help deter racialized police misconduct. We hope that when police officers learn that dismissals no longer foreclose federal civil rights claims regarding false charges, they will think twice before pursuing false charges in the first place.

That said, as noted by Justice [Brett] Kavanaugh in the Thompson v. Clark opinion, officers are still protected by the doctrine of qualified immunity. There are still many procedural hurdles to police accountability, and we plan to keep finding ways to challenge them.

BU Today: In the case of Larry Thompson, how would this case have unfolded differently if this ruling had been in place?

If the indications-of-innocence standard had not been in place when Mr. Thompson first sought civil redress, his Fourth Amendment malicious prosecution claim could have been adjudicated years ago. Based on the Court’s decision [April 4], hopefully anyone with such a potentially meritorious claim in the future will not have to go through such a lengthy and burdensome process to seek justice.