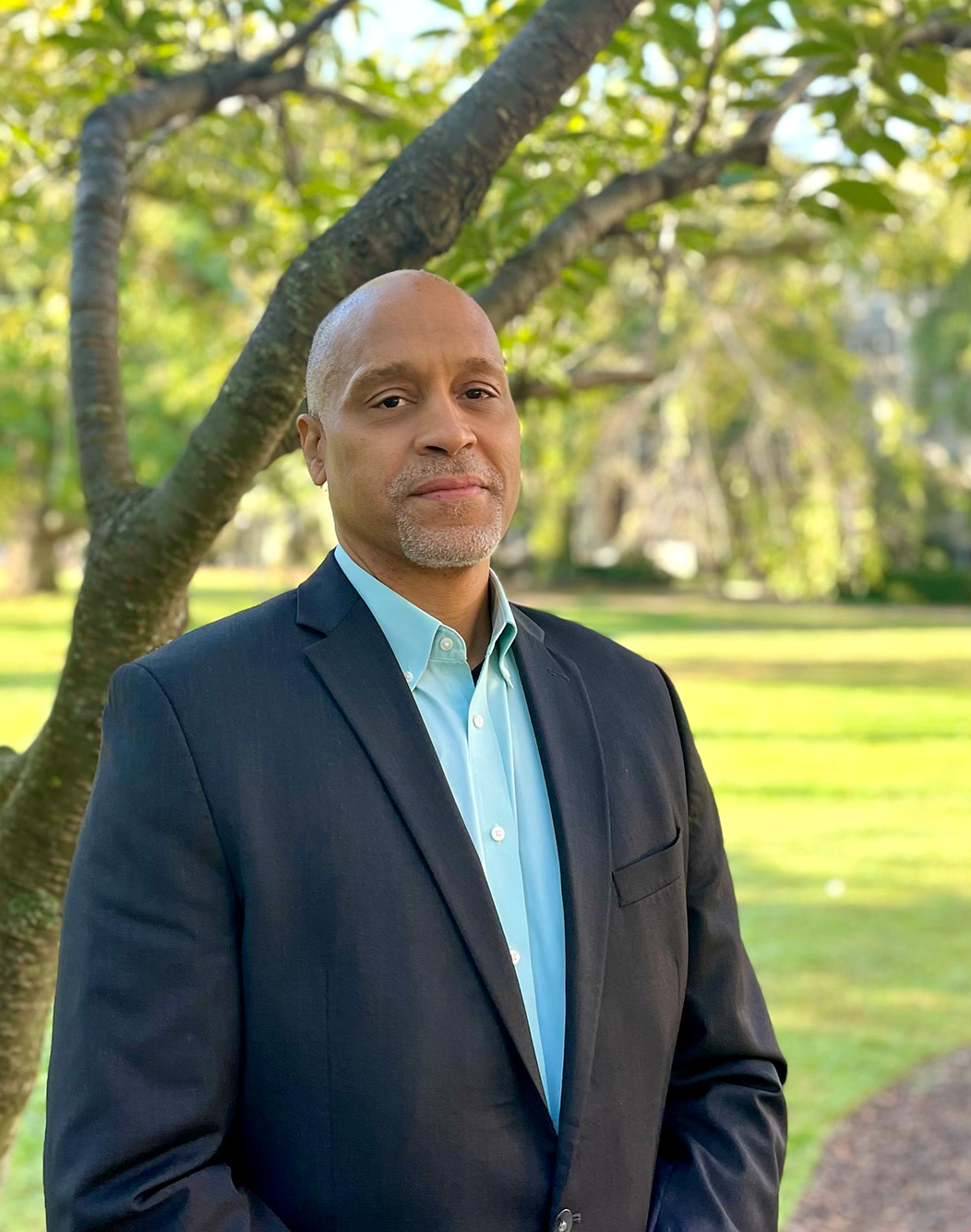 Scott Taylor, a scholar of African politics and vice dean for diversity, equity, and inclusion at Georgetown’s Edmund A. Walsh School of Foreign Service, is the new dean of BU’s Frederick S. Pardee School of Global Studies.

“Pardee is a young school and part of one of the country’s top universities,” says Taylor, who is only Pardee’s second dean. “The school also has an outstanding faculty and student body, and this combination offers a tremendous opportunity for growth and innovation. As someone who is deeply committed to academic excellence, global affairs, inclusion, and institution-building, the opportunity to lead a school like Pardee is an extraordinary privilege.”

It’s also vital in an era of severe global challenges, he adds. “At no time in recent memory has robust and comprehensive international affairs education been more urgent and important. Everything from climate change to an attack on a nuclear plant in Ukraine or the spread of pathogens that originated in some far corner of the world to a shortage of microchips—you name it—affects all of us.

“Threats to democracy, ethnic violence, record numbers of refugees—the list goes on. These are not local problems, but global ones, requiring new ways of thinking. For future world leaders, dealing with these challenges also presents incredible opportunities for innovation, collaboration, and inclusive solutions. Pardee will continue to play a key role—it must play an expanded role—in educating and equipping the next generation of global leaders, across a wide array of fields.”

At no time in recent memory has robust and comprehensive international affairs education been more urgent and important.

“Doctor Taylor brings exceptional leadership qualities to BU,” says Jean Morrison, University provost and chief academic officer, “both as one of our nation’s preeminent scholars of the politics and economics of sub-Saharan Africa and as a community builder—bringing together faculty across disciplines, engaging students, and developing innovative programs and curricula that advance the human condition. We are excited to welcome him to Boston and believe he is uniquely positioned to guide the Pardee School to new levels of growth and success.”

On his to-do list, the new dean says, will be building on Pardee’s strategic plan. “Among my priorities,” he says, “are to enhance excellence in the undergraduate program and continue to strengthen our graduate programs, and to augment our already impressive foundations in area studies. The larger goal is to cement Pardee’s place among the leading schools of international affairs, not just nationally, but globally. This, of course, includes attracting diverse faculty and students, which is essential for a school of this stature.”

Taylor’s Africa scholarship focuses on politics and business in developing nations, private sector development, governance, and political and economic reform. He has written or cowritten four books: Politics in Southern Africa: Transition and Transformation; Culture and Customs of Zambia; Business and the State in Southern Africa: The Politics of Economic Reform; and Globalization and the Cultures of Business in Africa: From Patrimonialism to Profit.

In addition, he has consulted for the World Bank, the US Agency for International Development, the Carter Center, and the African Development Bank, among others. Widely traveled in Africa, he served as an election observer in Ghana, Liberia, Kenya, Mozambique, Nigeria, Zambia, and Zimbabwe, and has lived in both Zambia and Zimbabwe.

Taylor earned a bachelor’s degree as a government major at Dartmouth, and master’s and doctoral degrees in political science from Emory University.