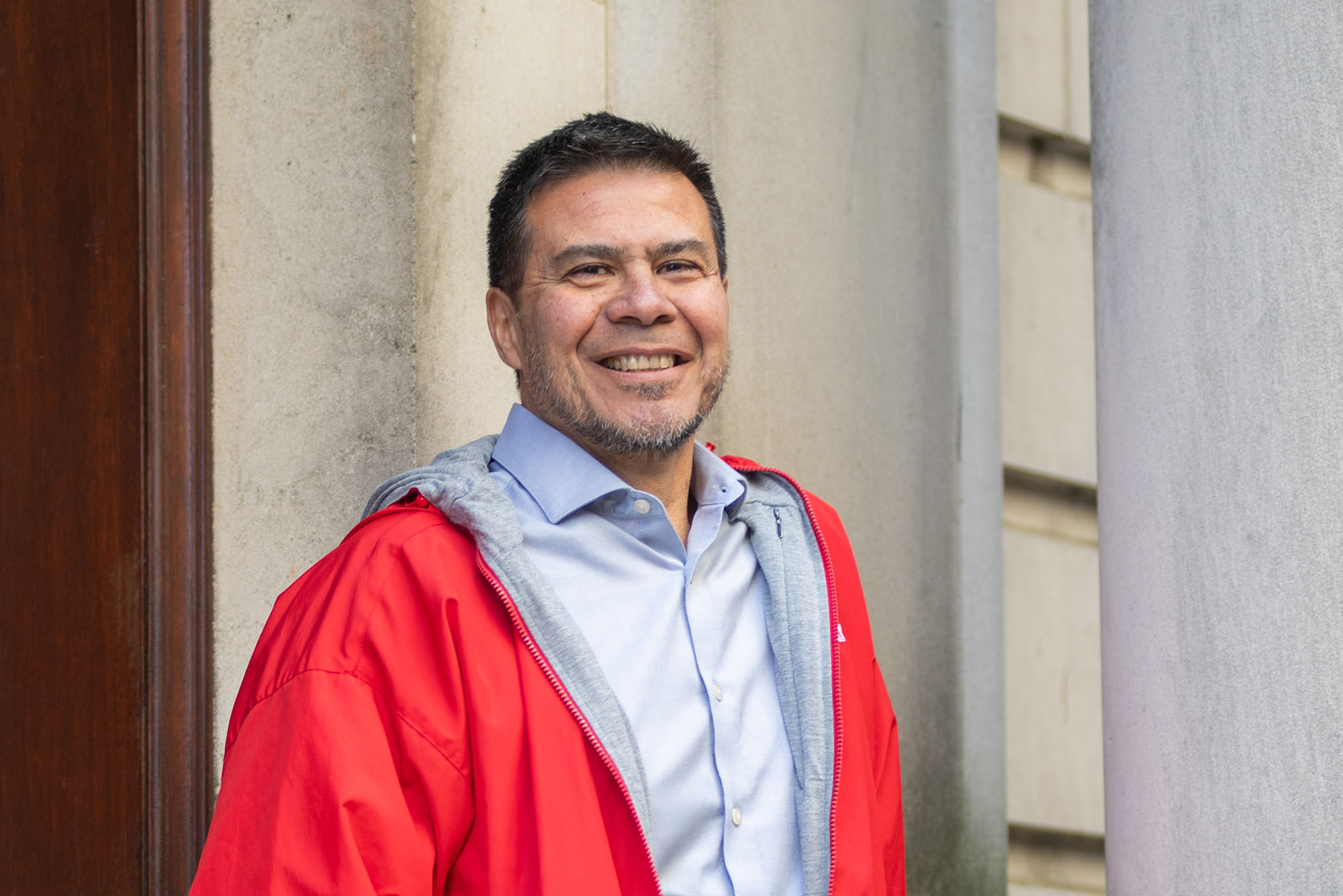 Jorge Delva will step down as dean of the School of Social Work, having raised its scholarly profile and diversity efforts.

After a sabbatical, he’ll return to teaching and research at BU

As a black belt in aikido, Jorge Delva trained in turning an opponent’s momentum against him. As dean of the School of Social Work  since 2018, BU charged him with putting his intellectual muscle in support of the school’s forward momentum, expanding its scholarship and diversity efforts.

Delva will be leaving as dean, and as director of SSW’s Center for Innovation in Social Work and Health (CISWH), at the end of the 2022-2023 academic year. After a sabbatical, he’ll return to teaching and research at SSW.

That successor, he says, will implement SSW’s new strategic plan, whose completion Delva counts among his proudest achievements as dean. Its “core purpose is to dismantle injustice and liberate possibilities,” he says. “Our goal is ‘to be a global model in social economic, racial, gender, and climate justice transformation.’ And I believe the school is well on its way to achieving that.”

The plan builds on the school’s addressing of racial injustices that were magnified through the pandemic, he says. For example, SSW researchers have probed such topics as how parents can prepare their children for racial discrimination and anti-Asian discrimination during the pandemic, in the wake of former president Donald Trump calling COVID-19 “the China virus.”

“The new dean will collaborate across our teaching, research, service, and partnership areas that are focused on enhancing racial and social justice and dismantling oppressive systems,” Delva says. “It is not a small task, but the SSW community is very committed and determined.”

Jean Morrison, BU provost and chief academic officer, says nationwide searches for both the deanship and the CISWH directorship will begin this fall.

“Dr. Delva has been an effective and respected leader at SSW over the last four years,” she says, “guiding the school’s continued ascent as a destination for social work scholarship and practice.” In particular, Morrison cited his furthering the growth of CISWH as “one of the nation’s premier interdisciplinary centers expanding the impact of social work and social workers in healthcare delivery, public health, and global health.”

She also lauded Delva’s role in drafting the school’s new strategic plan through 2050, with policies enhancing “diversity, equity, inclusion, and justice within the school and the field” and expanding scholarship in social work.

Delva was a budding electrical engineer at the University of Hawaii in the 1980s until xenophobia and the noticeably meager support for poor Pacific Islanders redirected his passion to social work. After earning bachelor’s, master’s, and doctoral degrees there, he taught at the University of Michigan, his academic posting before BU. He was a professor in the school’s social work program, then ranked number-one nationally, and he directed community engagement for a National Institutes of Health center in clinical and health research.

His more than 160 publications and hundreds of presentations have been focused mostly on economic disadvantage, in particular addiction, among Hispanic, African American, and American Indian populations. In Michigan, he studied children of undocumented parents in the Ann Arbor area, telling BU Today in 2017 that it might have been the most emotionally daunting work of his career: hours interviewing kids who lived in constant fear that their parents might be deported, which often kept them at home except for attending school.

“It’s just heartbreaking,” he said at the time. “When I would do that work, before I went home, I would have to stop somewhere to decompress for at least an hour.”

The native Chilean and son of elementary school teachers emigrated during that country’s Pinochet dictatorship with family members and settled with an aunt in Hawaii. In addition to aikido, he studied Buddhism, Tibetan culture, and Mandarin, the latter in anticipation of working in China in that later discarded engineering career.