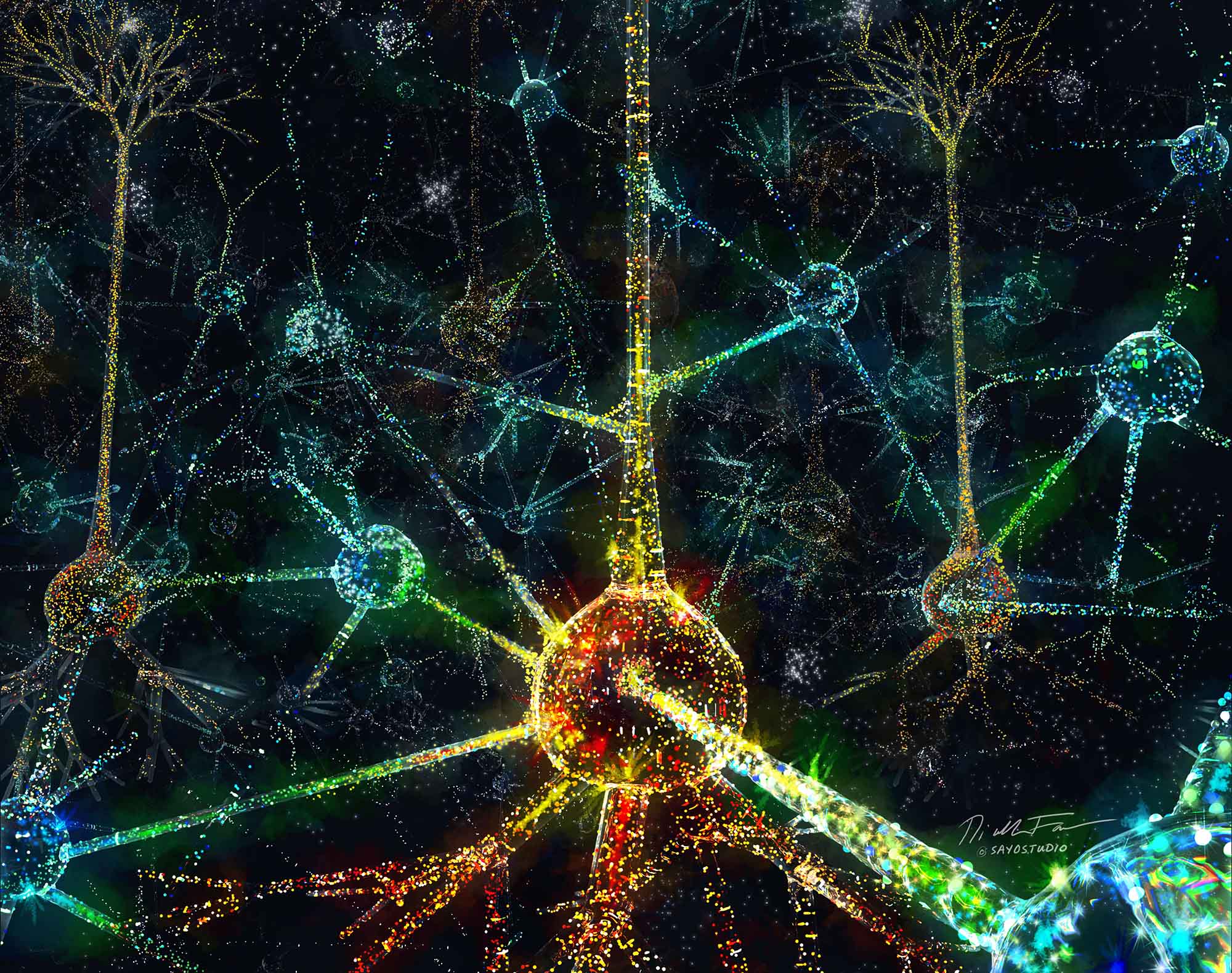 Why Do We All Feel Touch Differently?

When you touch something, whether stepping onto a sandy beach or stroking the back of a dog, sensations fly into your brain. You feel the coarse grain of the sand under your feet, the fluffiness of the fur on your hand. But you also bring a bit of yourself into the feeling: Along with the external stimulation from the beach or pup, there’s the memory of past moments—toweling sand from your toes during a summer vacation, snuggling with a much-missed family pet. We all agree that something feels abrasive or soft, but interpret that sensation slightly differently.

“When we perceive our environment, we’re actually doing two things,” says Boston University neurobiologist Jerry Chen, an expert on cognitive function. “We’re taking in all the senses, all the physical elements of the world; at the same time, we are applying our own types of inference, subjective interpretation of what we think we’re perceiving.”

In a new study published in Science, Chen illuminates that process, showing how the brain combines external information and internal memory to build a sense of touch. Looking at mouse brains, Chen and a team of researchers from BU and the Allen Institute for Brain Science discovered a circuit in the primary somatosensory cortex—the part of the brain that receives signals related to touch, temperature, and pain—that’s dedicated to computing tactile information. He says the circuit helps the brain figure out how to balance the stimulation coming from outside the body with existing knowledge. The study may be significant for our understanding of a range of neurological disorders and neuropsychiatric diseases that can alter sensory perception, from strokes to autism spectrum disorder. Improved knowledge of the brain’s circuits, says Chen, a BU College of Arts & Sciences assistant professor of biology, may pave the way for more targeted treatments and interventions.

As part of their dive into the brain’s workings, the team developed a new method for surveying and watching cells: a platform that generates activity in the brain, shows the molecular composition of the firing cells, and helps compute all of the data. It allowed Chen to look at how different neurons in the cortex reacted and communicated when an animal touched an object—and how those neurons adapted when something in the environment shifted.

Chen and his team used the Allen Institute’s atlas of the mouse brain—a catalog of the different types of brain cells—as a starting point for the project. Chen, a former Allen Institute Next Generation Leader, says the atlas is great for pinpointing the location and category of a neuron, but it doesn’t really tell researchers much about the neuron’s functions. His findings bring that detail and color. “It’s another level of understanding for how everything fits together,” says Chen, who’s also a BU College of Engineering assistant professor of biomedical engineering. “The biggest thing is that we’ve married the catalog with the functional definition—that’s really going to open up a lot of ways for us to understand the brain.”

The Brink spoke with Chen about his findings and their potential for improving our knowledge and care of the brain.

The Brink: What do your findings reveal?

Jerry Chen: When you’re perceiving the world around you, your brain does a combination of processing the stimuli that make up the scene, but it also tries to fill information based on what you’ve learned in the past to help you interpret what you’re sensing. For example, let’s say you’re rummaging through a bag feeling around for your car keys. Your brain has learned what keys feel like, so it’s filling in information as you are feeling objects of different textures or shapes to guide your search. However, there are times when you feel something, like a sharp edge, that really jumps out and tells you that you’re on the right track and that you’ve maybe found your keys. Our findings essentially uncover that there is a dedicated circuit composed of specific cells in the catalog that we call hub cells. These cells help to alert the brain that you’ve come across a salient feature that needs to be investigated further.

The Brink: Did anything about those hub cells surprise you?

Jerry Chen: The hub cells, which we identified to be important for feature detection, also respond in interesting ways when your environment changes. There are a certain set of genes that are known to be important for learning and adaptability and that can go up or down depending on changing environments. We found that those genes are always on in hub cells, which goes against some current principles. When environments change, these cells respond by trying to compensate for these changes.

The Brink: What’s the significance of your findings?

Jerry Chen: Our findings have relevance for a range of neurological disorders, such as stroke, and neuropsychiatric diseases, such as autism spectrum disorder, where an individual’s sense of perception can be altered. Rather than viewing the brain as a homogenous piece of tissue, understanding which specific cell types are the most relevant will allow us to develop treatments that can be highly targeted.

This marks exciting progress toward directly treating the underlying cause of specific symptoms, while also potentially avoiding unwanted side effects from other therapeutics and interventions. One big complication of therapies these days with brain disorders is they’re not only affecting the circuit of interest, but they’re affecting other circuits that you don’t want to necessarily mess with. The fact that we have a genetic handle on these specific circuits means that one could potentially design target therapies that will affect only those circuits.

The Brink: You worked with the Allen Institute for Brain Science to apply its neuron catalog census of all of the types of cells in the brain. How did you use the catalog in this study?

Jerry Chen: The catalog only describes the molecular composition of the neurons, but it doesn’t necessarily say anything about the function of the neurons or the computations they perform. The technology that my research team developed leverages this new information from the catalog, and adds the next layer of information, which is the activity patterns of the cells. It allows us to home in on and study the function of the cells in the catalog in a comprehensive manner. This is why we call it Comprehensive Readout of Activity and Cell type MarKers, or CRACK, a pun on cracking neural circuits. We applied the CRACK platform to study a specific part of the cortex involved with our perception of touch. We looked at how the different neurons from the catalog process information and talk to other neurons when an animal touches objects in their environment. We also looked at how the neurons adapt when the environment changes.

Our CRACK technology will pave the way for a catalog 2.0, allowing researchers to collect both molecular and functional information about all of the cells in the brain. People can start to apply this platform to understand how different parts of the mouse brain work. We are already moving over to a different part of the brain that’s related to sensory memory.

Our overall goal is to understand the human brain, and so a lot of this cataloguing that’s happening in the mouse brain, is really just a pilot for being able to generate a similar catalog of the human brain.

The Brink: What made you want to examine this issue?

Jerry Chen: Our lab is interested in studying the neural basis for perception and cognition. The brain is the most complex organ in the body. That complexity is partially defined by the fact that billions of the neurons in the brain are not all the same. There are hundreds of thousands of different types of neurons, serving different functions and carrying out different computations. To really understand how the brain operates, we need to deconstruct the brain down to its individual components and then start asking how these components interact during behavior.

The Brink: What do you hope to study next?

Jerry Chen: There are a lot of directions that we’re going in based on our new technology and findings. The idea of dedicated circuits for neuronal plasticity composed of specific cell types in the catalog—the surprise finding in our study—is especially intriguing. This is one area that we’re following up on; we’re specifically looking at potentially similar types of circuits in other parts of the brain and how they function, both during learning and memory, and across time.

This research was supported with funding from a National Institutes of Health New Innovator Award, the Brain Research Through Advancing Innovative Neurotechnologies (BRAIN) Initiative, and the National Institute of Mental Health.

Why Do We All Feel Touch Differently?

There are 2 comments on Why Do We All Feel Touch Differently?

Why Do We All Feel Touch Differently?
2
share this