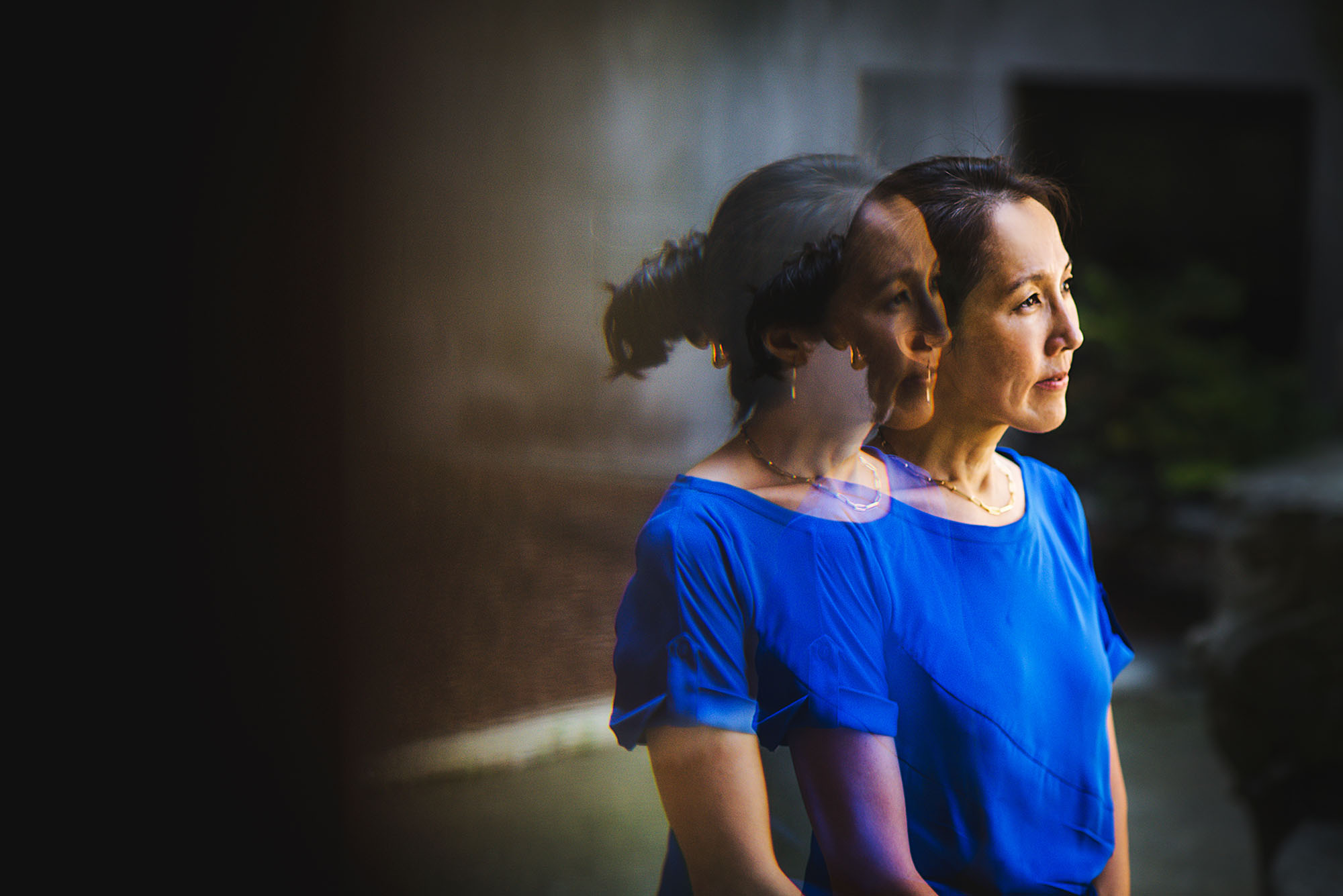 Addiction psychologist and health inequities expert Christina Lee, a BU School of Social Work associate professor, has found people may turn to alcohol in an attempt to cope with the negative mental health impacts of discrimination.

How Racism and Bias Influence Substance Use and Addiction Treatment

Kicking a heroin or opioid use disorder through a methadone treatment program takes dedication and lots of time. Every morning, often before the sun is up, patients at public clinics stand in line, waiting for their turn to be watched as they swig a little cup of the powerful medicine. It’s a process they’ll have to repeat day after day—perhaps for at least a year depending on their treatment plan. Little wonder some call methadone “liquid handcuffs.” But there is an alternative: buprenorphine. It can be prescribed in a doctor’s office and taken in the comfort of a private home. No standing in line, no distrust, no stigma.

Now guess which treatment white people are more likely to have access to compared to people of color. The answer is perhaps sadly predictable: buprenorphine.

For addiction psychologist and health inequities expert Christina Lee, it’s just another example of something she sees demonstrated again and again in her research: substance use treatment is a social justice issue. A BU School of Social Work associate professor, she studies the impact discrimination, racism, and bias have on risky behaviors, especially excessive drinking, and efforts to curb them. In a series of recent papers, Lee has examined ways of making addiction treatment more socially and culturally aware, showing how boosting counselors’ attention to the inequities and stresses faced by heavy drinkers—particularly Latinx people—can improve treatment outcomes. She’s also found a connection between discrimination and depression, a substance use risk factor.

“I’m hoping, individual by individual, to contribute toward equity,” says Lee, who’s also a research affiliate at the BU Center for Antiracist Research. “People working in addictions really want to help their clients. They know that discrimination and racism are an issue, but there is no instruction or encouragement on how to have difficult conversations about how racism has impacted unhealthy substance use.”

Through her research, she’s writing those instructions. And, in sharing them with providers, Lee aims to spread awareness about how confronting racism and discrimination can help people with a substance use disorder, giving them the space they need to shake off the oppression of their disease.

Lee has long been fascinated by immigrant stories—particularly by how people balance their past and present, navigating a life rooted in one place, but growing in another. It’s not an abstract academic interest—it’s her family’s story. Lee’s parents immigrated from Korea and she says they never fully adjusted to life in America.

“They had mainly Korean friends and we went to Korean Church,” she says. “Growing up, I had a good insider-outsider perspective, where I saw how things in the US were different from my home and how my parents felt being in the US. It gave me a keen appreciation for people who couldn’t advocate for themselves, because I was once there and saw how systems of exclusion impacted people close to me.”

That exclusion and impact is something Lee now considers in her research, examining why people are not treated alike when it comes to substance use prevention and care.

“If you can’t speak English, you’re treated differently,” she says. “If you’re not what people expect, if you have a certain skin color, a darker color, if you don’t look like your treatment provider, it’s a harder road. That’s what I observed when I started my career as a substance use treatment counselor.”

If you can’t speak English, you’re treated differently. If you’re not what people expect, if you have a certain skin color, a darker color, if you don’t look like your treatment provider, it’s a harder road.

As a National Institutes of Health–funded predoctoral fellow in psychology, Lee looked at societal attitudes toward heavy drinkers: she found that only white men were viewed with sympathy; those from other groups were assessed more harshly.

“It started me thinking more about substance use as something that people really vary in their attitudes about—if you’re going to make an unfair decision, to judge people, you’re most likely to do it when it comes to addiction.”

When she started a postdoc in addiction research and treatment, Lee’s proposal for a study on the impact of substance use disorders on the Latinx community was met with skepticism. Her colleagues’ pushback was likely rooted in the fact that Latinx people aren’t fixtures in treatment programs. They don’t drink more than any other racial or ethnic group—in fact, they tend to hit the bottle a lot less, especially compared to white people, whose alcohol consumption outstrips other groups. But what Lee had begun to see was that they’re still more likely to suffer negative consequences when they do drink—like death from liver cirrhosis or a citation for driving under the influence. And they’re less likely to get help for an alcohol use disorder, join Alcoholics Anonymous, or stick with a treatment program.

“Disparities have a lot to do with Latinx communities experiencing more consequences for their use, even though they don’t drink as much,” says Lee, research core director at SSW’s Center for Innovation in Social Work & Health. “The patterns are different—there’s more heavy drinking and that’s related to a lot of negative health consequences.”

A big driver, she says, is a feeling of not belonging in the United States, not being wanted. “And that’s certainly been exacerbated since 2016,” Lee says, referencing the shift in the political climate that followed the election of President Donald Trump.

Drinking to Cope with Discrimination

In a 2021 paper in the Journal of Substance Abuse Treatment, Lee interviewed Latinx heavy drinkers—defined as those having at least four to five drinks per occasion more than once a month—about how structural racism impacted their mental health and alcohol use.

She found experiences of exclusion and discrimination—from fears of unfair arrest to difficulties accessing health and education—left people feeling depressed and anxious. As their isolation increased, their mood and mental health worsened, and they began drinking to cope. A majority of the qualitative study’s participants—20 out of 24—said they used alcohol to deal with negative emotions. Lee and her coauthors concluded that understanding the discrimination people faced was essential to better treatment, while acknowledging that not everything could be solved in the clinic.

“Policy interventions that combat structural racism and focus on increasing access to education and employment,” they wrote, “will help to minimize health inequities related to substance use.”

Policy interventions that combat structural racism and focus on increasing access to education and employment will help to minimize health inequities related to substance use.

Lee advocates for prevention-based policies like increased funding for Head Start services or documentation for immigrants who worked in essential roles during the pandemic. But she’s also helped build and refine a specially adapted version of a common counseling technique—known as motivational interviewing—for addiction specialists to use with Latinx people with the goal of closing treatment disparities.

Motivational interviewing targets a patient’s willingness—however slight—to change, tapping into their values and goals to build up their resolve. Typically, clinicians guide patients through a series of steps: a nonjudgmental conversation about drinking to build rapport, discussing dreams and hopes, exploring drinking levels and their consequences, and building a plan for changing habits. Lee’s tweaked version also encourages clinicians to discuss immigration stories as they build a relationship with patients, share ethnic-specific drinking stats, and talk about the unique social- and individual-level stressors facing Latinx people that may increase their drinking risk.

“The central change has to do with actually eliciting or measuring discrimination and stigma that people experience, then providing that as feedback—and connecting it to their decisions to drink and the actual effects—in the context of the motivational interview,” says Lee, whose book summarizing her approach is due out in 2023. “We’re using a lot of ways to elicit self-affirming statements from people, so they remember, ‘Yeah, I’m still this person, even though I experienced this terrible thing.’”

We’re using a lot of ways to elicit self-affirming statements from people, so they remember, ‘Yeah, I’m still this person, even though I experienced this terrible thing.’

In a 2019 study of the adapted technique with Latinx heavy drinkers, Lee found it had a significant impact on drinking rates: after three months, the average participant’s percentage of days with more than four or five drinks dropped from 36 percent to 24 percent. After a year, it was down to 21 percent. The technique was especially effective for those who faced high levels of discrimination.

Lee acknowledges that talking about race, racism, or stigma due to immigration status might be difficult for some—especially white—healthcare providers. But she says small steps can help—even just asking a patient about their experiences of discrimination.

“I appreciate the anxiety about not wanting to say the wrong thing,” she says. “But that is the main contribution of our approach—it encourages and provides this clinical structure and reassurance to clinicians.”

They’re lessons Lee is now bringing to other marginalized communities: she’s hoping to start a study, in partnership with Boston’s Codman Square Health Center, examining the impact of her modified treatment approach with Black people who have a substance use disorder. And she’s also sharing her findings with current and future providers, teaching established practitioners at community health centers, as well as BU students taking her class, Substance Use Disorders: Assessment and Intervention.

“I’ve started teaching in terms of helping people to understand that the kinds of substance use treatment we provide—and where and how—is a social justice issue,” she says. “If you look at it from a historical perspective, policies around substance use have been used to police people, police populations.” That includes the liquid handcuffs of methadone clinics, but also more punitive punishments for drug possession and use: “You need to bring that awareness when you meet with your patients.”

How Racism and Bias Influence Substance Use and Addiction Treatment