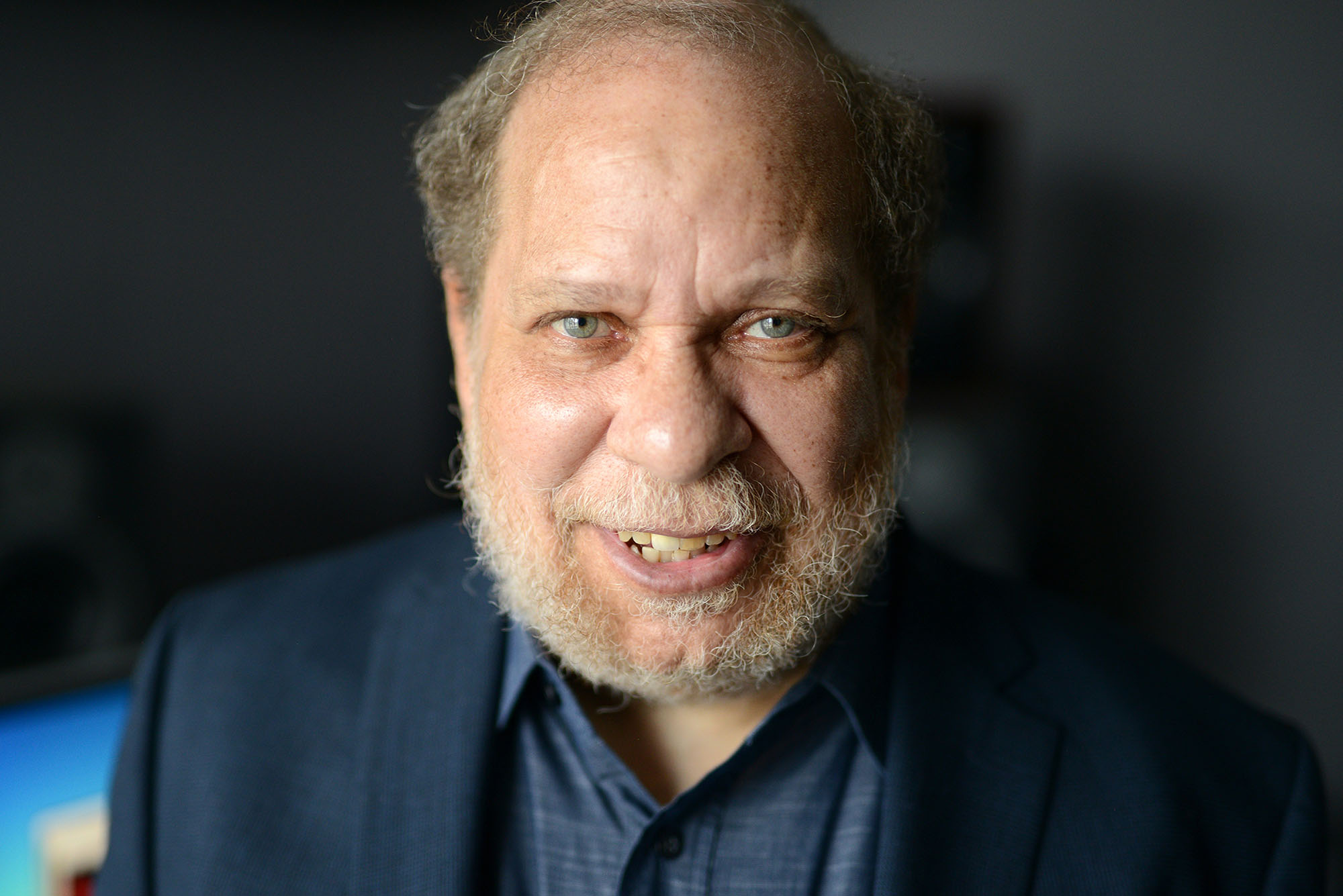 Jazz radio legend Eric Jackson got his start after applying to WTBU while a freshman in the College of Arts & Sciences. Photo courtesy of Meredith Nierman/GBH News

WGBH says the host, who studied at BU, “inspired audiences in Boston and across the world with his unmatched knowledge of Jazz and the history of African American music”

Eric Jackson, known as the “dean of Boston Jazz Radio,” built a loyal and devoted following of listeners who were as passionate about jazz music (and much more) as he was over his decades-long career. Jackson, who studied in the College of Arts & Sciences in the late 1960s, died over the weekend, at age 72.

A statement from WGBH says: “Eric was known widely as the ‘Dean of Boston Jazz Radio.’ For more than 50 years, he inspired audiences in Boston and across the world with his unmatched knowledge of Jazz and the history of African American music. Eric first joined GBH as a regular host in 1977, quickly emerging as one of public broadcasting’s most popular and knowledgeable on-air personalities. He shared his knowledge and his love of music with all of us, inspiring future generations of musicians, broadcasters and music lovers. Thank you, Eric, for sharing the joy you found in music with us.”

In a 2012 BU Today profile, Jackson, who was born in Providence, said he came to BU planning to become a psychiatrist. But that changed as he fell in love with music. While at the University, he started some side radio gigs, including a jazz program at WBUR, and when he left BU, he started working at Harvard’s WHRB in the early 1970s before eventually hosting a Sunday afternoon jazz program at WILD.

Following is a short excerpt from BU Today’s profile:

Music permeates his life. He’s on the air eight to midnight, Monday through Thursday, and when he’s not, he’s listening to music “pretty much all the time,” he acknowledges. “I’m always reading and learning something that turns me to the CD player. All day long, I listen to music; it’s a physical process—some people would go nuts. But it’s part of me—I grow with it.” A frequent lecturer and an author, Jackson teaches The African-American Experience Through Music at Northeastern University and has also developed exhibitions for the American Jazz Museum in Kansas City.

Raised in a music-loving family (father Samuel was a “huge jazz fan” and the first African American radio announcer in New England), he segued from the popular Motown music of his teens to the innovative jazz of Miles and Trane (Jackson calls Miles Davis and John Coltrane “the pillars of their time”) as a college student. In his freshman year at the College of Arts & Sciences, Jackson applied to student radio station WTBU—“no experience necessary” read the ad—and got his start as an announcer in 1969. His first show was R&B, which he soon expanded to three shows, adding jazz and mixed music. When he asked his program director why he was on the air more than anyone else, the director replied: “Because when you’re on the radio, I get quality radio.

Social media lit up on Monday with tributes to Jackson as word spread:

There are 4 comments on Eric Jackson, Dean of Boston Jazz Radio, Dies at 72