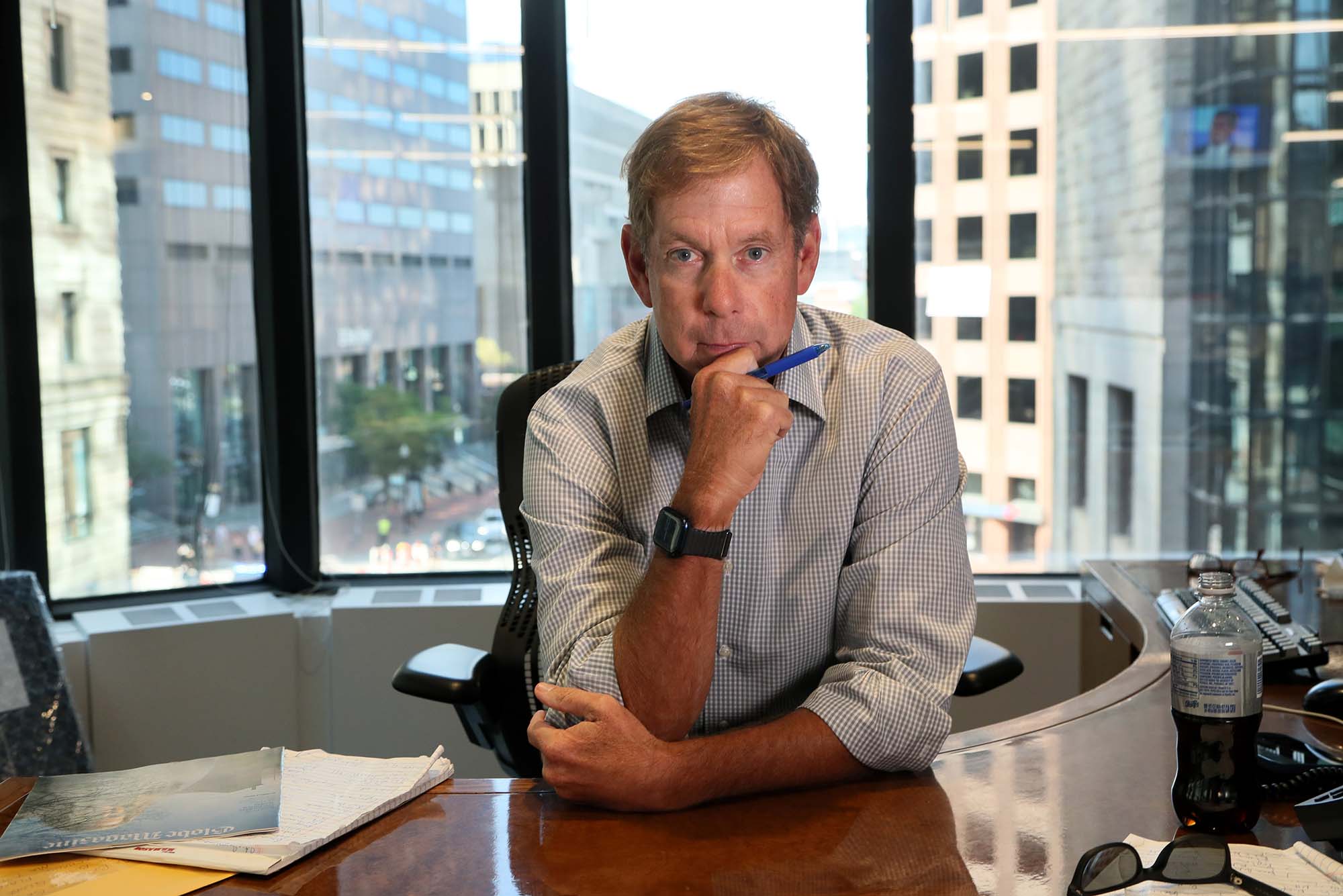 Brian McGrory says he’s proud of what the Boston Globe has accomplished under his leadership, and he’s excited about getting started at Boston University. Photo by Suzanne Kreiter/the Boston Globe via Getty Images

Boston University’s journalism department is getting a new chair. Brian McGrory, editor of the Boston Globe for the last 10 years, and before that, a distinguished reporter and columnist, will step down from the post by the end of the year to helm the College of Communication journalism program.

McGrory, who will start at BU by the end of the calendar year, tells BU Today he plans to build upon a strong foundation in the journalism department, where he sees room for “a fresh perspective.” He’ll help create curricula that “reflect what newsrooms are looking for right now,” he says. That includes journalists with excellent storytelling skills and who are “fast on their feet, with fundamentally good judgment.” But beyond writing, he says, top-notch journalistic enterprises also need people who focus on audio, video, audience engagement, and data analysis.

“Boston is a media capital in this country,” McGrory says. “I think that BU can take even greater advantage of that. The department is a great place, and the faculty are strong and getting stronger.”

“In a world where journalism is both more vital than ever and also more challenged, Brian has provided exceptional leadership at one of the most respected journalistic enterprises in the nation,” DiChristina says. “He brings high standards, an innovative approach to newsrooms going through change, and a deep commitment to diversity, equity, and inclusion.”

William McKeen, who has chaired the journalism department since 2010, will continue on as a faculty member, DiChristina says. “We’re really grateful to Bill for all his support and leadership over the years,” she says.

McGrory says he will maintain a connection to the Globe, writing an opinion column for the newspaper.

“I’m really proud of what the Globe as a whole has accomplished for the past 10 years,” he says. “We’re making a vital transition from a print world to a more digital world, and journalism as a whole is figuring out how to create a sustainable business model for itself, but I’ve always put front and center that really good journalism is really good business.

“After 10 years, it feels like it’s time for something new, and I’m really excited about what awaits at Boston University. I can’t wait to get started.”

McGrory started working at the Globe in 1989, and over the years has moved from reporter to columnist to Metro editor, before he taking over for Marty Baron as editor in late 2012. He was steeped in the paper’s history even before then, though—McGrory had a Globe paper route while growing up, mostly in Roslindale.

After 10 years, it feels like it’s time for something new, and I’m really excited about what awaits at Boston University. I can’t wait to get started.

As the Globe reports, McGrory stepped in as editor during an uncertain time for the 150-year-old newspaper. When he took over, the Globe was owned by the New York Times and was struggling financially. After the Times announced it would be selling its New England Media Group (which included the Globe), Red Sox principal owner John W. Henry (Hon.’05) and his wife, Linda, put in a bid, promising to reinvest in the news organization.

With new, deep-pocketed, and enthusiastic owners on board, McGrory reinvigorated the newspaper. He worked to enhance the Globe’s online content—currently, the news site has more than 235,000 paid subscribers, making it one of the leaders among major metro newspapers nationally—and focused on helping the Globe be not the paper of record, he says, but “the paper of interest.”

In 2014, his staff won the Pulitzer Prize for breaking news reporting for their coverage of the Boston Marathon bombings and their aftermath. Two more Pulitzers soon followed—one in 2016 for feature photography and another in 2021 for investigative reporting.

At BU, McGrory will oversee a journalism department that boasts nearly 500 graduate and undergraduate students and a faculty that includes many Globe alumni who once worked alongside McGrory.

“I’m excited for students to learn from Brian’s insight about the future of journalism, to learn from someone who’s been on the front lines of creating an innovative and thriving news operation,” DiChristina says.

For his part, McGrory is eager to jump in.

“BU can be a thought center for sustainable journalism in the country; it can be home to a lot of people who are really thinking hard about where this industry has to go to preserve journalism at a time when it’s more important to our democracy than ever,” he says.