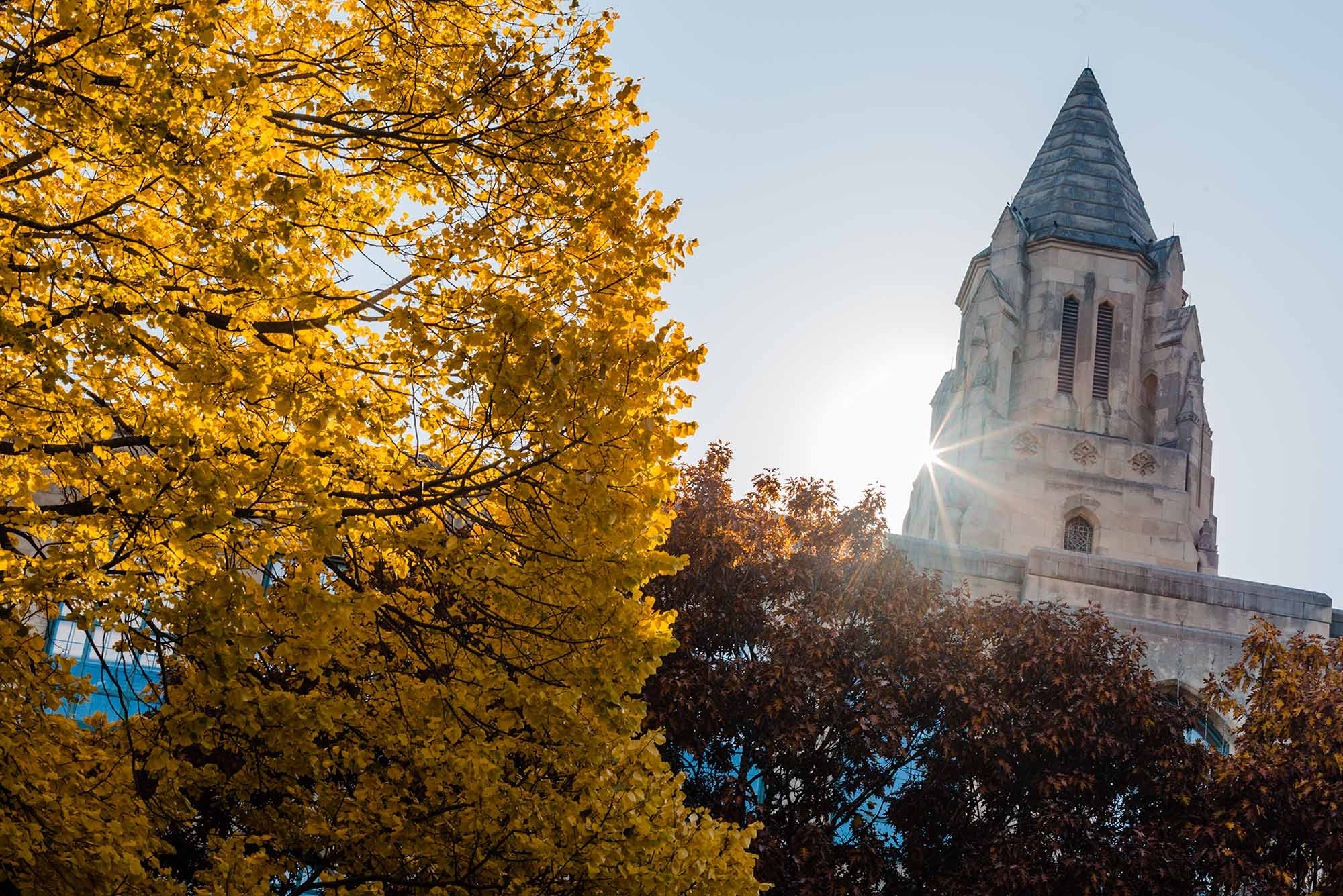 On Veterans Day, a caller said bombs had been planted in buildings on the BU and MIT campuses, but none were found by police searching with dogs. Photo by Janice Checchio

Caller identified specific BU schools, but did not provide locations of any devices

Phoned bomb threats on Veterans Day to Boston University and at least four other colleges, including the Massachusetts Institute of Technology—the latest in a wave of such threats to campuses nationally—were hoaxes, according to the BU Police Department.

BUPD Deputy Chief Robert Molloy said Friday morning the threat was phoned to the department just before 6:46 pm on Thursday. “The caller specified several BU schools where the devices were, but did not indicate addresses,” he said.

The BUPD and the Boston Police Department searched with police dogs the buildings at all the named schools, but found no explosives. “While these calls are difficult to investigate and identify the caller, BU Police will be working with both Boston Police and federal authorities in this investigation,” Molloy said. The Boston Police Regional Intelligence Center was notified of the threat.

Threats were phoned on the same day to New York University, the University of Southern California, and Hebrew Union College. All were deemed hoaxes by police.

Before the most recent threats, more than a half dozen campuses, including four Ivy League schools, had been targets of similar phone calls since November 5. Although all the threats proved unfounded, they prompted evacuations of multiple buildings, including 10 at Yale University alone.

The Boston Globe reports that the FBI and Bureau of Alcohol, Tobacco, Firearms and Explosives may be investigating connections between this week’s most recent threats and the earlier Ivy League threats.