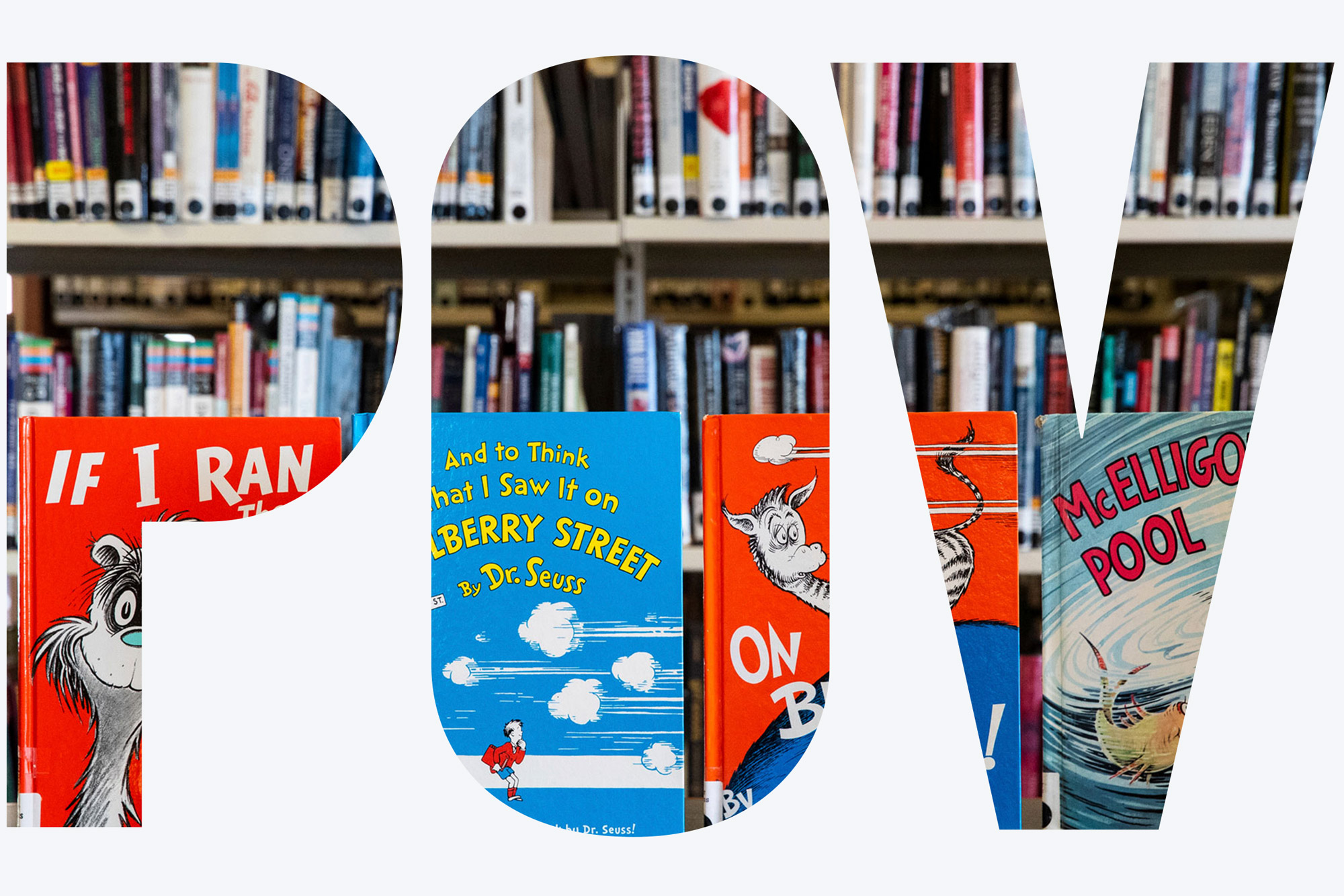 POV: Why Halting Publication of Six Dr. Seuss Books Is the Right Call

Last week, my children’s preschool declared it “Dr. Seuss Week” in celebration of the author’s birthday. The next day, the estate of Theodor Seuss Geisel, or Dr. Seuss—author of 60 books, with 700 million copies sold around the world—announced that six of his books would be removed from future publication because “they portray people in ways that are hurtful and wrong.”

I wasn’t surprised by this news, and honestly, I was a bit relieved.

To those who claim that young children won’t be that affected by some of these problematic words and illustrations and that it’s not a big deal, I would remind them the American Academy of Pediatrics finds that children as young as six months can pick up on race-based differences. By ages two to four, children can “internalize racial bias.” Picture books can have such a powerful hold on children’s imagination and worldview—I believe this as someone who teaches children’s literature and has authored a recent children’s book—so why give children any potential fodder for developing ingrained biases about race in this very influential form? One could argue that making problematic texts available can lead to teachable moments about discrimination, but for the targeted picture book audience, the risk of internalizing prejudice is greater than the opportunity for educating about race through Dr. Seuss’ stereotyped depictions.

By eliminating his blatantly racist books from publication, we can begin to balance the negative facts of Theodor Seuss Geisel’s work—he created anti-Japanese images during WWII when he was a journalist, before turning to children’s books—with what is positive about many of his books. Given his early work, combined with his problematic children’s books, some may ask if Dr. Seuss is someone we should continue to celebrate.

Despite the considerable negatives, it’s hard to ignore what many of his books do very well, and how beneficial they can be for promoting early literacy. When students in my Kilachand course on childhood and children’s literature spoke to physicians at the Family Medicine Center at Boston Medical Center—BU’s teaching hospital—and at St. Mary’s Center for Women and Children in Dorchester, each doctor separately cited Dr. Seuss as particularly helpful for the families at their clinics. In trying to promote literacy as part of wellness, the physicians explained that everyone could enjoy the lively illustrations, and when read aloud, the patterns and rhymes promoted early childhood development, something that has been long supported by Reach Out and Read, a nationwide organization originally started at BMC.

Dr. Seuss’ rhymes in particular have benefits in early literacy development. So when children hear their caregiver read Dr. Seuss’ lines—like “One fish/two fish/red fish/blue fish” and “From there to here/from here to there/funny things are everywhere”—they are building language and math skills while never feeling like they are being given a lesson. One could also argue that through the trials he puts his characters through—whether it’s trying out a new food like green eggs or facing a Grinch threatening to ruin a beloved holiday—his characters demonstrate curiosity and resilience. His stories can have lasting benefits, and many students in my Kilachand course cite Dr. Seuss’ as among the most memorable books from their childhoods.

The recent controversy surrounding Dr. Seuss allows us an opportunity to reflect broadly on the need for more positive representation in children’s books. The Cooperative Children’s Book Center at the University of Wisconsin–Madison determined that in 2019, books depicting either white main characters or animals and nonhuman objects—such as trucks—made up 71 percent of all books published, leaving little room (29 percent) for books depicting any main characters of color (11.9 percent Black, for instance, and 5.3 percent Latinx). The #OwnVoices movement has raised attention to the fact that even fewer of the books depicting main characters of color are told by authors from the backgrounds they depict. According to We Need Diverse Books, Black/African creatives wrote only 46.4 percent of stories centered on Black/African characters.

So when we discuss Dr. Seuss, let us also think about how we can find ways to preserve favorite children’s books that contribute positively to young readers’ development while creating welcoming space for new classics by underrepresented voices.

With all this in mind, I’ll continue to read Green Eggs and Ham to my toddler and preschooler in my lap, along with other favorites, such as Jabari Jumps, Hair Love, and We Are Water Protectors. When they are a little older, though, I hope I can have a conversation with them about why we don’t choose to read And to Think That I Saw It on Mulberry Street.

POV: Why Halting Publication of Six Dr. Seuss Books Is the Right Call

There are 16 comments on POV: Why Halting Publication of Six Dr. Seuss Books Is the Right Call

POV: Why Halting Publication of Six Dr. Seuss Books Is the Right Call
16
share this