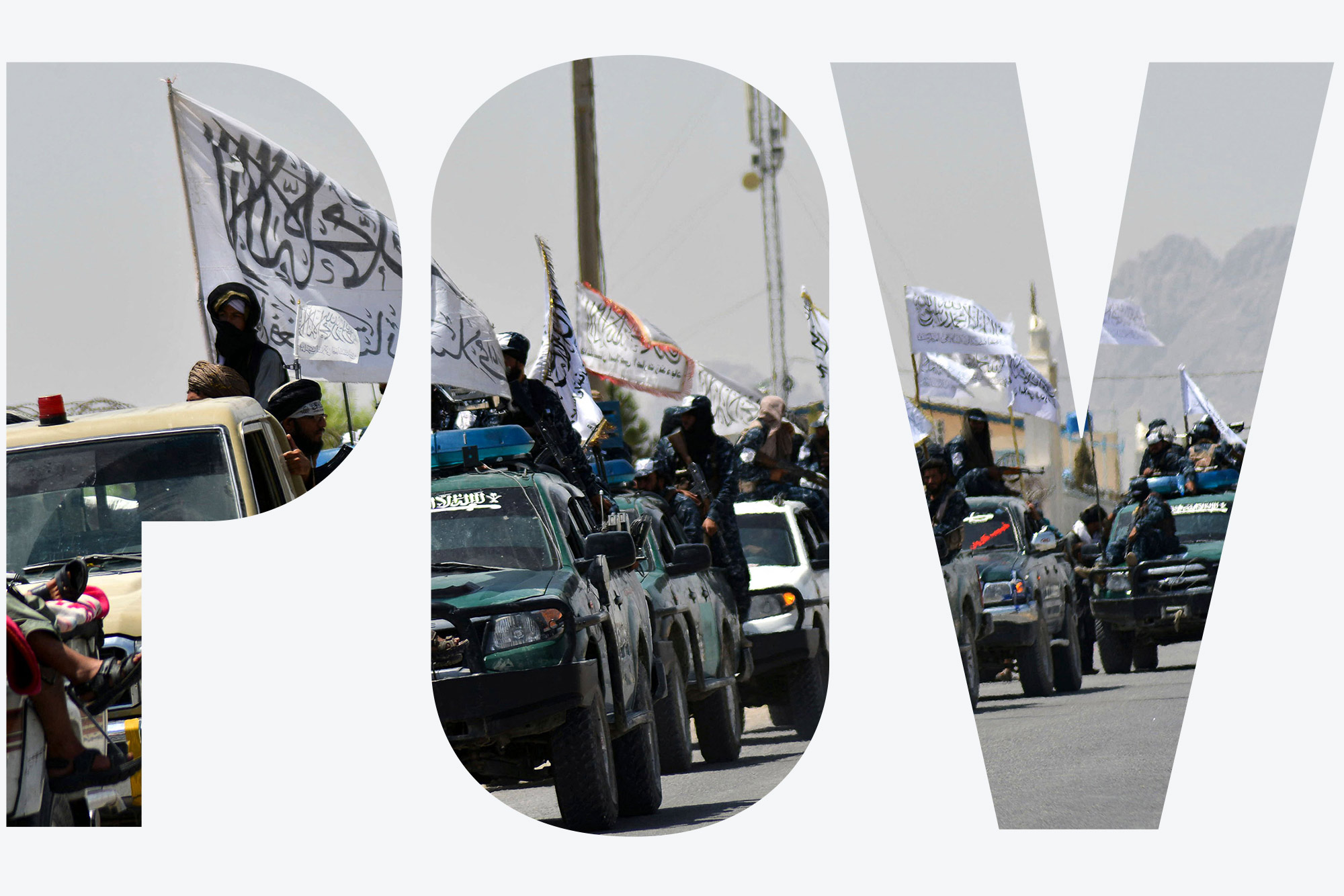 POV: My Service in Afghanistan and the Illusion of Hollywood Endings

I’m still making sense of watching the Taliban pull off the underdog victory.

The nightmares are back. But they are different this time.

When I returned home from a deployment to Afghanistan in 2008, I would remember specific scenes from ambushes—an IED explosion or an enemy grenade inbound. Now the Taliban no longer target me in my dream world. Instead, I see them celebrating as if they are heroes in a Hollywood movie.

As a child of the 1980s, I lived on a steady diet of hero movies, where the good guys always defeated the bad guys. More than anything, I wanted to be the slugger Roy Hobbs in The Natural. I wanted to hit the game-winning home run and trot around the bases to inspirational music and cheering fans. Unfortunately, I couldn’t smash the ball over the fence, let alone into the lights.

In the spring of 1991, when I was living in Hawaii, my Little League practice was interrupted by clapping, shouting, and car horns blaring. My teammates and I dropped our bats and gloves and ran off the field to get a better view of the celebration. What we saw was the simplest possible parade—no marching, no band, no artillery salute, no flyover. Instead, a long convoy of buses was transporting real-life GI Joes home from the first Gulf War. As the convoy crept past us, I could see the Marines dressed in their desert camouflage uniforms. Nothing could have pulled us back to the ball field. I knew then I wanted to be like those real-life heroes sticking their heads and hands out of the windows, smiling and waving at the crowd.

I would eventually enlist in the Army and deploy to Afghanistan. I did the best I could over there, like so many of my fellow veterans. For 20 years, politicians and generals praised our service there and honored the sacrifices of our fallen comrades.

Today they tell us the sacrifices we made, along with those of our Afghan allies, have not been in vain. Somehow the lies continue. I know what we did in Afghanistan was in vain. While the chattering classes on cable are stuck somewhere between anger and bargaining, I’ve accepted it.

I am facing the reality that the Taliban not only have achieved victory in Afghanistan, but have somehow become Roy Hobbs: They have hit the spectacular home run and are circling the bases while our enemies cheer and sparks rain down from the shattered floodlights.

I used to jump out of airplanes as an Army paratrooper, a hazardous way to make a living. The image from mid-August of an Afghan falling to his death from a C17—the very plane I used to jump out of—makes me question everything, from the meaning of my service to how we could betray our Afghan allies and let this happen.

And yet: although we didn’t achieve victory, veterans should always find something positive in their service. In my case, I didn’t transform into my Hollywood hero. But I take comfort that my service did change me. In many ways, it made me stronger. I’m a better citizen, father, and husband because of it. Maybe it’s because the Army prepares you to deal with misery: You eat horrible food, live in poor accommodations, and work in a hostile environment.

After the news broke of the suicide attack that killed 13 service members and dozens of Afghans on August 26, I took a break from watching the unfolding tragedy. I needed a pick-me-up. I passed on the cliché stiff drink or two and decided to watch The Natural yet again.

Watching it as an adult evoked different emotions from those I felt as a boy. And I noticed something different this time. Roy Hobbs’ game-winning home run isn’t the end of the story. In the final scene, after the big game, time has passed. We see a ball arcing in slow motion through the air over a farm field. Hobbs is playing catch with his son as his wife watches and smiles. It’s a simple act, but for me, it’s the one that now delivers the big emotional payoff.

These days, the work I do as a screenwriter closes a circle on much of my life experience. There will be no victory parade for me and those I served with in Afghanistan. But I also know much better now that real stories have complicated endings.

Brian M. Thompson (COM’23) served as an infantryman in the US Army, 82nd Airborne Division, in Afghanistan. He is currently pursuing a master of fine arts in screenwriting; he can be reached at bmt@bu.edu.This opinion piece originally appeared in the Boston Globe on September 12, 2021.

POV: My Service in Afghanistan and the Illusion of Hollywood Endings

There are 6 comments on POV: My Service in Afghanistan and the Illusion of Hollywood Endings

POV: My Service in Afghanistan and the Illusion of Hollywood Endings
6
share this