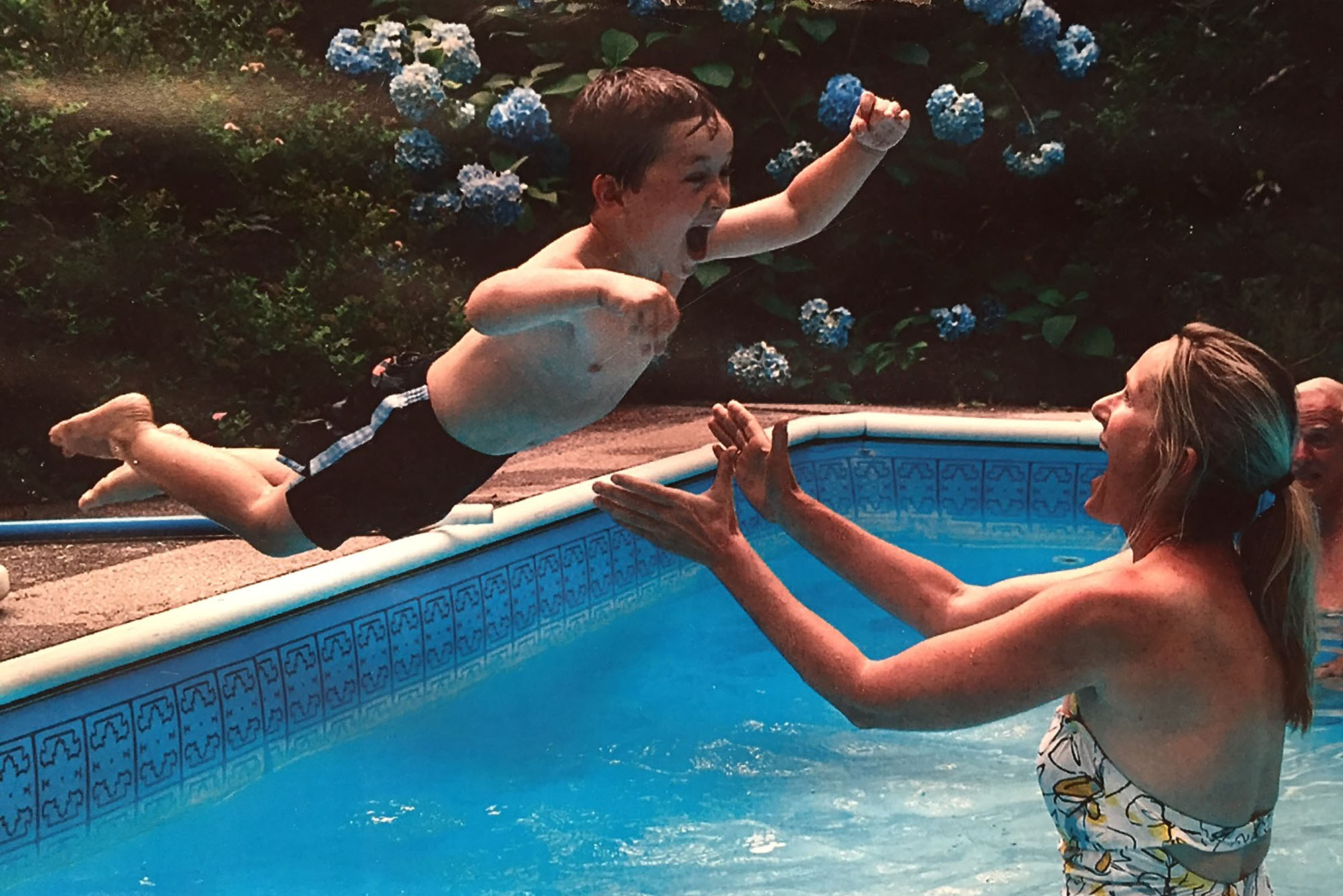 Scarlett Lewis (COM’90), with her son Jesse a few months before his death in the Sandy Hook school shootings, won a suit against conspiracy theorist Alex Jones, who claimed the shootings were faked. Photo courtesy of Scarlett Lewis

Mother of Six-Year-Old Sandy Hook Victim: “I Forgive Alex Jones” for Claiming Massacre Was a Hoax

After grieving for her six-year-old boy murdered in Connecticut’s 2012 Sandy Hook Elementary School shootings, Scarlett Lewis (COM’90) had her anguish scraped raw by a conspiracy theorist claiming she had made the whole massacre up.

Now Alex Jones, creator of the Infowars fake news website and media system, will pay Lewis and other parents for his comments, which he retracted seven years after the 2012 killings, blaming them on “a form of psychosis.”

Lewis and other Sandy Hook parents—some of whom received death threats after Jones’ lies—sued him for defamation after he called Sandy Hook “a giant hoax” staged by actors. On Monday, November 15, after Jones had refused to provide information on whether he’d profited from talking about the slaughter, a Connecticut judge held him liable for damages. (In Texas, where Infowars is based, courts last month also held Jones liable for failing to provide information to suing parents, including Lewis.)

Lewis’ six-year-old son Jesse was among 20 first-graders and 6 educators murdered by gunman Alex Lanza, a former student at the Sandy Hook Elementary School in Newtown, Conn. Jesse died standing by his teacher, shouting at other children to run for their lives. Lewis channeled her grief into a foundation, the Jesse Lewis Choose Love Movement, to teach social and emotional learning (SEL), which, she’s convinced, might have prevented Lanza from committing the deadliest K-12 school shooting in US history. (Lanza, a recluse with a sensory disorder and a mother who exposed him to guns, killed himself as first responders arrived on the scene.)

The Connecticut and Texas decisions mean the courts will now decide how much Jones must pay the plaintiffs. BU Today asked Lewis about the rulings and her ongoing educational work.

BU Today: The damages are for failing to give important information to the plaintiffs. Still, do you see this as vindication after Jones’ false claims that the attack was all a hoax?

Scarlet Lewis: There was a default judgment in all cases now in Connecticut, as well as in Texas. I hope it sends a strong message that you cannot spread lies, especially if it endangers the lives of those involved. School shootings are a real issue in the United States; they happen far too often. You are either a part of the solution or a part of the problem. Alex Jones has been part of the problem, certainly not working towards a solution to keep our kids and educators safe in schools.

BU Today: I know that forgiveness is a key part of your SEL education; you mentioned forgiving Adam Lanza. Do you forgive Jones?

I forgive Alex Jones. I made this choice to forgive, and continue the forgiveness process, in order to take my personal power back. Forgiveness does not mean, however, that you do not hold someone accountable for their actions. This is how we make positive change.

BU Today: What’s the status of your SEL curriculum—are more schools continuing to adopt it or has the COVID-19 pandemic slowed down negotiations with schools?

The pandemic has increased the need and interest in our free programming. During the quarantine, we upgraded our program to align with educators’ and their students’ needs and focused even more on mental wellness and coping skills. We added another section, called “Choosing Love in Our Brave New World” for all grade levels in order to address trauma, that helps students self-regulate and become present and ready to learn.

Mother of Six-Year-Old Sandy Hook Victim: “I Forgive Alex Jones” for Claiming Massacre Was a Hoax

There are 5 comments on Mother of Six-Year-Old Sandy Hook Victim: “I Forgive Alex Jones” for Claiming Massacre Was a Hoax

Mother of Six-Year-Old Sandy Hook Victim: “I Forgive Alex Jones” for Claiming Massacre Was a Hoax
5
share this