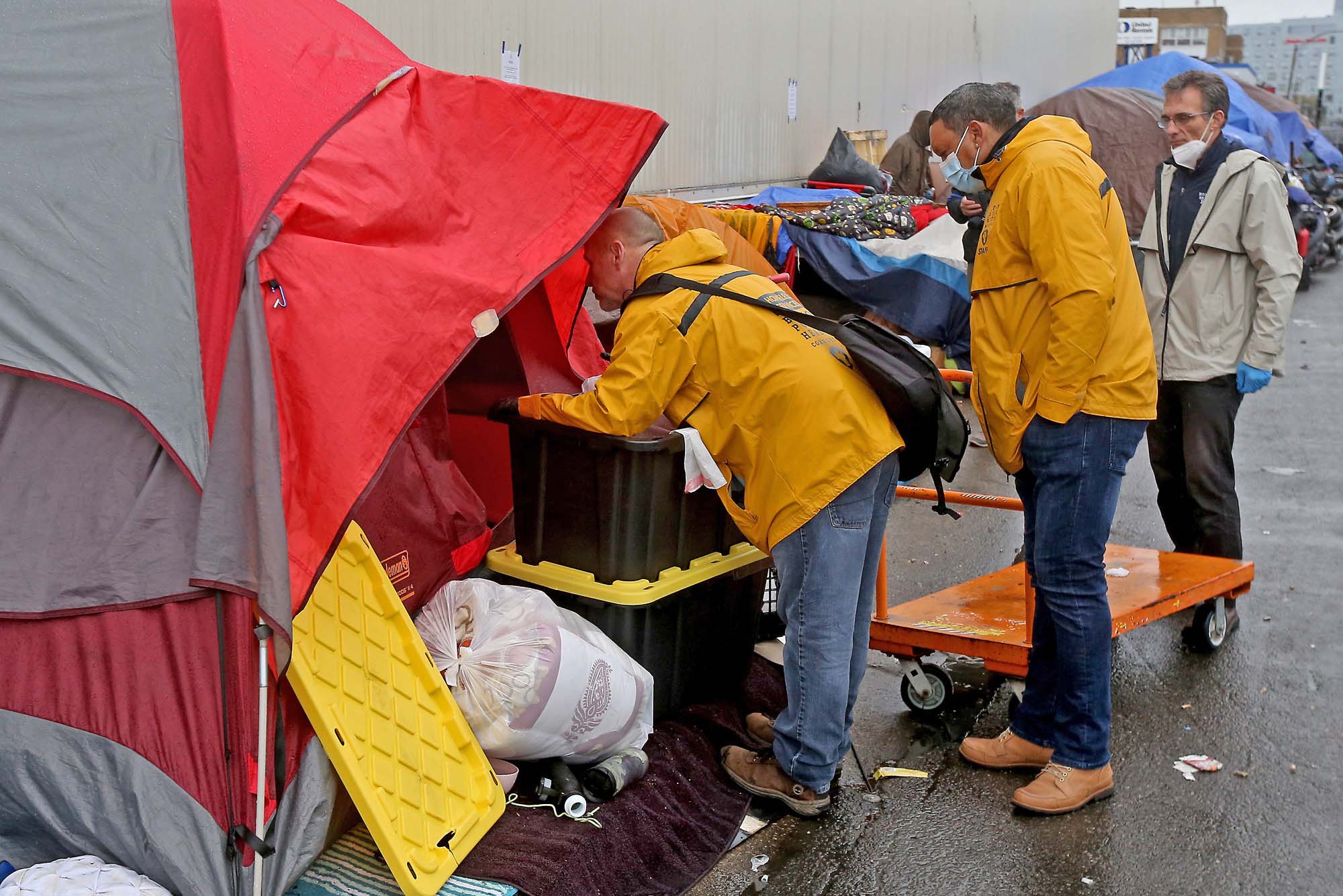 How to Address the Legal and Social Justice Challenges Raised by Mass. and Cass Crisis

Solutions must include the voices of those affected, says LAW’s Jade Brown

Mass. and Cass is one of those crises that asks: which solution is least bad?

“These encampments block sidewalks and access and egress to several streets, lack clean water and adequate hygiene facilities, and have been the site of numerous sexual assaults and other violence,” Janey’s order reads. The city estimated that at one point 300 people lived in tents and temporary shelters on streets surrounding the intersection. But a Boston Globe op-ed coauthored by Benjamin Linas, a School of Medicine and School of Public Health professor, and Joshua Barocas, a MED adjunct assistant professor, predicted a 12 percent increase over the coming year in overdose deaths as a result of the sweep, which will disrupt health services for those evicted.

Can Mayor Michelle Wu solve the crisis? Before her swearing-in November 16, she tasked Cabinet officers with finding shelter for encampment dwellers. BU Today asked Jade Brown (LAW’16), a School of Law lecturer and clinical instructor, who teaches housing and other law in the school’s Civil Litigation & Justice Program. She is a former housing attorney with Greater Boston Legal Services.

BU Today: There is a fierce debate, and no clear answer, about whether clearing the encampments will worsen or help the problem. What is your position?

Jade Brown: It’s a complex situation. I don’t believe it’s ever a good situation to have people living in tents on the side of the road. On the other hand, the people living at Mass. and Cass were able to build a makeshift community to protect themselves and each other. If the city was always able to provide housing and services for these members of society, it begs the question of why these resources are just being provided now. Even if the city is able to place everyone into appropriate, long-term housing, they must provide adequate medical and support services. Furthermore, there needs to be some focus on addressing the various reasons why these folks ended up on the streets to begin with—be it lack of affordable housing, disability, or substance abuse.

BU Today: Using simulator models, BU School of Medicine faculty have projected an increase in overdose deaths from clearing the encampment. Are there potential benefits, especially as winter bears down on the homeless population, for forcibly removing the encampment now?

Jade Brown: I think this goes back to addressing the lack of community. Irrespective of the legality or illegality of the encampment at Mass. and Cass, it was a community for people on the fringe of society. And so the issue is not just about the loss of a physical space, but it is also about a loss of community. Even if you house the former residents appropriately, you still have to treat any demons they may have, including finding ways to combat isolation and integrate them into society.

BU Today: Mass. and Cass is hardly a new trouble spot. What are the short- and long-term solutions?

Jade Brown: Any short-term solutions must include the voices of those affected. This includes both the unhoused/tent-city residents and the larger community. In terms of long-term solutions, the debate about reopening Long Island was recently renewed in the mayoral race. [The Boston Harbor island had homeless shelters and services until the city closed them in 2014 after condemning the dilapidated bridge linking to the mainland.] City Councilor Annissa Essaibi George [CAS’96] challenged Mayor Wu to make reconstructing the Long Island bridge a priority. Former mayor Kim Janey has lit the match, but it will be up to Mayor Wu to determine the long-term strategy here.

BU Today: Should any policy reforms factor in possible political objections to a large encampment on a public way, something Mayor Janey cited in her decision to act?

Jade Brown: Any policy reform must include both the voices of the dwellers and the residents, who must walk through the streets of Mass. and Cass and the surrounding vicinity. Michelle Wu has to listen to both perspectives. It will be interesting to see if this issue provides the political fuel needed to get the city of Quincy to agree to the reopening of Long Island.

BU Today: Did you ever have litigation similar to the ACLU suit, and do you expect that suit to prevail?

Jade Brown: What I can say is that even [though] the ACLU [did] not prevail in court, they have managed to bring this issue to the forefront of public awareness.

How to Address the Legal and Social Justice Challenges Raised by Mass. and Cass Crisis

How to Address the Legal and Social Justice Challenges Raised by Mass. and Cass Crisis
0
share this