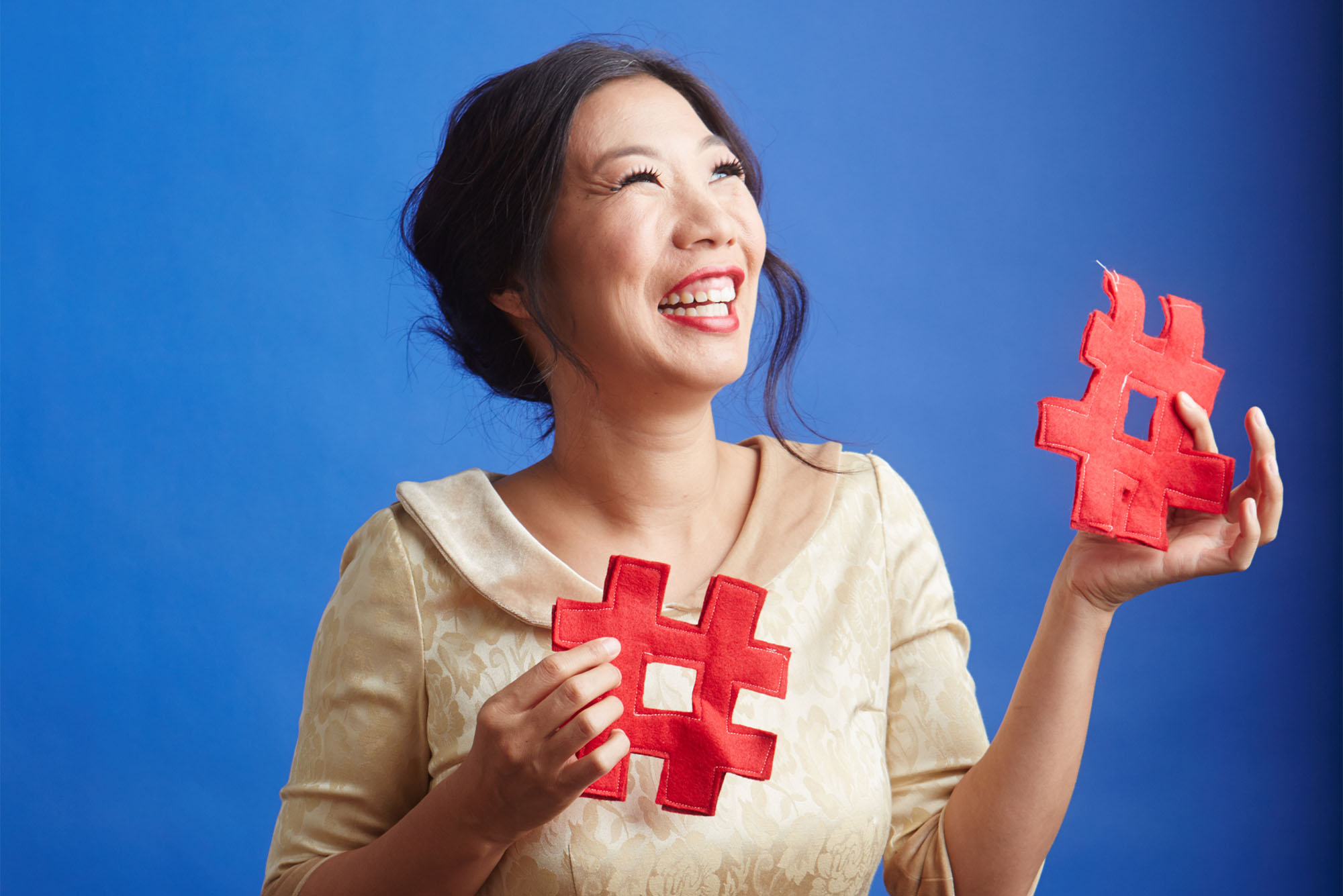 Performance artist and comedian Kristina Wong is giving a virtual presentation today, with an excerpt from her show Wong Flew Over the Cuckoo’s Nest, as part of the BU Diversity & Inclusion Learn More Series, this year focused on disabilit. Photo courtesy of Keppler Speakers

An estimated one in six American adults experiences depression—approximately 16 million, according to the Centers for Disease Control and Prevention. And those numbers have only been exacerbated by the COVID-19 pandemic. There continues to be stigma around mental health, experts say, and the American Psychiatric Association reports that more than half of those who experience mental illness don’t receive help for their disorders, largely because of concerns about being treated differently or discriminated against.

One of the people fighting to eliminate the stigma around mental health is performance artist and comedian Kristina Wong, who describes her aesthetic as “subversive, humorous, and endearingly inappropriate.”

Today, November 10, Wong will give a virtual presentation titled Disability in the Arts about her own struggles with mental health as part of BU Diversity & Inclusion’s Learn More series, which this year is taking a deep dive into the subject of disability and ableism. Wong will talk about how she learned to cope with depression, and the difficulties of being an Asian American woman in America and growing up in a household that did not encourage seeking help for mental health.

“I usually get: ‘Asian women are depressed? They seem fine to me,’ like we’re some big monolith,” Wong says. “There were hardly any therapists of color [when I was in college] and there was still limited research on how communities of color experience mental health or express their symptoms differently than white people.”

As part of today’s presentation, Wong will perform an excerpt from her long-running show Wong Flew Over the Cuckoo’s Nest, a nod to the Ken Kesey novel One Flew Over the Cuckoo’s Nest and the subsequent Oscar-winning film adaptation. She’ll be joined by David Chard, dean of Wheelock College of Education & Human Development, for a discussion on mental health, artistry, and intersectionality. Audiences will be able to ask Wong questions during a Q&A moderated by Chard.

“What I’m interested in is talking about the stigma around how we look for help, and why that is,” Wong says. “What is that experience, and why are we so embarrassed by it?”

BU Today spoke to Wong ahead of her appearance.

BU Today: You’ll be performing an excerpt from one of your shows. Can you tell us more about Wong Flew Over the Cuckoo’s Nest?

Kristina Wong: Wong Flew Over the Cuckoo’s Nest is actually a theater show that I performed from 2006 to 2013. I condensed it all into a speech, where I reveal my deepest, darkest secret to you all, a secret that could bring down the Wong family name—I went to see a therapist when I was in college. My show looks at how difficult it was to access that help, at least when I was a student at UCLA. But also, as a Chinese American woman, there’s a lot of stigma around seeing a therapist. It’s both fun and funny and poignant in the sense that it is so ridiculous how little we know about therapy and how scary it can seem just looking for a therapist for ourselves, but ultimately the story I share is that the therapist I saw on campus was not useful to me, so I had to find other ways to grow and self-care and manage. This is not to say that therapy doesn’t work for everybody, but I had to learn how to manage and advocate for myself. Since writing my own work, I have had many more positive experiences in therapy, but not until after a lot of trial and error.

BU Today: Why do you use comedy and performance art to discuss complex topics like race, mental health, and gender?

Kristina Wong: It was only in the last few years that I added “comedian” to my title. I always considered myself a dark and brooding performance artist. I think a lot of it was because Wong Flew Over the Cuckoo’s Nest was extremely painful. I was just miserable making it, so some of me just naturally gravitated towards the humor to just get through the performance and make fun of myself and how ridiculous certain situations are. I’m currently in New York City doing an off-Broadway show, Kristina Wong, Sweatshop Overlord, about a sewing group that I started called the Auntie Sewing Squad, where we made masks during the pandemic. It was an incredibly sad, tragic time of crisis, but the humor was not at the expense of people who died. We didn’t have to be in a situation where we were cutting the clothes off our backs and cutting up bed sheets up to make masks. We have the resources in this country to distribute supplies to everybody. We had politicians who turned it into a partisan issue. That’s where I find humor.

BU Today: What first drew you to comedy and performance art?

Kristina Wong: When I was in college, I was dealing with a lot of trauma that I didn’t realize was being exacerbated because I wasn’t taking care of myself. Then I took this workshop taught by opera director Peter Sellars, called “Invisible World.” It wasn’t a comedy class, but I loved it—it was my therapy once a week. You would get a prompt, pair up, then you’d get to hold your performance anywhere. It was just so much fun to watch and make. People kept telling me, “You’re so funny! Do you do clown work?” even though I was trying to be really deep. I think a lot of it was trying to take control of a situation by putting it out there for all of us to look at and grieve together, and that’s what I’m really finding with my current show right now.

BU Today: What advice do you have for people who are struggling with their mental health?

Kristina Wong: I am not a mental health professional, nor do I ever want to be one. I’m a customer! I will say that you’re not alone, which I know sounds very clichéd. Sometimes, you just need a good ally who can help you call and make an appointment. If you don’t, that’s OK! There were many times in my life where I didn’t have anybody. But you can find someone to walk with you to an appointment, or someone who can meet with you afterwards and go eat a burrito together or something. I also think getting out of the habit of comparing yourself to others is important. I was raised my entire life to be in this contest with people, which made me miserable. I think that’s why I became a performance artist—there aren’t many Chinese American performance artists, so at least I can excel in this tiny sphere! It’s also good to cut out, even temporarily, those people or things that aren’t good to you.