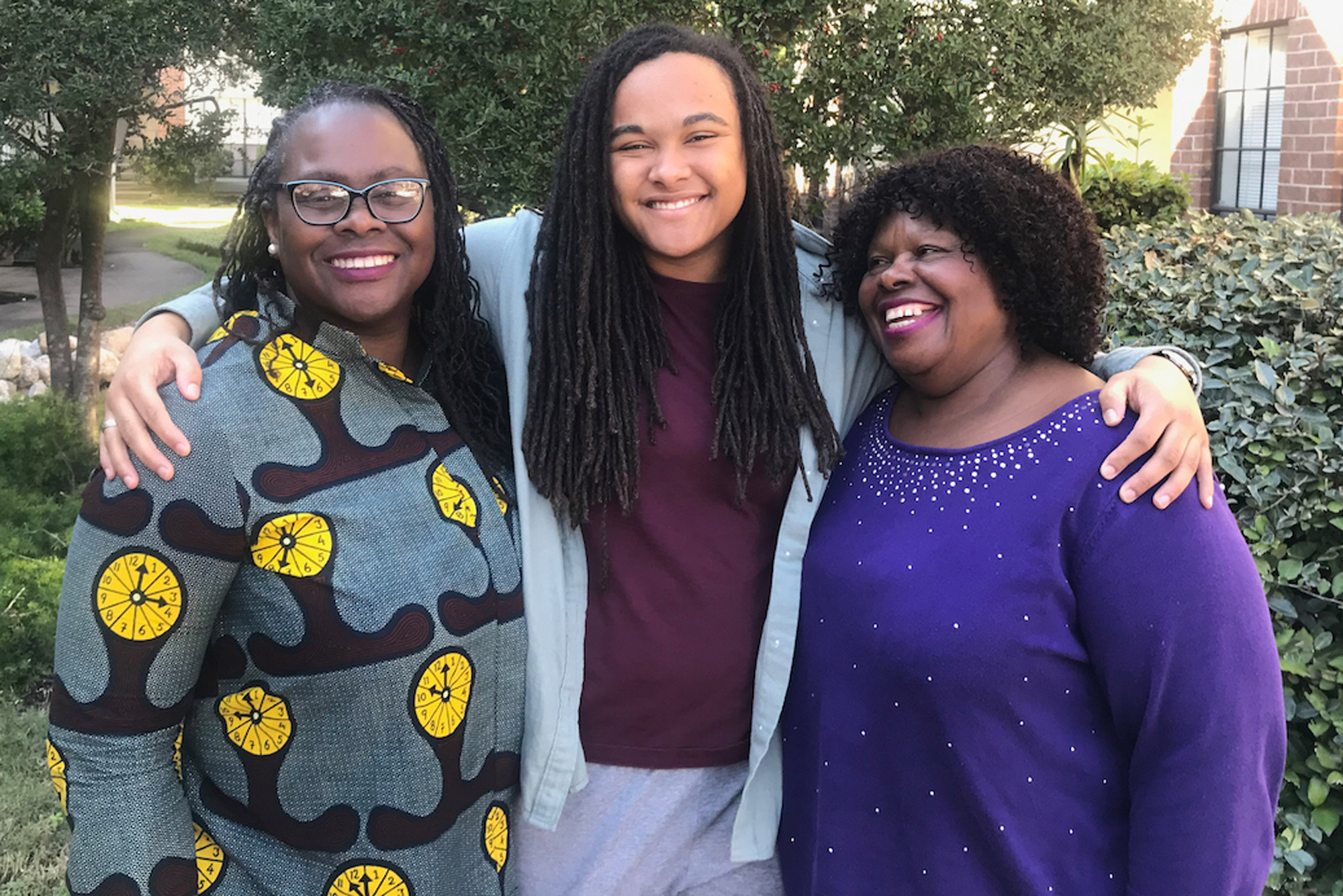 LAW Dean, Whose Mother Was a Child Bride in Nigeria, Shares Powerful Story of Resilience with Graduates

“As a mother myself, I can only imagine the anguish that my mother felt as she left her children behind in a war-torn nation,” Angela Onwuachi-Willig tells graduates

Angela Onwuachi-Willig, dean of Boston University School of Law and Ryan Roth Gallo & Ernest J. Gallo Professor of Law, delivered these remarks at LAW’s virtual Convocation ceremony for the Class of 2021, on Saturday, May 15.

Last year, when I addressed the Class of 2020 and reflected on what they experienced after the global pandemic forced us, the entire law school community, to move to remote teaching and learning, I spoke to them about resilience. At the time, I could hardly imagine the resilience that would be required of you, the students who would be following in their footsteps.

At that time, it had been a long eight weeks since the coronavirus outbreak had been declared a global pandemic.

On graduation day in May 2020, George Floyd had recently recovered after contracting COVID-19, and unbeknownst to him, had only one week left to live before his murder at the hands of police in Minneapolis, a killing that would spark an uprising for racial justice unlike any we have seen in my lifetime.

Approximately a year ago today, vile rhetoric about the origins of COVID-19 had only just begun to fuel the rise in anti-Asian hate and violence across this country, a troubling trend that only continues to escalate.

And the hyper-partisan presidential election of 2020, one that would ultimately lead to a violent insurrection at the US Capitol on January 6, was only just unfolding.

The concept of resilience has been experiencing a resurgence as rates of stress, anxiety, depression, and many forms of mental illness have spiked over the past 12 months.

In fact, a Google search for “resilience” returns more than 224 million results, from places as diverse as the American Psychological Association, the New Yorker, and the Harvard Business Review.

With such a massive amount of material available for your consumption, you’d be forgiven for asking, “What could you, Dean Onwuachi-Willig, possibly have to contribute on the topic?”

Well, today, in celebration of all that you have accomplished, and in anticipation of all the accomplishments that lie ahead of you, we are going to reclaim resilience. You see, I take resilience seriously. I take it personally. I have practiced resilience intentionally throughout my life, and I believe it is one of the most important skills for anyone in the legal profession.

A few years before I was born, the Biafran War caused my parents, like many other Igbos, who were being killed, to flee Nigeria, and they did so in one of the most heart-wrenching ways, forced to leave my siblings behind with family to take care of them in the midst of a war as my parents worked to build a better life in the United States. For more than two years, my parents worked tirelessly to establish their lives and their livelihoods so that their children could join them here in the United States.

As a mother myself, I can only imagine the anguish that my mother felt as she left her children behind in a war-torn nation to pursue a new life halfway around the world, or the joy she must have felt when she finally welcomed her children to their new home. That is resilience.

My parents’ marriage and our family life at the time was not a happy one. My mother was a child bride, married at the age of 13 to a man from a more privileged background whose position of power led to a pattern of domestic violence in our home.

When I was three years old and the war had ended, my family returned to Nigeria to settle once again in my parents’ home country, leaving behind my home country and the life they had briefly built in the United States.

However, my parents’ marriage and our family life at the time was not a happy one. You see, my mother was a child bride, married at the age of 13 to a man from a more privileged background whose position of power led to a pattern of domestic violence in our home. Ultimately, my mother gathered her courage, and under the pretense of visiting old friends, she took us five children and, once again, fled to the United States, this time never looking back.

From that day forward, my mom’s sole purpose was caring and providing for our family. She had a two-year nursing degree and as I grew up, she worked nonstop for low wages, making sure we always had a roof over our heads and food in our bellies. She leveraged the system to make sure we had the best possible public education, at one point driving us to and from school every day instead of settling for the one within walking distance of our apartment. She made us believe that we could do anything and be anybody, but she also made certain we knew that we had to earn it, and that this country did not make it easy for people who looked like us to get by. (My mother, like other mothers like her, did not have the luxury of sugarcoating things for her children.)

Somehow, day after day, year after year, my mom just kept going. She worked the night shift so she could be home with us during the day, even if she was sleeping. She cared for her children and made our modest apartment in Houston feel like home. After I, the last kid, left for college, she went back to school to get a four-year degree. Her story is just one example of resilience, one of millions of stories of resilience that are written every day. But hers is my example, the example I try to live by.

And based on her example, I learned that resilience takes practice. Resilience is getting up in the morning. It is doing the right thing, even when there is resistance and even when it’s incredibly hard. It’s doing your best, even when you don’t want to. It is pushing forward when life tries to hold you back. Resilience is focusing on what’s ahead of you, not merely on what’s behind you.

Each and every one of you now has your own story of resilience. You have faced down adversity, and you are now stronger for it.

LAW Dean, Whose Mother Was a Child Bride in Nigeria, Shares Powerful Story of Resilience with Graduates

There are 2 comments on LAW Dean, Whose Mother Was a Child Bride in Nigeria, Shares Powerful Story of Resilience with Graduates

LAW Dean, Whose Mother Was a Child Bride in Nigeria, Shares Powerful Story of Resilience with Graduates
2
share this