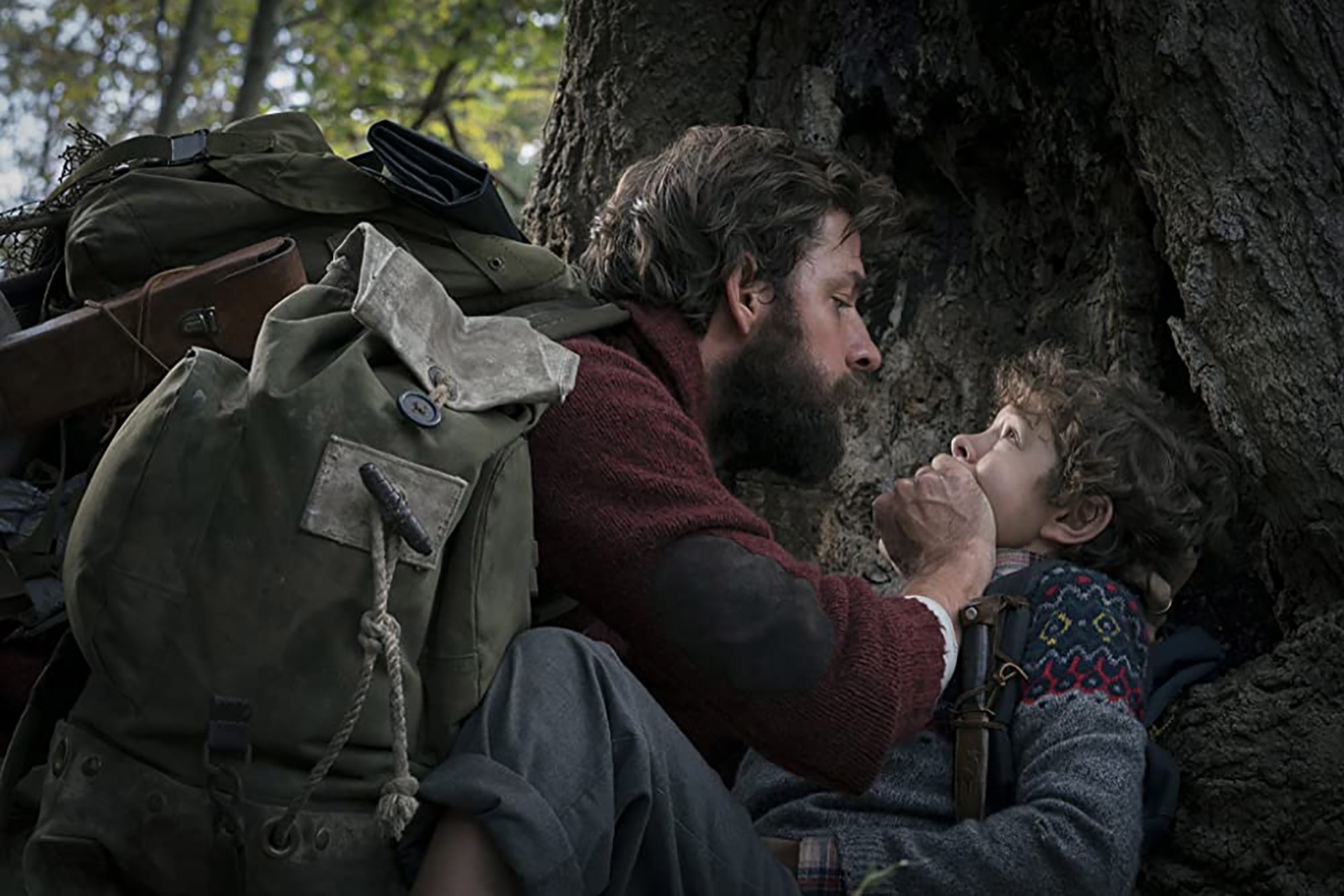 A Quiet Place, one of the horror films a summer class is studying, had students probing its politics rather than its chills. Photo by Jonny Cournoyer—Paramount Pictures

“This is a conservative horror film.”

Emma Martin’s (CAS’24) comment might surprise the uninitiated. (Monsters do politics?) But movies about the unreal have long reflected real social issues and anxieties. How our polarized, racially reckoning, inequality-riddled present plays out onscreen is the focus of a summer course, Twenty-First Century Terrors, and this particular day’s Zoom session is discussing 2018’s A Quiet Place.

In the film’s postapocalyptic future, a family secludes in silence to avoid becoming dinner for monsters that have overrun Earth and hunt by sound. The film layers its scares with social implications: the mother is pregnant, she and her husband risking childbirth despite the danger that “newborn babies are not the quietest of creatures,” notes instructor George Vahamikos, lecturer in the College of Arts & Sciences Writing Program. The parents’ decision triggers Martin’s observation about the film’s political leanings.

“A common argument for pro-lifers is that there’s no circumstance that justifies killing a child,” Martin says. Having a crying baby while dodging keen-eared killers “is the worst possible situation that could possibly happen, and they’re still keeping the child.”

Scholarly reading assignments in the course include an article by a Georgetown University academic who also posited the film’s conservatism. On the other hand, Vahamikos notes that the movie’s climax, in which the women undertake the heroics, hints at a progressive spin. And A Quiet Place’s familial conflict—the daughter, who is Deaf, resents her father’s loving but insulting (to her) efforts to improve her hearing—is a metaphor for the anxiety of MAGA supporters, Vahamikos suggests.

[H]orror has a unique, inexhaustible power for social and political critique.

“Post-2016 horror films are filled with forms of intergenerational conflict,” he tells the students, “and those tensions speak to the passing away of an older, more traditional order and the coming of a newer, more progressive and more welcoming one.”

It’s not coincidental that films the class views overlapped the presidency of Donald Trump, who amped up the country’s polarizing politics. Recent horror films, Vahamikos tells BU Today, “lament the decay of civil discourse and agonize over the future viability of the great American experiment in democracy.

“If you haven’t been watching horror over the past few years, then you should, and not just what pops up in your mobile notifications or in your daily newsfeed. [The films] force us into the uncomfortable realization that the United States has always been a land of fear and unfreedom, from its first foundations to the most recent attacks on the Capitol.”

The horror genre has reflected cultural concerns at least since Great Depression audiences found King Kong’s stomping of New York a metaphor for the Great Depression crushing them. After Hiroshima and Nagasaki, atomic annihilation haunted the world, captured by filmmakers who depicted detonations and radiation unleashing city-destroying monsters like Godzilla.

Our present moment is rifewith economic inequality, systemic racism, and polarized responses to them, concerns metaphorized in other films the class studies: Us, about artificial look-alikes attacking their human counterparts in a meditation on privilege; Hereditary, a supernatural take on a family’s ancestral, passed-on trauma; Don’t Breathe, which upends expectations, practical and moral, about a home invasion; and films from The Purge franchise, in which a dystopian US legalizes an annual night of carnage.

Horror, frowned on by many as lowbrow, seems an odd passion for Vahamikos, a specialist in late medieval and early modern literature. “I suppose it’s the Mr. Hyde to my Dr. Jekyll,” he says with apt metaphor, recalling his 1980s childhood, which was awash in both new creature features (A Nightmare on Elm Street, Friday the 13th) and cable reruns of classic ’30s chillers.

“Take a look at almost anyone’s Netflix viewing history and you’ll find more closet horror fans than you might expect,” he says. “And it’s that transgressiveness that accounts for their irresistible appeal. They are our guilty pleasures, often watched in that rarified, twilight world when our parents or the babysitter are fast asleep.”

“I had never thought of horror films to be more than something that would simply scare people, and to be honest, I hadn’t even watched that many of them,” confesses May Aon (ENG’24), for whom the class has been revelatory. “I have seen how these films can be used as commentaries to what our society today faces in regards to gender equality, racism, and politics.”

She’s picked up on the takeaway Vahamikos wants for students: you can’t know your country without knowing the movies that keep it awake nights.

“I want students to discover that horror has a unique, inexhaustible power for social and political critique,” he says. “I want them to come to understand that films project a culture’s dreams and nightmares, its highest aspirations and most demoralizing failures. We cannot fully know ourselves or our own country without sitting in the dark and contemplating the searing, enigmatic images we find there.”