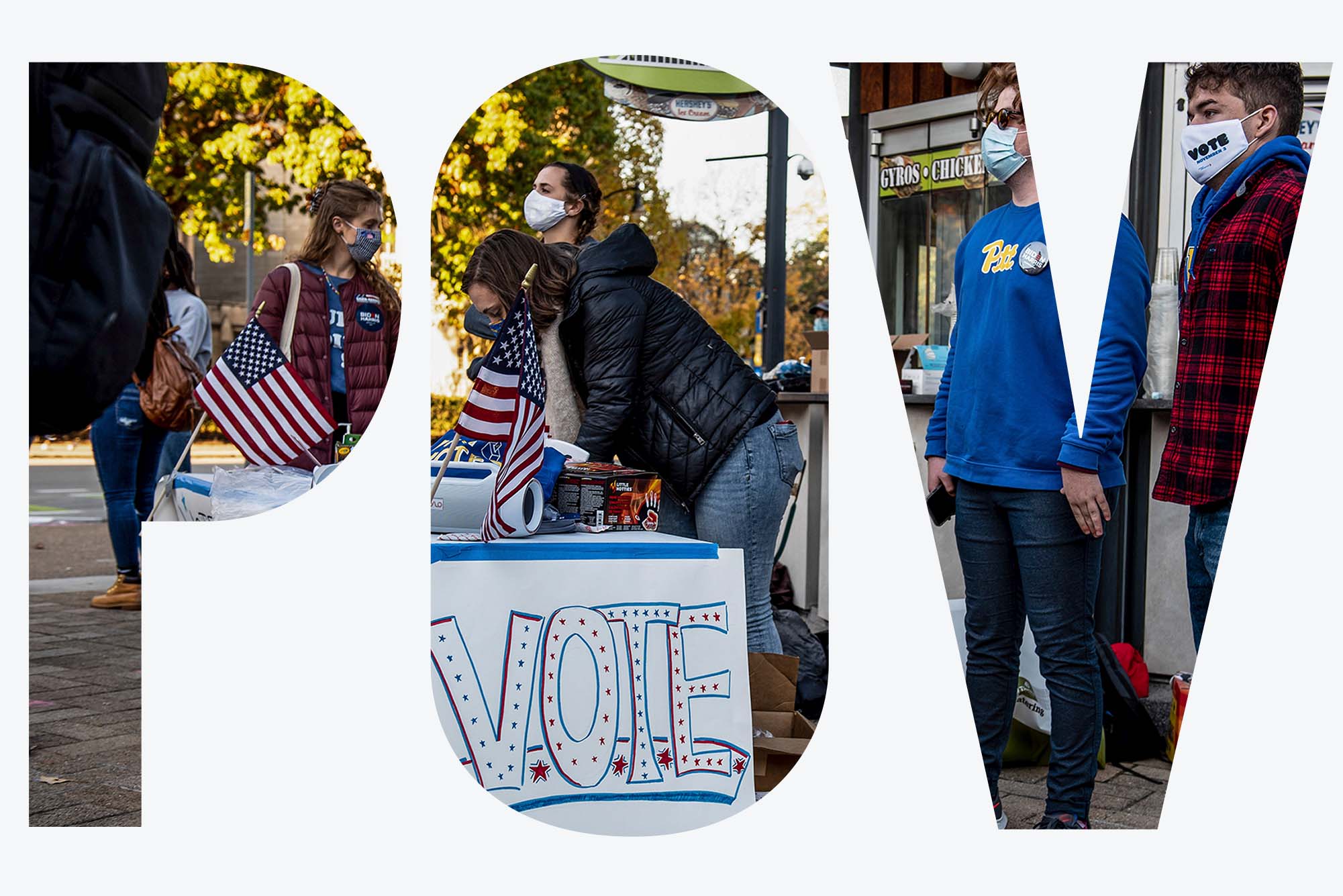 POV: Gen Z Voted at Record Levels in 2020—but That’s Not Enough

College students had a record-breaking turnout for the 2020 presidential election, but will that energy translate to state and local elections?

Voting has been an important aspect of my life from a young age. My parents stressed that to me, because up until the 1960s, Black people were not even allowed to vote. When I go to the polls, whether it be for municipal court elections or a presidential election, I think of those who fought so I could have the right to make my voice heard.

Vernon Dahmer, a civil rights activist in my hometown of Hattiesburg, Miss., led voting drives in the ’60s. Dahmer was murdered in his own home after the Ku Klux Klan set his house on fire. While being murdered for helping people register to vote may seem like something that happened a long time ago, I think about the fact that I went to school with his great-grandson. It is a reminder that my parents’ generation is the first generation of Black people with full rights of citizenship.

I know it’s a dark thought to remember all those who fought and even died just so I could exercise my right to vote, but it’s empowering to know that every time I vote, I’m doing so with the power of many activists behind me. However, not all college students feel the same. When young people do have a significant turnout, as with last year’s record number of college student voters, it’s usually for a presidential election. Presidential elections appear so important because young people will vote on what seems more consequential to them.

When we vote in presidential elections, the major issues like climate change, healthcare, or race issues seem even more prevalent. However, local government elections impact college students by affecting tuition expenses, job wages, and in some cases, people’s access to clean drinking water. Many politicians take advantage of the fact that many 18- to 25-year-olds likely will not turn out to vote in these elections, and therefore only appeal to older generations that may be comfortable with the status quo. Local and state elections have fewer resources, so students don’t get to see those issues as much.

It’s incredibly important to educate students about how local politics can sometimes be more important than national politics. Many college students got involved in the 2020 presidential election because they believed some of the issues in that race were life or death, that decisions being made on those issues within the next few years would be irreversible. The question now is how do we transfer that sense of urgency to state and local elections, while increasing voter turnout among the younger generation?

Even now, it’s a long and sometimes difficult process for me to vote in my home state of Mississippi. While this is not the case for other students who mail their ballots, I have to follow a strict process of making sure that I request my ballot in time, fill in my ballot in front of witnesses, get it notarized, and mail it back to Mississippi in time for my vote to count. But I know it’s worth it.

Civic engagement neither starts nor ends with voting. That is why BU Student Government has events and initiatives that are focused on educating the student body on politics, not only in the Boston area, but also throughout the country. We are even fortunate enough this year to host a forum with the Boston mayoral candidates Michelle Wu and Annissa Essaibi George (CAS’96). At the end of the day, being involved in politics is about holding your elected officials accountable. Voting is one of the many steps required to help create much-needed change. I believe the change that many college students are calling for will lead to a better country, but in order to realize those changes, it’s necessary not only for the federal government to make changes, but for state and local governments to make changes as well.

Nyah Jordan (COM’22) is president of BU Student Government; she can be reached at ngjordan@bu.edu.

POV: Gen Z Voted at Record Levels in 2020—But That’s Not Enough

There are 8 comments on POV: Gen Z Voted at Record Levels in 2020—But That’s Not Enough

POV: Gen Z Voted at Record Levels in 2020—But That’s Not Enough
8
share this