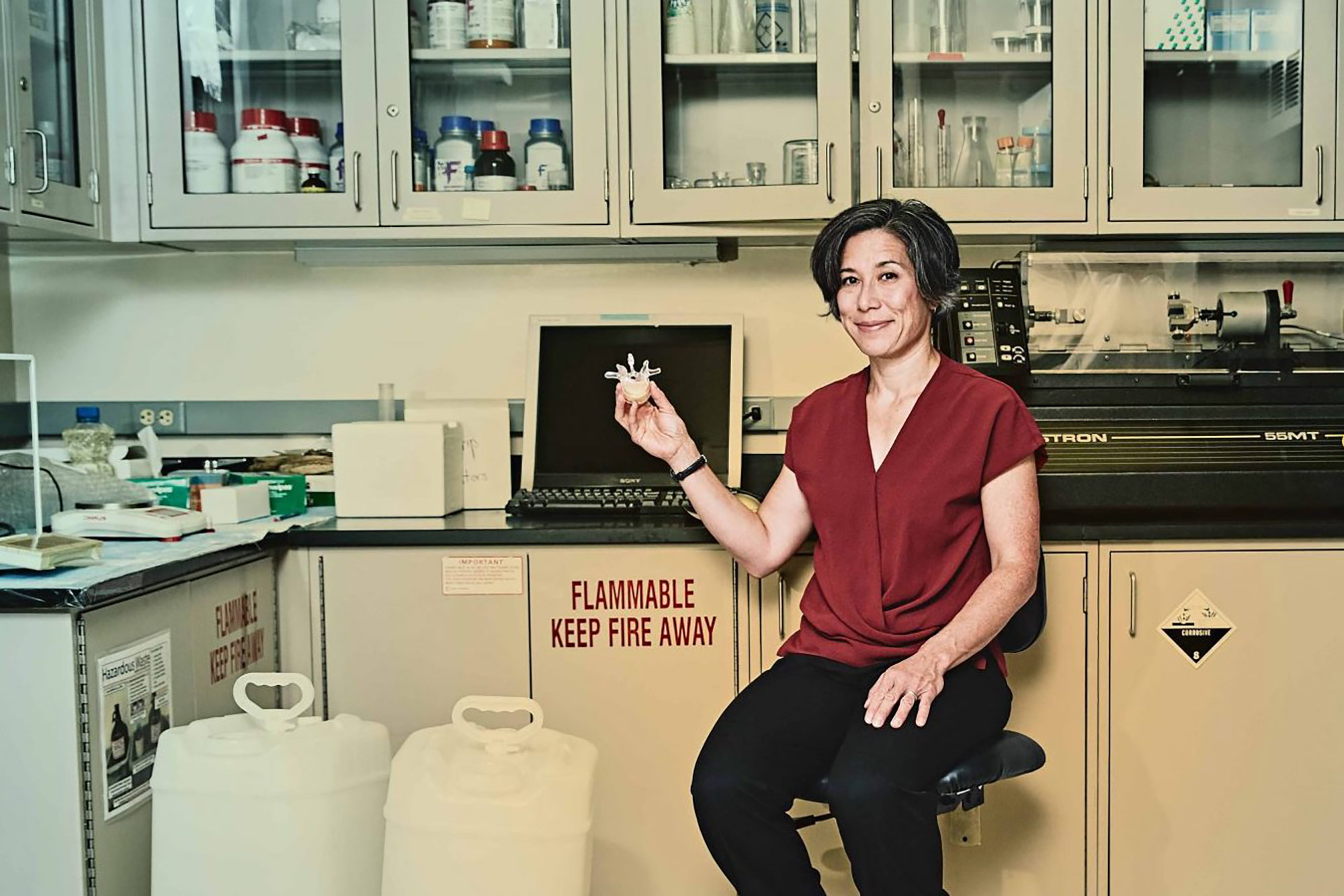 Elise Morgan, a College of Engineering professor of mechanical engineering and a researcher in how mechanical forces affect biological tissue, has been named the first Maysarah K. Sukkar Professor of Engineering Design & Innovation, established by University trustee Malek Sukkar (ENG’92), in honor of his father. Photo by Simon Simard

Through her work as an engineering researcher, Elise Morgan hopes to gain insight into causes and potential treatments for diseases or conditions such as osteoporosis, osteoarthritis, and impaired bone healing. The College of Engineering professor and leading researcher on how mechanical forces affect biological tissue has been named the first Maysarah K. Sukkar Professor of Engineering Design and Innovation. The professorship was established by Malek Sukkar (ENG’92) in honor of his father, a lifelong innovator whose work is aimed at improving society.

Malek Sukkar, the chief executive officer of Averda International, a global waste management company founded by his father, is a University trustee and a member of its International Advisory Board. He is also a member of the College of Engineering Strategic Oversight Planning Committee and he served on the recently concluded capital campaign’s steering committee. “My father is an engineer’s engineer,” Malek Sukkar says. “He’s now in the Congo devising a new hydroponic system that uses as little water as possible and with minimal need for climate control. I wanted to create a professorship that mimics that kind of systems thinking, is interdisciplinary, and improves our quality of life, much like my father.”

Kenneth Lutchen, dean of ENG, notes that the Sukkar Professorship marks a major milestone in the development of the half-century-old college, which has a much smaller alumni body than many of its peers. “This is our first named, endowed professorship established through philanthropy,” he says. “It reflects a capacity to attract and retain the very best researchers, academicians, and teachers, and rapidly elevates the college’s reputation and excellence.”

Morgan, a professor of mechanical engineering, biomedical engineering, and materials science and engineering and ENG’s associate dean for research and faculty development, conducts research in biomechanics and mechanobiology. She uses methods from engineering mechanics, materials science, and cell and molecular biology to investigate how mechanical forces and displacements contribute to the development, adaptation, degeneration, and regeneration of bone and cartilage. Recently, she has been working on the biologically inspired design of additive manufacturing structures that mimic the microstructure of bone.

The inaugural Maysarah K. Sukkar Professor is a fellow of the American Institute for Medical and Biological Engineering, associate editor of the Journal of Biomechanics, a member of the board of directors of the Orthopedic Research Society, and former chair of the National Institutes of Health Study Sections. She has over 100 peer-reviewed publications and nearly 9,000 citations.

“Dr. Morgan’s research intersects mechanics, materials, and bioengineering, specifically orthopedics, with a clear eye on translating her work to clinical practice,” Lutchen says, noting that her appointment was recommended by a faculty review committee. “In addition, she is one of our most talented, dedicated, and innovative teachers at the undergraduate level, and has mentored nearly 20 PhD students to date.”

“I am grateful for this huge honor,” Morgan says. “This professorship opens up some exciting possibilities for our research that’s really groundbreaking. It gives my group the resources to pursue our most ambitious goals.”