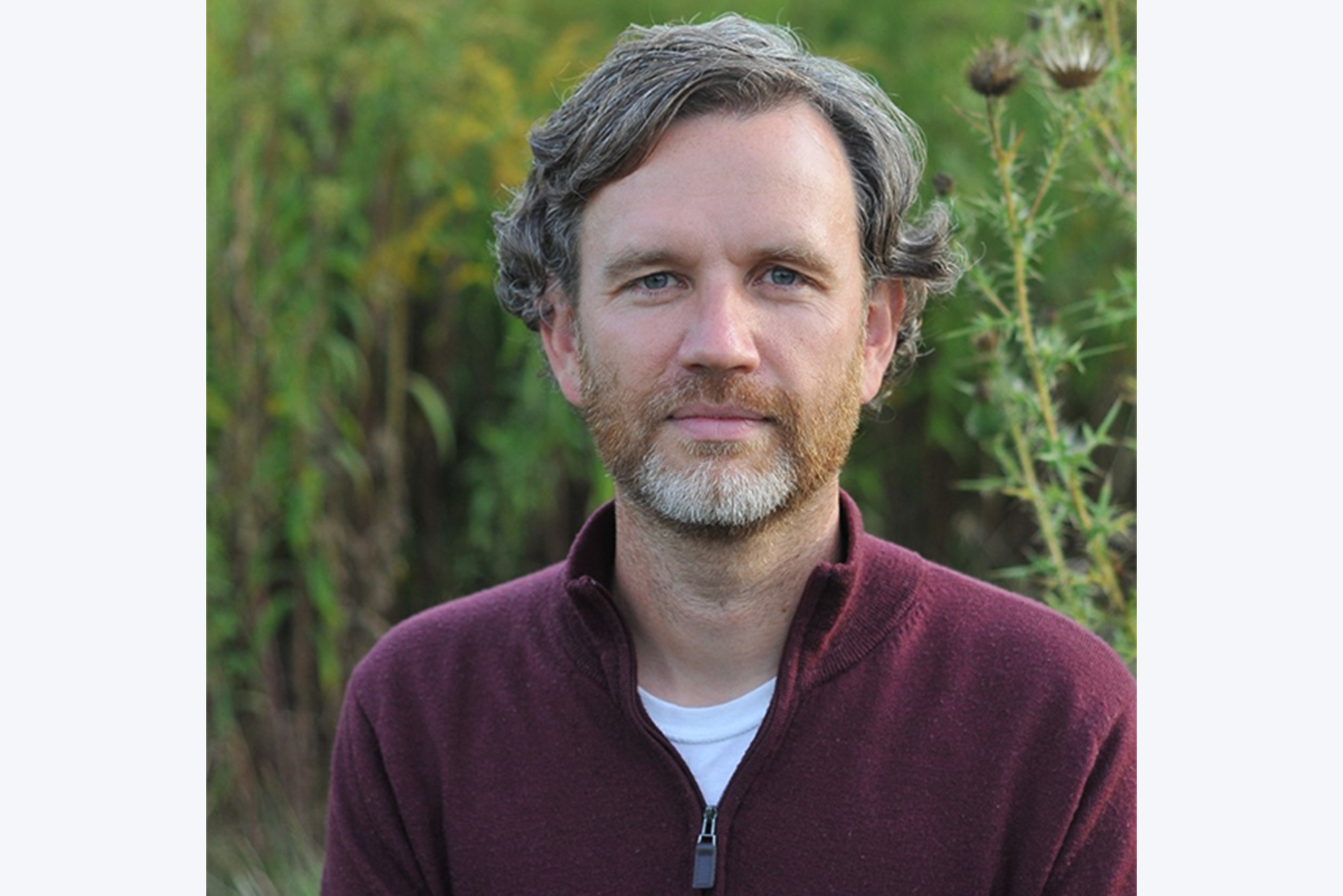 David Jones, who died Saturday in an accident, was passionate about using his research to inform public policy. Photo courtesy of School of Public Health

After a fall from a staircase near an MBTA station this past weekend, his wife shares an emotional post: “He loved unconditionally and was the proudest father to his kids”

David Jones married his passion for health research with an equal passion to improve everyday life with that research. The School of Public Health associate professor of health law, policy, and management testified before the Michigan legislature when it created that state’s insurance exchange under Obamacare. SPH colleague Chris Louis, who worked with him researching states’ varying health issues, says he saw “a wonderful theoretical and practical mind—a skill that is not often found.”

Jones, 40, died Saturday after falling 20 feet when rusted metal stairs gave way near the MBTA’s JFK/UMass Red Line station in Dorchester. State police were alerted that his body was under a gap in the stairs around 1:30 pm. His wife, Sarah Sacuto, said in a social media post that he’d gone for a run.

A state police statement said the stairs “had been deemed unsafe and closed for approximately 20 months.” Sacuto said in her post that her husband “accidentally accessed” the stairs—something that’s piqued the investigative curiosity of Suffolk County District Attorney Rachel Rollins.

“We continue to look at how Dr. Jones accessed a stairway that had been closed for some 20 months,’’ Rollins said in a statement. State police said both ends of the stairs had been fenced off.

“Whether accidental or intentional, any death is a tragedy and the  harm to loved ones is the same,” Rollins’ statement said. “While the investigation is ongoing, we are available to offer his family support and connect them to community resources through our victim witness assistance program.’’

In her post, Sacuto said of her husband, “He was the most loving, kind, considerate person I knew. He was the best father. He loved to dance to Phish, be outdoors, and run. He loved unconditionally and was the proudest father to his kids. I loved him.”

Sandro Galea, Robert A. Knox Professor and dean of SPH, announced Jones’ death “with enormous sadness” in an email to the school community. “In truth, I have no words to describe the devastation of this news.…He cared deeply about bridging research and policy, and conducted work in places as far as France and the Mississippi Delta. And above all, David was a wonderful human being, living with integrity and a deep commitment to all we do.”

Jones was as committed to teaching as to research, says Louis, a clinical associate professor of health law, policy, and management. Taking a scooter to and from the train to arrive early at BU—“I would often look at his door before my own when arriving in the morning to see if he was in yet”—he would meet for hours with doctoral and master’s students.

“He cared deeply about bridging research and policy, and conducted work in places as far as France and the Mississippi Delta.”

“He was the first to welcome new faculty into our department,” Louis says, “and open his home to his students. He often hosted his classes, before COVID, for dinner toward the end of the semester as a way of bringing  together class material and opening his life to his students.”

Jones joined the faculty in 2014 and was founding editor-in-chief of the Public Health Post, SPH’s online newsletter containing information about public health from policymakers, academics, journalists, and health care professionals.

He was the author of Exchange Politics: Opposing Obamacare in Battleground States (Oxford University Press, 2017), an examination of  states’ decisions regarding health insurance exchanges under Obamacare, and at the time of his death was working on a book about the social determinants of health in the Mississippi Delta, revisiting the stops made there in the 1960s by the late Senator Robert Kennedy. He was frequently cited in national publications such as the New York Times, the Washington Post, and the Wall Street Journal, among other media.

Jones was the recipient of numerous honors, including SPH’s Excellence in Teaching Award, the John D. Thompson Prize for Young Investigators from the Association of University Programs in Health Administration, and the Outstanding Dissertation Award from AcademyHealth, a Washington, D.C., health research and policy nonprofit.

SPH hosted a memorial gathering Monday in person and via Zoom in the school’s Founder’s Room. Gathering time also will be available Tuesday, during Jones’s regularly scheduled class time, for his students, Galea wrote in his email.

My wife’s surgery yesterday couldn’t have gone better. No sign of cancer & they removed the ostomy. What a year! I had class on 28 Tuesdays; she went in for chemo/radiation/surgery on 19 of them. Thank you to amazing TAs, colleagues, and students for your support. #pm760 pic.twitter.com/njcVmSOslJ

Earlier this year, Jones joyfully tweeted about his wife being cancer-free following surgery and treatment for the disease; he also tweeted about the difficulty, familiar to many parents, of navigating his three children’s mental health during the pandemic. A GoFundMe page to support his family in Milton has been set up by his SPH department.

Individual counseling support for students, faculty, and staff, on campus or abroad, can be arranged at any time through the following resources: