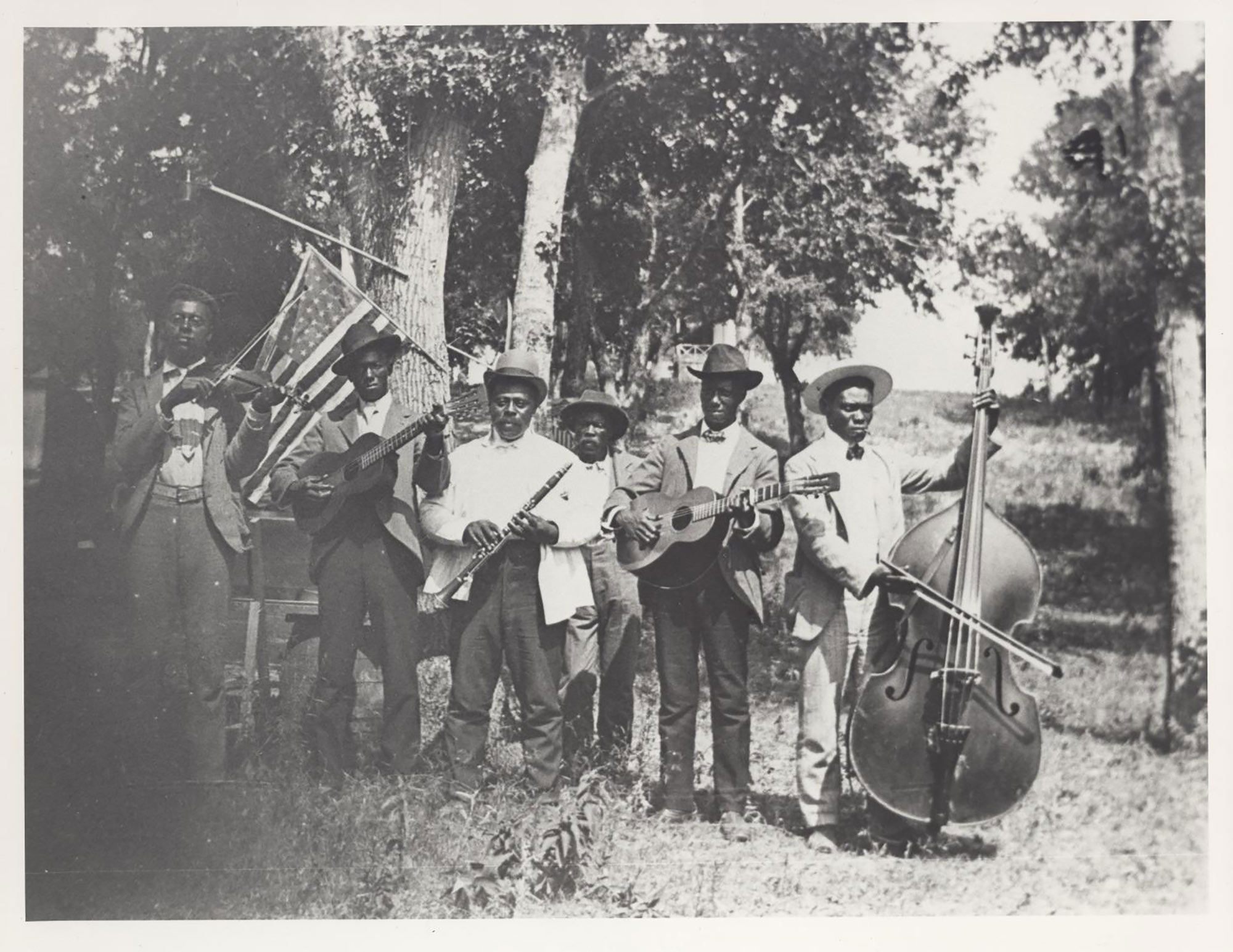 An African American band at an Emancipation Day celebration on June 19, 1900, in Austin, Tex. The event marks the day in 1865 when the last enslaved people in the United States learned they were free. Starting this year, it will become an official University holiday. Photo courtesy of Mrs. Charles (Grace Murray) Stephenson/Austin History Center General Collection Photographs/The Portal to Texas History

And Columbus Day will be renamed Indigenous Peoples’ Day

Boston University now recognizes Juneteenth as an official holiday and will rename the October Columbus Day holiday Indigenous Peoples’ Day on its calendar, part of an ongoing effort to make BU “the diverse, equitable, and inclusive community that best embodies our values,” President Robert A. Brown announced in a letter sent to the University community on Thursday.

Juneteenth, long celebrated in the African American community, is traditionally observed on June 19, marking the day in 1865 when the last enslaved people in America—in Texas, where the holiday began—were told they were free. Also known as Freedom Day, Jubilee Day, Liberation Day, or Emancipation Day, it is already celebrated in most states. This year is the first year that it’s an official holiday in the commonwealth of Massachusetts.

“Although it is a long time coming, it’s good that BU is starting to recognize such an integral part of Black college students’ lives,” says Cynthia Methelus (Sargent’22). “Juneteenth being recognized as a University holiday shows that BU is making strides towards its recognition of the Black experience in America.”

This year the holiday falls on a weekend, so the University will celebrate it on Friday, June 18. Human Resources will disseminate information about pay policies and reporting for this holiday.

“We wanted to publish a calendar that would be more representative of the student population and a larger society that is changing and becoming more diverse, and also to think about the calendar as part of the education process,” says Andrea Taylor (COM’68), the University’s first senior diversity officer and chair of BU’s Antiracism Working Group. “To be a well-educated, well-informed student and citizen, it would be advantageous to know about traditions and holidays across cultures and communities.”

The changes were recommended by a six-member subcommittee of the Antiracism Working Group, and approved earlier this week by the University Council.

“We had a charge to look at what is celebrated at the University through an antiracist lens,” says subcommittee chair Christine McGuire, vice president and associate provost for enrollment and student administration.

“We felt that looking at the academic calendar through that lens would give us an opportunity to be reflective and thoughtful and contemporary,” Taylor says, “and deliberate in the celebrations we choose to focus on.”

Changing the Columbus Day holiday to Indigenous Peoples’ Day will allow the University community “to acknowledge and reflect on our complicated colonial history and celebrate the traditions and achievements of Native Americans,” Brown’s letter said.

The subcommittee, formed in January by the Antiracism Working Group, outlined the rationale for this change: “The holiday was created in 1792 to honor the 300th anniversary of Christopher Columbus landing in North America, and in the 20th century was seen as a celebration of Italian Americans. In truth, the arrival of Europeans to colonize the Americas led to the deaths of millions of indigenous people.

“As early as 1977 the United Nations began recommending that the US rename Columbus Day to Indigenous Peoples’ Day with the intent to recognize that the Americas were not empty to be ‘discovered,’ but inhabited by native people,” the subcommittee wrote. “Renaming Columbus Day is seen as an opportunity to recognize the real and often tragic history of this country, and to celebrate the contributions of indigenous people.”

Some 18 states and several major cities, as well as several prominent  universities, have already adopted this change.

“For indigenous people, it would be nice if we actively celebrate indigenous students. Maybe that looks like having a marketplace where students could sell, for example, indigenous art and promote indigenous businesses in that way,” says Solange Hackshaw (COM’21, CAS’21). “We should also be working with the Wampanoag people and Massachusetts indigenous people, given that we’re on their land. It is unceded land. I think that would be more significant than just recognizing and reflecting on the holiday.”

“I think they are great first steps in acknowledging history that has largely been brushed under the rug, especially in academia,” Alyssa Helmling (CAS’22) says. “It’s still more of a symbolic step in the name of antiracism, not a policy change or something that can tangibly help students of color. I still think it’s a great choice and I’m glad these holidays are getting wider recognition.”

Taylor says the subcommittee’s work is ongoing. “We will continue to deliberate about ways that we can make the academic calendar part of our intellectual pursuit University-wide,” she says, and remain open to other changes that “will be reflective of the diverse, equitable, and inclusive community that we seek to be at Boston University.”