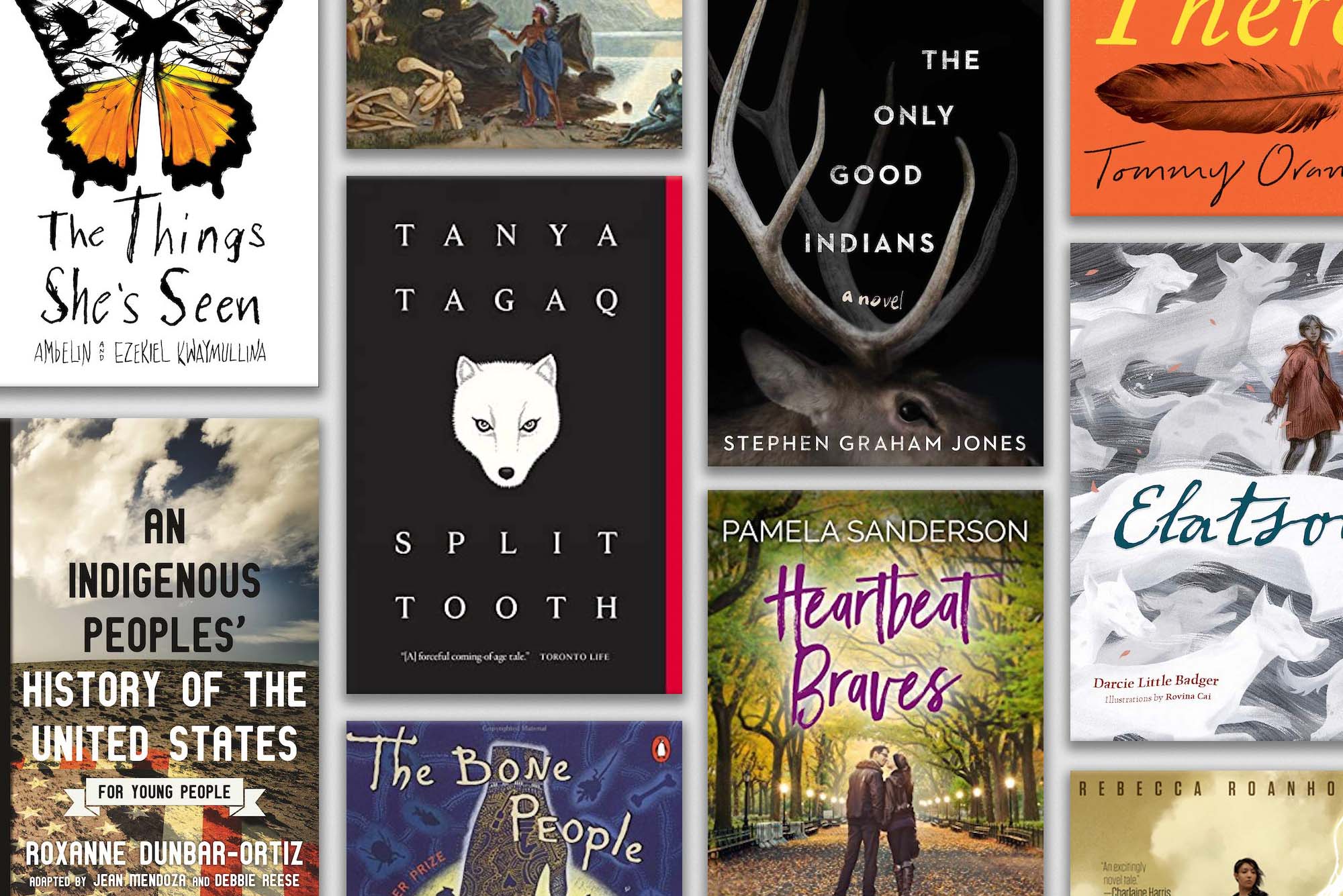 From romance to horror to nonfiction, these books by indigenous authors will entertain and educate

In an alternate universe, America is pretty much the same, but with one major difference: magic is prevalent and monsters of legend walk the Earth. While some of these forces can be charmingly mundane, there are still dark entities lurking about. Elatsoe, a young Lipan Apache girl, has the ability to raise the ghosts of dead animals, like many of her relatives. When her cousin is murdered in a mysterious town, Elatsoe decides to do what she can to solve the mystery and protect her family.

With Halloween right around the corner, you may want to pick up this spine-tingling book by prolific indigenous author Stephen Graham Jones. This novel follows four Native American men who find themselves fighting for their lives years after a disturbing event from their youth. Soon the childhood friends find themselves being tracked by a violent and vengeful entity that threatens to bring back into their lives the culture and traditions they tried to leave behind.

After a climate apocalypse that leaves water levels unfathomably high, one of the only civilizations that remains is Dinétah, a former Navajo reservation. But this new world brings gods, legendary heroes, and terrifying monsters that threaten the lives of those that remain. The only person standing between evil and what’s left of her world is Maggie Hoskie, a Dinétah monster hunter, who is enlisted by a small town to find a missing girl. She teams up with a local medicine man, Kai Arviso, and the two travel across the rez, while confronting the most dangerous monster Maggie has ever faced.

Written by historian and activist Roxanne Dunbar-Ortiz, this 2015 American Book Award recipient aims to tell the history of the United States from the perspective of its indigenous peoples. From the beginnings of European settler-colonialism to the devastating Trail of Tears to the campaign to replace Columbus Day with Indigenous Peoples Day, and more, this crucial book covers more than 400 years of Native American history.

On the road to the Big Oakland Powwow, 12 urban-based Native American travelers find themselves grappling with their own personal demons. What none of these characters know is that they are all connected to one another in ways they have yet to realize and are bound to their struggles by a painful history, a complicated present, and a shared heritage.

Rayanne Larson is working her dream job at Crooked Rock Urban Indian Center, helping out indigenous people living off the reservation and in the city. But things turn frustrating when the center’s new leader hands one of her projects to his nephew, Henry Grant, who has no interest in working for the center…until he meets Rayanne and finds himself drawn to her. Wanting nothing to do with the (annoyingly attractive) man who swept in and stole her beloved project, Rayanne is determined to keep her distance. But that changes when the center faces a crisis and the two have no choice but to join forces.

Beth Teller is dead. And she can’t seem to help her father get back on his feet. Huh? Turns out, her dad is the only one who can see and hear her beyond the grave. When a mystery pops up, Beth hopes to use this case to remind her detective father that life is still worth living, even if she is gone. The mystery? Who is Isobel Catching, how is she able to also see Beth’s spirit, and what is her connection to a devastating fire at a shelter for troubled youth?

Kerewin Holmes, a part Maori, part European artist, has become estranged from her art. On top of her loss of artistic inspiration, her family wants nothing to do with her, so she lives alone, until a speechless boy named Simon and his foster father, Joe, crash into her life and encourage her to let her guard down.

In this Indigenous Voices Award–winning novel, Tagaq (a well-respected Inuit throat singer) weaves together fiction, memoir, poetry, and Inuit folklore. Following an unnamed Inuk woman growing up in 1970s Canada, and alternating between short prose, poems, and illustrations, the novel follows this girl as she grows up and experiences all of the trials and tribulations that come with leaving childhood behind.