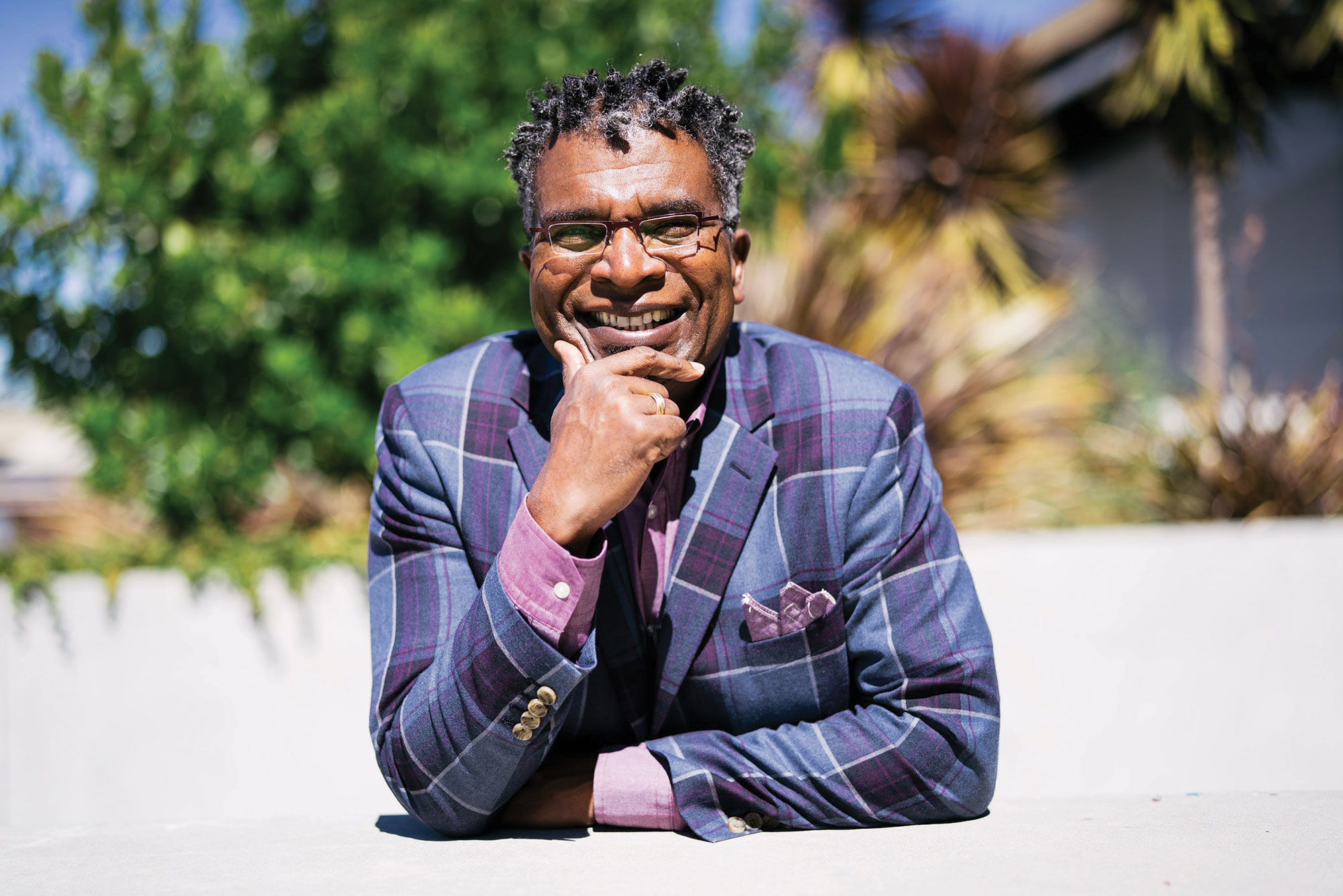 “It can be hard, given hundreds of thousands of alumni, to see ‘How do I fit into this?’” says Anthony Harrison (COM’81), president of the Boston University Alumni Association. “But you start to find your place.” Photo courtesy of Anthony Harrison

Like his immediate predecessor, JR Hipple (COM’88), Harrison has parlayed his BU education into a highly successful career in public relations. Now the senior director of corporate communications for Anaplan, based in San Francisco, he’s also helped shape the image of a host of influential institutions: Microsoft, Disney, Starbucks, Verizon, the New York Times, and, most recently, Facebook.

Hipple says that “Anthony, a dear friend and remarkable BU alumnus, is the perfect person at the right time for BU.”

Harrison studied at BU during what he calls “a volatile time.” As a result, he says, “I, like many from that period, had drifted away from BU.” But that changed.

“I came back maybe 10 years ago now, and I was blown away by what a phenomenal institution BU has become under Bob Brown,” Harrison says. “And I can’t be more thrilled and proud to step into this role as an out and proud African American gay man.”

For Hipple, the increasing representation of BU’s diverse alumni has been a priority during his tenure. “We have done a lot to improve diversity, equity, and inclusion [DEI] on the BUAC,” he says. “We’re not there yet, but we have greater representation.”

Harrison plans to continue that work, and to keep developing affinity groups to bring together Terriers with shared interests, all around the world. “It can be hard, given hundreds of thousands of alumni, to see ‘How do I fit into this?’” he says. “But you start to find your place—that’s part of it. And, for the BUAA, it means not trying to be ‘one size fits all.’”

One key tool in that effort is BU Connects, the digital platform that brings Terriers together for personal and professional networking. Because it includes current students as well as graduates, Hipple says, it has already been helpful in furthering another of his aims for the BUAA: giving alumni more opportunities to support students, whether by formal mentoring or by sharing job openings and other opportunities.

That kind of connection is one of three priorities that emerged from alumni feedback on the BUAA’s strategic plan, Hipple says. That feedback also highlighted developing meaningful networking opportunities and support among alumni and sharing news about BU’s accomplishments that strengthens older graduates’ perceptions of the University.

Just in the past year, Harrison agrees, there has been a lot to celebrate. “The work that’s happening around DEI is inspiring—the University has doubled down on doing what’s right. And their response to the pandemic: to continue to function, and to provide that residential college experience,” he says. “It’s things like that that more alumni need to know about.”

Harrison is also particularly interested, he says, “in creating better connections between alumni and students, so they become excited about becoming alumni. I’m very energized about that.”

Like Hipple, Harrison hopes to see more alumni taking part in the activities of the BUAA—attending events, catching a webinar, or connecting with students. As Hipple points out, “the school needs alumni to be involved. When you’re involved, you get so much more than you could ever give.”

How to Get Involved