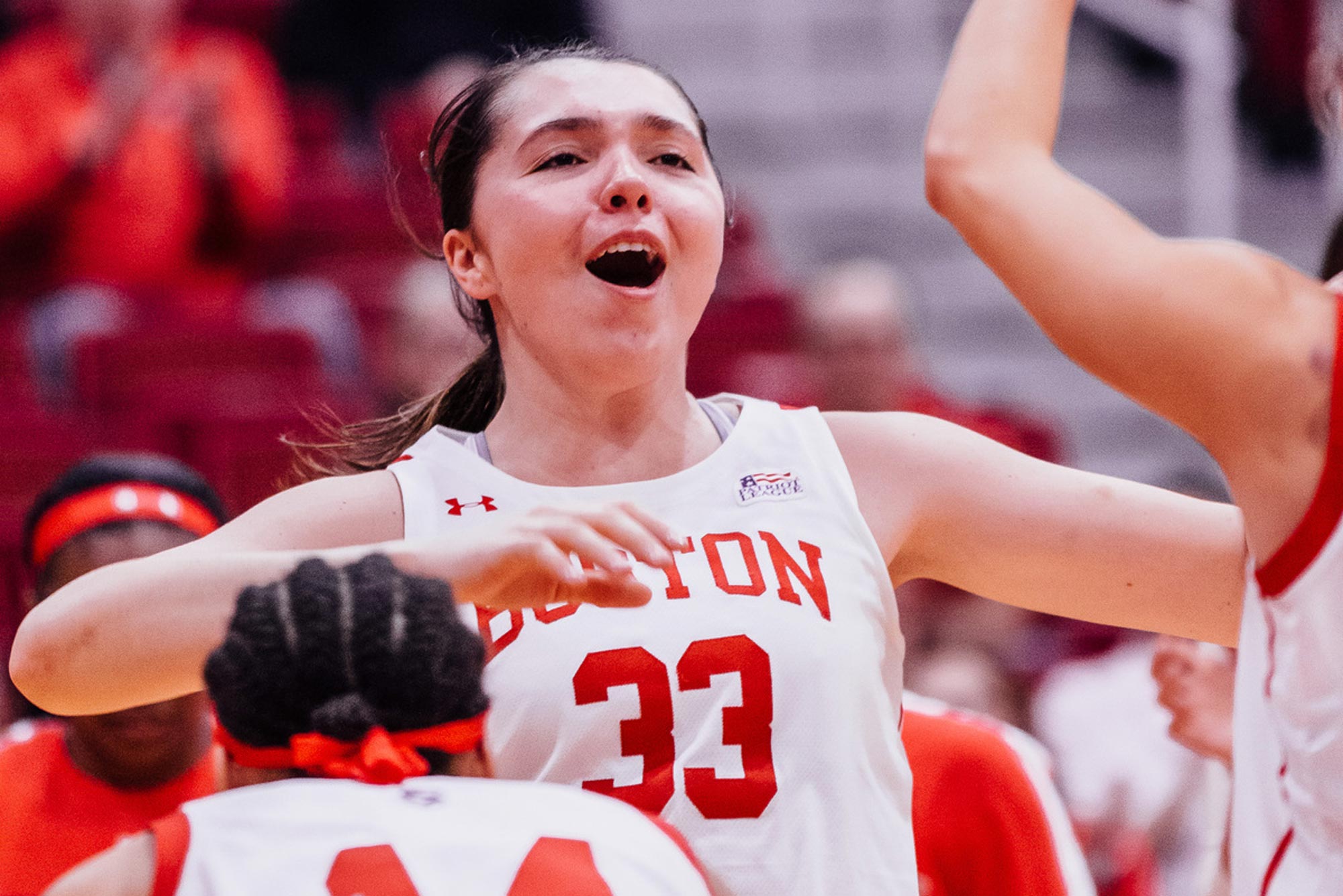 Maren Durant (Sargent’23) erupted for a double-double in the PL quarterfinals Monday night.

Updated—March 12, 1:45 pm: The Patriot League has canceled the women’s basketball tournament because of the coronavirus epidemic. The Terriers had been scheduled to host Lehigh in the semifinals Thursday, March 12, at 6 pm.

For the first time in the seven years since the BU women’s basketball Terriers joined the Patriot League, they have made it to the conference semifinals. Following a 46-44 victory over American University Monday night, BU will host Lehigh on Thursday, March 12, at 6 pm at Case Gym.

“It’s now the postseason, so everything’s a little different,” says Maren Durant (Sargent’23). “This is still Terrier basketball. Our mindset is still to have a killer mentality. It’s just that we now have extra responsibilities.”

The Terriers have relied heavily on their young players during this year’s regular season, with three freshmen starting in the lineup: Patriot League Rookie of the Year and All-Patriot League Third Teamer Maggie Pina (CAS’23), All-Defensive Team honoree Durant, and Sydney Johnson (CAS’23). All were named to the Patriot League All-Rookie Team.

It’s important for the team to balance their aggression on the court, Moseley says. “When we come back in we have to play with a little bit more control, but those are young players.”

The 6-foot-3 Durant had a team-high 12 points and a career-high 15 rebounds in the quarterfinal victory over American, followed by Nelson, with 11 points, and Pina, with 10.

For Moseley, who was appointed head coach in April 2018, it was her first playoff win as a head coach. During her nine years as a University of Connecticut assistant coach, the Huskies won five national championships. She hopes that Monday’s win is the first of many more playoff victories for the Terriers.

“I felt a little relief,” Moseley says. “I wasn’t necessarily thinking about my first win in the playoffs, I was just thinking about winning the game. Sometimes you’ve got to grind it out like that. We made some big plays when we had to.”