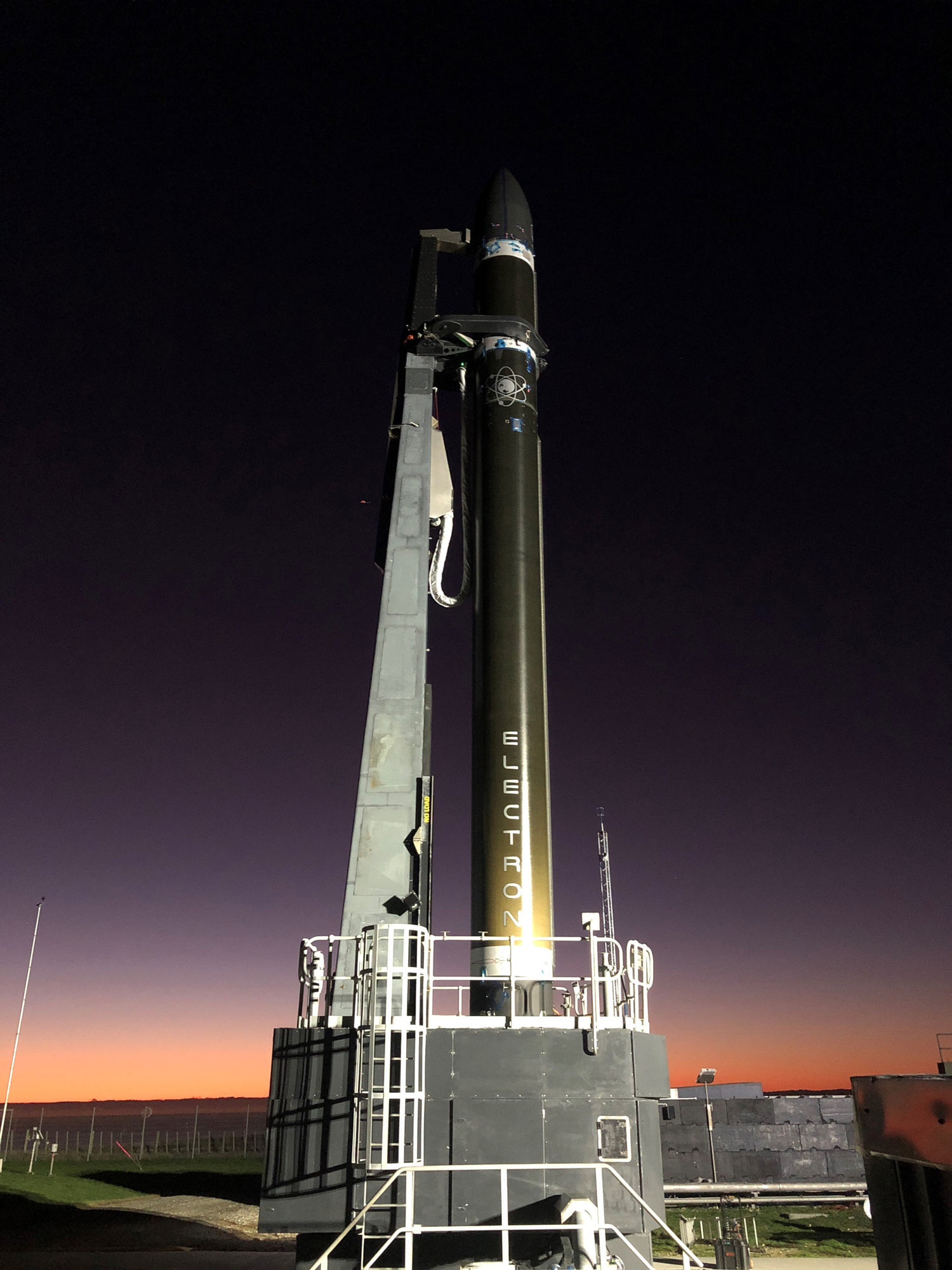 Better three years late than never. Work built by Boston University SATellite (BUSAT) program students has made it into space after a long-delayed launch.

A private rocket carrying a network of mini-sensors made by BUSAT students blasted off from New Zealand’s Mahia Peninsula on June 13. The sensors will study electric currents in Earth’s magnetic field that can cripple communications and power here on the ground. The launch had been delayed several times, including most recently from a planned March liftoff halted by the COVID-19 pandemic; New Zealand has just emerged from the pandemic, with the recent announcement of no new cases.

“Unfortunately we weren’t able to bring any of the team to the launch site,” says program advisor Brian Walsh (GRS’09,’12), a College of Engineering assistant professor of mechanical engineering. “We watched eagerly from home, where many of us gathered on a Zoom meeting.”

Not being present at the liftoff site didn’t diminish the day’s joy for those who had waited so long for the moment. “To say that I felt ecstatic and proud…would be an understatement,” says Phillip Teng (ENG’19), who worked for two-and-a-half years on the sensors network, named ANDESITE.

The launch, he says, was “the culmination of all the design choices and testing methodologies we’ve implemented along the way.”

There is a bittersweet note to the takeoff: it came just weeks after the death of Ted Fritz, a College of Arts & Sciences professor emeritus of astronomy, who “founded and really fostered” BUSAT, Walsh says.

Walsh and Joshua Semeter (ENG’92,’97), an ENG professor of electrical and computer engineering, joined forces when Walsh came to BU in 2015 with research expertise in small satellites and space technology. Semeter developed BUSAT’s science mission in the program’s early years and was already working on what became the ANDESITE launch.

The launch delays over the past three years, Semeter says, owed partly to the small-bore scale of the mission compared with NASA’s typical ones. (The US space agency arranged ANDESITE’s launch on a rocket owned by Rocket Lab, a private American aerospace manufacturer and small-satellite launch provider.) BU’s project has received about $500,000, involving as it does student engineers and tiny satellites, from the US Air Force. The National Science Foundation, NASA, and BU also contributed funding.

BUSAT improved the satellites’ hardware and software in the three years since the first aborted launch, continuing to test its resilience to shaking and temperature extremes.

“A lot of the research I’m involved in is building types of things like this—small satellites with sensors to measure things in the space environment, so it was a very natural collaboration,” Walsh says, for him and his students.

The rocket will eject a canister that will in turn spit out the ANDESITE network of eight wireless sensors. The sensors, able to complete an Earth orbit in 90 minutes, will measure changes in electric currents flowing in and out of the Earth’s upper atmosphere along its magnetic field over the course of a few weeks, collecting data for its BU creators to analyze.

The network’s on-switch will activate at a crucial extraterrestrial signpost: the aurora, which “is an optical manifestation of currents flowing into and out of our atmosphere,” says Semeter. “That’s where the currents appear.”

“We’re going to use ground-based pictures of the aurora in tight collaboration with this mission. We’re going to set up cameras,” he says, “and that will allow us to correlate what’s going on with these dancing light displays [of the aurora] with what the ANDESITE array measures as it goes over them.” The ground monitors are at observatories run by NASA and the National Science Foundation.

Semeter says that ultimately, they’re “trying to understand this huge source of heat that impinges the outer atmosphere and…causes the atmosphere to become ionized, and therefore interferes with GPS signals and [radio] communications.”

A graphic example of such electro-havoc occurred in 1989, when plasma fired by a solar eruption invaded the magnetic field, generating electricity that shut down Canadian utility Hydro-Quebec’s grid for nine hours. There may be no stopping these assaults from space, Walsh says, “but if you can predict it and you know its intensity, you’ll be able to better prepare for it.…We will be able to protect our assets on the ground.”

“We get a brief period of excitement at launch,” he says, “and then it’s off to the ground station to start receiving science data as it comes in from the spacecraft.”

ANDESITE was one of three projects launched into space Saturday by the New Zealand subsidiary of Rocket Lab. The other satellites were from the National Reconnaissance Office, the federal agency overseeing US intelligence satellites, and from Australia’s University of New South Wales.

View the launch of the rocket carrying BU’s satellites here.