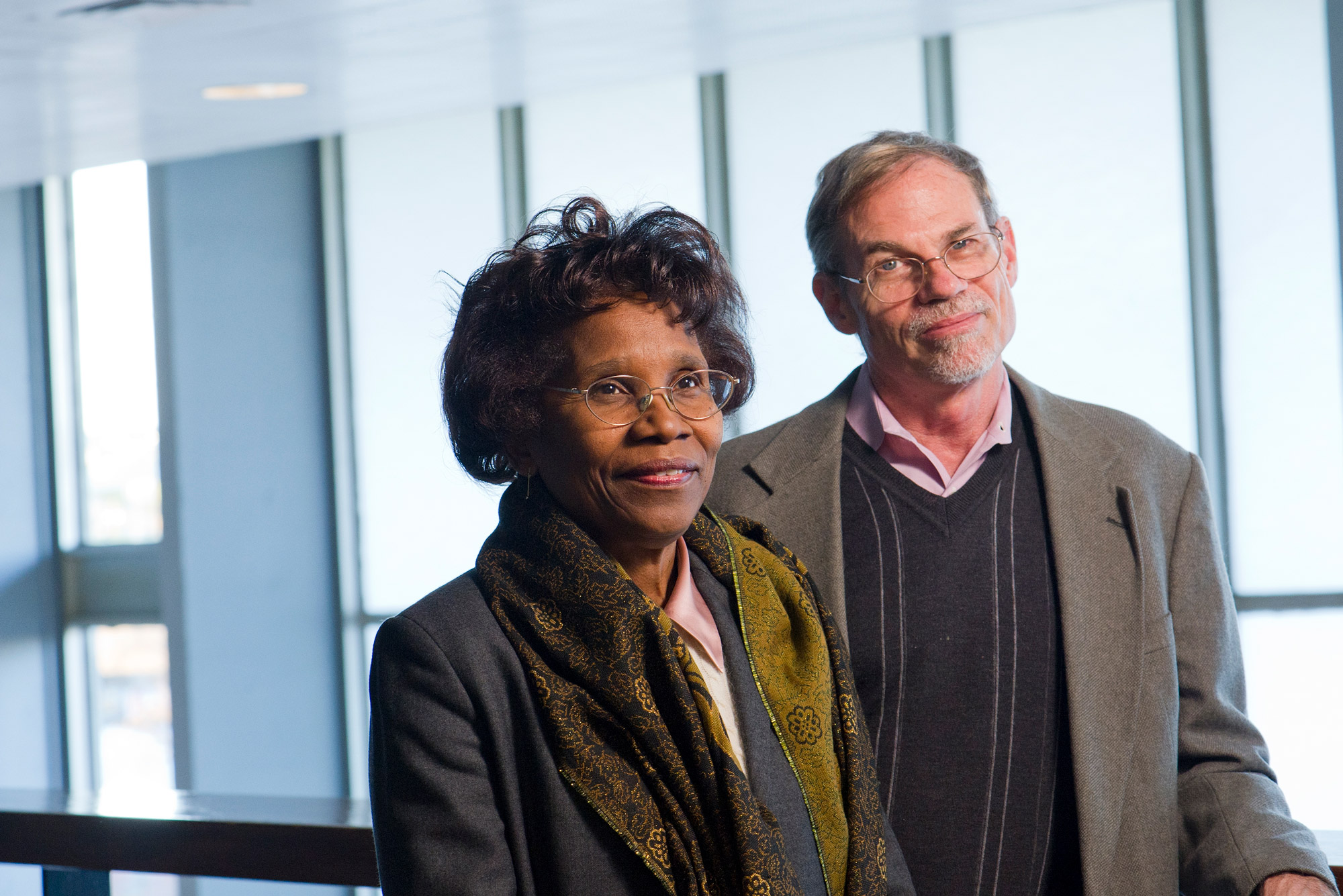 John Thornton and Linda Heywood join accomplished people, past and present, who’ve been elected members of the American Academy of Arts & Sciences. Photo by Kalman Zabarsky

Husband and wife scholars and authors John Thornton and Linda Heywood have never been ones to confine their expertise solely to the stereotypical ivory tower. Both professors of African American studies and history at Boston University’s College of Arts & Sciences, they worked on Henry Louis Gates, Jr.’s PBS documentaries about tracing African ancestry and advised the redesign of the Smithsonian National Museum of Natural History’s African Voices exhibit. Thornton, who is also director of graduate studies in his department, was principal consultant for 2016’s update of the classic television miniseries Roots.

Projects like these, along with their more academically targeted work, have won them membership in a centuries-old society whose roster includes George Washington, Benjamin Franklin, Ralph Waldo Emerson, and Martin Luther King, Jr. (GRS’55, Hon.’59). Heywood and Thornton are among the 276 scholars, artists, scientists, and others newly elected to the American Academy of Arts & Sciences (AAAS).

Both honorees say they were stunned by the news—in part because they did not find out together. “I got notified many hours after Linda did,” Thornton says. “I didn’t understand why I was getting congratulations.”

Whether the delay owed to notification by alphabetical order or some other reason, both now belong to a class of new members that includes singer Joan Baez and former US Attorney General Eric Holder (Hon.’10). All were nominated by the extant AAAS membership, and as members, will “join with other experts in cross-disciplinary efforts to produce reflective, independent, and pragmatic studies that inform public policy and advance the public good,” in the words of the AAAS.

I got notified many hours after Linda did. I didn’t understand why I was getting congratulations.

They’ll be inducted just across the Charles River, in Cambridge, the AAAS’ home, on October 20, with the nature of the ceremony—in person or online—to be determined by the state of the coronavirus pandemic then, the organization announced.

Heywood’s most recent book, Njinga of Angola: Africa’s Warrior Queen (Harvard University Press, 2019), her first work of scholarship for a general audience, drew rave reviews (“enthralling”) and was translated into French and Portuguese. Earlier, she edited Central Africans and Cultural Transformations in the American Diaspora, which Brazil adopted as “one of the core texts” teaching their culture’s African heritage, she says.

Thornton is the author of eight books, the best known Africa and Africans in the Making of the Atlantic World, 1400-1800 (Cambridge University Press, 2012), a standard in the study of the African diaspora that has sold over 40,000 copies and been cited almost 2,000 times in academic publications. “I’ve published other books, eight in all, and some of them have done pretty well on both the academic and classroom sides,” he says, “but if people tell me, ‘I read your book,’ they usually mean Africa and Africans.”

John Adams, John Hancock, and others founded the AAAS in 1780, during the American Revolution, to equip the future United States with a knowledge-gathering body to advance public welfare.