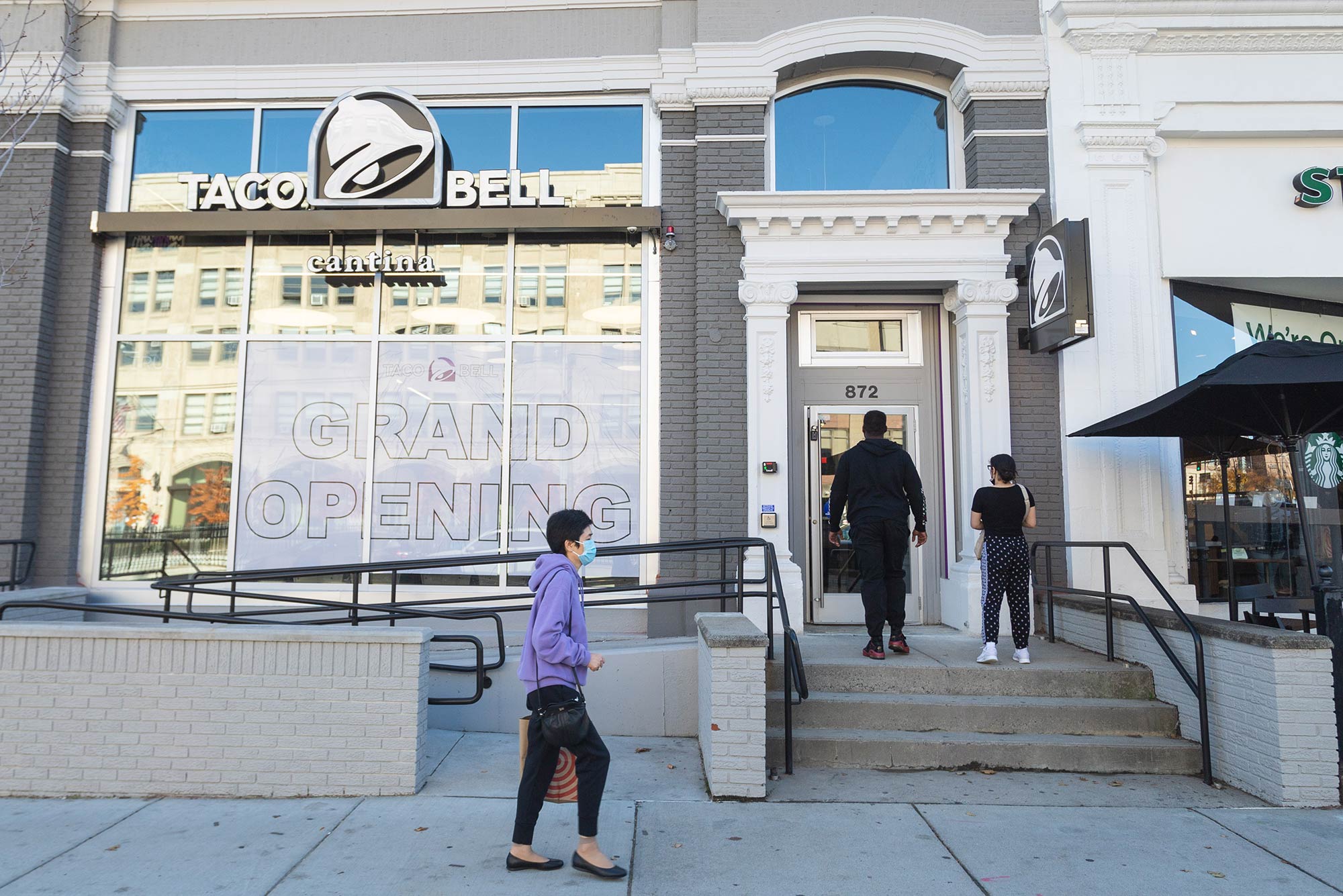 Students Like the New Taco Bell Cantina. But Does the Boston Globe Food Critic?

The city’s most prominent food writer acknowledges some good bites, along with some that feel more like “basement ceiling tile”

Boston Globe restaurant critic Devra First recently decided to see what all the fuss was about at the newly opened Taco Bell Cantina on Comm Ave, in the heart of Boston University’s Charles River Campus. This is not, it’s fair to say, the type of dining experience she normally reviews.

The fast food joint’s “cantina” concepts have a slightly different menu than its traditional stores, serving beer, wine, and boozy slushies—and its flagship Las Vegas location even has a wedding chapel. Indifferent to Taco Bell, First found initial disappointment and frustration—and then satisfaction in its comfort food. (Which may be the stages of all our Taco Bell journeys, right?) In her deft hands, Taco Bell food has probably never sounded so frustrating, creative, or tempting, all at the same time. Read the article here.

Some of our favorite lines:

“If you’re not familiar [with the Crunchwrap Supreme], it’s basically a taco wrapped in a flour tortilla and grilled shut, and it is hexagonal. We need more hexagonal food in the world, because it is very satisfying to eat, like a sandwich cut on the diagonal (which is obviously the superior way): so many pointy bites.”

“Still, we benefit from genius reengineering like the Nacho Cheese Doritos Locos Tacos, a taco in a Dorito shell.”

“The thick bubbly shell has cheese toasted into it and the texture of a basement ceiling tile drying out after a leak.”

“More than any other Taco Bell item, these nachos must be eaten before they cool into rigor mortis…”

“[The chips] break every time. They just can’t. They have given up. They can’t. They are all of us at our saddest during COVID times, if we were tortilla chips.”

“The warm burrito has the soft flop and heft of a sleeping child gently removed from the car and slung unconscious onto the shoulder to be transported inside to a cozy bed. It’s so comforting.”

“The Baja Blast tastes like lime-ish soda and is the kind of drink beloved by people who don’t like the taste of alcohol.”

Students Like the New Taco Bell Cantina. But Does the Boston Globe Food Critic?