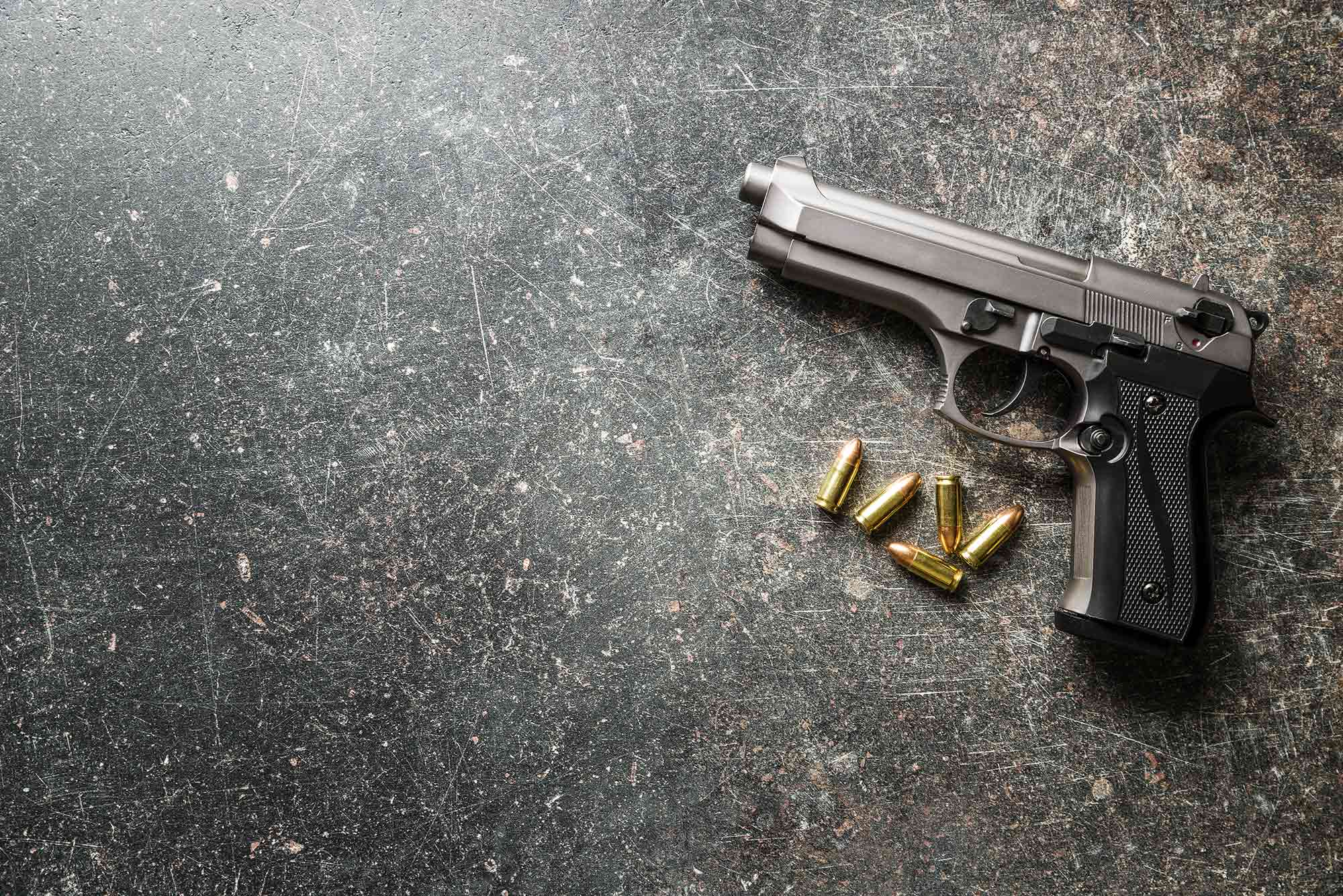 “In sheer numbers, no other nation comes close,” said Philip Alpers, a University of Sydney School of Public Health associate professor, at the School of Public Health Dean’s Seminar Guns: A Global Epidemic on May 6. But when comparing each year’s more than 250,000 global gun homicides, he said, the countries most affected by gun violence are in Latin America, the Caribbean, and South Africa.

Held via Zoom and cohosted with the George Washington University Milken Institute School of Public Health and The Lancet, the seminar convened gun violence experts from around the world, including Australia and Guatemala, to foster a global understanding of guns and health.

“Recent months have shown that we can change the world in fundamental ways when health is at stake,” said Sandro Galea, SPH dean and Robert A. Knox Professor, in his opening remarks. “This starts with having the necessary, and at times uncomfortable, conversation about guns and their contribution to poor health worldwide.”

Panelist Rebecca Peters, a Surviving Gun Violence senior associate, who is based in Guatemala, said it is “useful for Americans to understand the gun violence impact of America’s guns beyond America’s borders.

“The main source of guns that are used to commit crimes in Guatemala are trafficked across the southern border of the United States, where gun laws are very lax,” she said. “I haven’t heard the conversation on the role that America’s guns are playing in the humanitarian, economic, and health crises in Central America.”

Moreover, Peters said, the global conversation on guns should address survivors of gun violence, not just deaths. “By not acknowledging that a lot of people are shot and don’t die, we are failing to address a huge part” of the problem. “We’re failing to see the whole picture of the harm caused by guns.”

It’s difficult to ascertain just how many people survive gun violence, she said. The US Centers for Disease Control and Prevention estimates that for every person in the United States who dies from a gunshot, there are two to three people whose injuries require hospitalization. In lower-income countries, that estimate is likely much higher, she said, and in Guatemala, widespread police corruption and public mistrust of law enforcement also prevent people from reporting crimes, making it even more difficult to gain an accurate perspective of the scope and volume of gun injuries and deaths.

But the health, economic, and social consequences of gun violence in lower- and middle-income countries are stark, Peters said. Due to the lack of advanced health training and resources, victims often suffer permanent, and otherwise avoidable, physical damage, such as distorted limbs and organ failure. Gunshot victims can experience about a 50 percent reduction in household income. Males—typically  these countries’ household economic providers—are more likely to be shot, which further exacerbates the financial burden on a family and the ability to recover physically and economically.

“If the cost of a taxi to get to rehab takes up your family’s budget for the day, you’re not going to rehab,” she said.

“Female victims are more likely to be injured at home, by family members, and for personal reasons, rather than money or property,” she said. The burden of care also tends to fall on women, and gun policies are overwhelmingly made by men.

Goldring pointed to two primary global efforts addressing gun violence today: the UN Programme of Action (PoA), formed in 2001, just before the 9/11 attacks, and the Arms Trade Treaty, formed in 2014. The PoA—a global framework and political agreement among countries to work together to address and prevent illegal gun manufacturing and trafficking—did not mention gender-based violence at all, she said. The Arms Trade Treaty, however, set new requirements.

“The Arms Trade Treaty is legally binding, it actually sets standards with respect to human rights, and it requires that one of the considerations when deciding on weapons transfers be the risk of gender-based violence,” Goldring said. “Now, in the most recent PoA conference [in 2018], countries made a commitment to take gun violence data and disaggregate it by gender.” She noted that gender data is binary in this context and should be updated.

“We see progress, and the important test will be moving from these political and rhetorical commitments to action,” she said. “This will give us an opportunity to move toward increased consideration of public safety considerations, and away from the dominant interests being the property interests of gun owners.” It will also enable increased focus on prevention measures and crime—including domestic violence—and away from military and security focuses, she said.

During a Q&A session moderated by Adnan Hyder, Milken Institute School of Public Health senior associate dean for research and a professor of global health, Goldring also addressed the racial disparities in gun violence in response to a viewer’s question about the intersectional issues of gun violence in the United States.

“There are direct parallels with respect to the issue of race in this country,” she said. “Over and over we see cases in this country of people who are ‘driving while black’ or ‘picnicking while black’ or just ‘going into their own homes while black’ and find themselves arrested, assaulted, and killed by police or attacked by other people.” The institutionalized, systemic issue of racism needs to be acknowledged, she said, and there should be an increase in people of color working on gun violence at an international level.

The good news, Alpers said, is that “societies have already developed a range of well-proven gun prevention measures,” such as gun safety locks and registration laws.

“Americans are free to introduce or to repeal a constitutional amendment, just as you did to extend suffrage to all citizens during slavery and to introduce and repeal Prohibition,” he said. “I’ll be stunned if this happens in my lifetime, but I am confident that our children and grandchildren will see the day.”