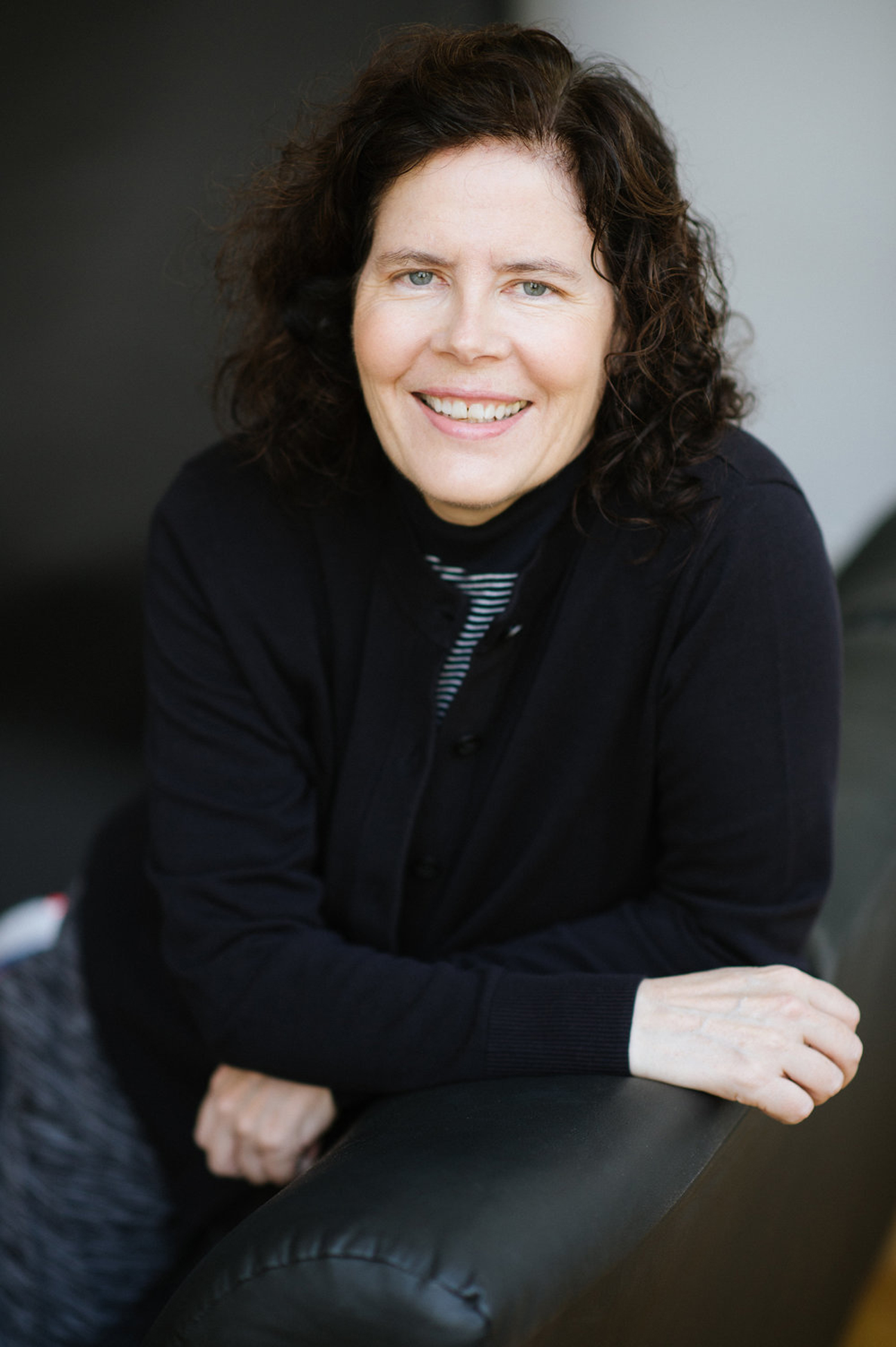 Nancy Isenberg, T. Harry Williams Professor of History at Louisiana State University, and author of White Trash: The 400-Year Untold History of Class in America, gives a virtual lecture about the history of class in America on September 16 as part of the BU Diversity Inclusion lecture series about social class. Photo courtesy of Isenberg

In the midst of the heated 2020 presidential election campaign, social class and the widening wealth gap between the working class and the wealthy class have been subjects of much debate. This year, Boston University’s Diversity & Inclusion (D&I) office Learn More Series is investigating the role of social class in American society.

Last year’s Learn More Series focused on race in America, but the idea to focus on class this year was logical. “I think last year’s series went really well in that it was the first year that we did this,” says Alana Anderson, D&I director of programs. “I think the speakers that we featured were dynamic and interesting and provided great reflection and introspection on having as complete an understanding as a participant could get in comprehending the different facets and components of race.”

Anderson says this year’s speakers were chosen based on their experience discussing class.

She looked into different thinkers and speakers across the United States who were discussing class in interesting and innovative ways, seeking out both locally and nationally recognized figures. “I sometimes think social class isn’t a topic that we talk about as much as we should,” she says. “So, to be able to directly analyze how we experience it in the world was really important….I think class has to be talked about.”

From the early settler days in the United States to the present, those in lower social classes have played a major role in American culture and politics. In White Trash, Isenberg sheds light on the origins of the ever-present negative attitudes toward the working class and the myth of class mobility in American culture. How did the “white trash” stereotypes come about? Why do we hold onto the concept of American class mobility?

BU Today spoke with Isenberg ahead of her September 16 talk.

BU Today: Your book White Trash explores how social class has functioned throughout US history. How do you define social class, and how has our understanding of it changed since America’s founding?

Isenberg: First of all, the poor have always been disparaged by elites and blamed by the middle class for being lazy and uncouth. In America’s past, the most important measure of class identity was land ownership; it was literally the measure of civic worth, of what it took to have a stake in society. But a large segment of the US population was landless. Even today, home ownership is still the mark of middle-class attainment. Yet class has never been about income or financial worth alone. It is more about physical traits and bodily conditions, bad blood, and wayward breeding. Poor whites in the antebellum South were described as diseased, yellowish—a strange misfit breed. Having heirs and healthy children was another sign of class value—poor white children were associated with hookworm, pellagra, clay-eating, wrinkled, and deformed bodies that appeared old before their time. To live in a dingy cabin, a “hovel,” “shebang,” or trailer park is to live in a transitional space that never acquires the name of home. For most of American history, then, poor rural whites were associated with crude habitations, uncouth habits, and degenerate patterns of breeding. They were seen as a “breed” apart, unable to assimilate into normal society, which meant that nothing could be done to improve their condition. They were also seen as extrusions of the scrubby, barren, or swampy land they occupied. A British vocabulary of “wastelands” and “breeds” continued to define them throughout American history.

How have the gaps between the social classes changed since America’s founding? Have they grown wider, narrowed, or largely stayed the same?

Social mobility is one of the myths Americans tell about themselves—that America is a land of opportunity, that somehow we escaped the rigid class system that existed in the Old World at the time of the American Revolution. Benjamin Franklin and Thomas Jefferson, two of the earliest proponents of America as an exceptional society, only really promised horizontal mobility. They argued that the United States was a vast continent where the poor could move west and start over. Franklin insisted that the continent would reduce the excesses of great wealth at the top or extreme poverty at the bottom of the social hierarchy. He called for the creation of a “happy mediocrity.” But what he failed to acknowledge is that as poor, landless squatters headed west, they could not compete as equals because of the wealthy investors who monopolized the best land. The West was never an open space. Powerful land speculators always held an advantage. Western land wasn’t free, and the poor rarely had the funds to buy the parcels sold by the federal government. Even today, land ownership and land regulation is skewed to favor the interests of the elite classes. In 1990, the top 10 percent held equity in 90 percent of the land.

Do you think that social class has played a significant role in political and social justice movements during the Trump presidency?

Donald Trump’s success is rooted in a raw, unscripted speech, outright rudeness, and his ability to project anger without being constrained by the well-measured idiom of the politician. His campaign manager admits that he is “projecting an image.” Who’s surprised? Our electoral politics has always countenanced con artists and has abided identity politics. An Australian observer described the phenomenon succinctly back in 1949, and it’s true today: Americans have a taste for a “democracy of manners,” he insisted, which was in fact different from real democracy. Voters accept huge disparities in wealth, he observed, while expecting their leaders to “cultivate the appearance of being no different from the rest of us.” By talking tough, by boasting that he’d love to throw a punch at a protester or squash Michael Bloomberg, Trump pretends he is stepping down from his opulent Manhattan penthouse to commingle with the masses. Wearing his bright red Bubba cap, and crooning at one rally, “I love the poorly educated,” he has built upon a familiar strain of American populism. A dose of redneck bluster goes a long way. It helped Bill Clinton to call himself Bubba and play the sax. It helped, too, that journalists dubbed him the “Arkansas Elvis.”

Class and race have always been intertwined. James Oglethorpe, the 18th-century founder of the Georgia colony, understood that slavery not only oppressed slaves, but reinforced a class hierarchy and made it impossible for poor white men to be free laborers and compete with wealthy planters. The party of Abraham Lincoln made the same argument in the 1850s and 1860s, and poor whites and poor Blacks were pitted against each other during the Jim Crow era. Martin Luther King [GRS’55, Hon.’59] understood that poverty was a tool of racists—hence his Poor People’s Campaign of 1967–68. Southern white Democratic leaders long fueled racial conflict between poor Blacks and whites in order to redirect the anger of the white lower classes away from the white elite. Governors James Vardaman of Mississippi in the early 1900s and Orval Faubus of the 1950s exploited racial violence and white thuggery to advance their careers. But it is just as important for middle-class Americans to appreciate class on its own terms: white privilege should not be conflated with class privilege. All white Americans are not in the same boat, nor do all white Americans have access to the same educational or job opportunities, nor do all whites live in the same neighborhoods. In fact, today we live in class-zoned neighborhoods. Sociologists have found that in 2015 the best predictors of success are the privileges and wealth bestowed from parents and ancestors.

There are 3 comments on Rich vs Poor: BU Learn More Series to Focus on Social Class in America

Rich vs Poor: BU Learn More Series to Focus on Social Class in America
3
share this