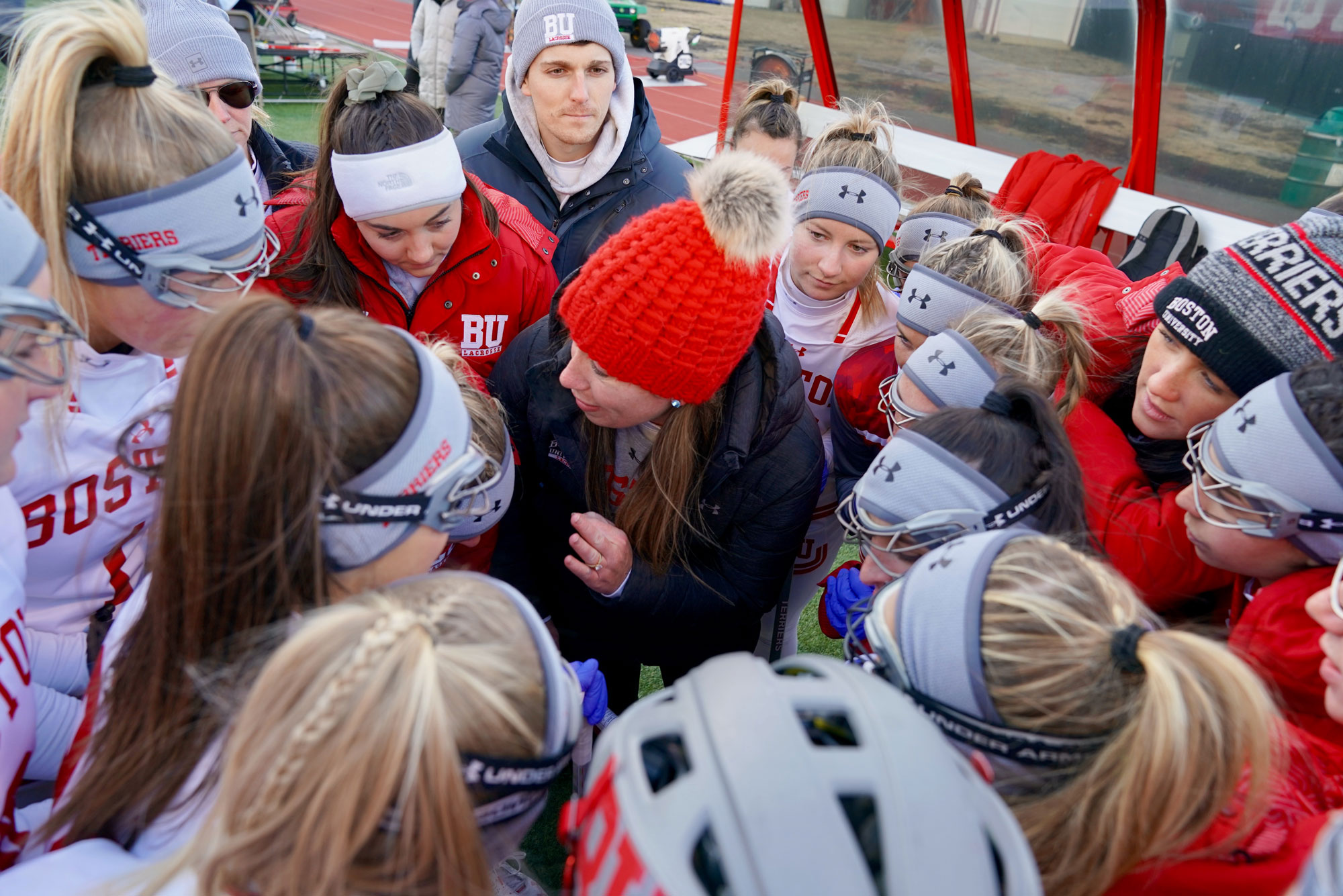 The Patriot League is canceling the spring season, the league announced Thursday. Among the BU teams affected is women’s lacrosse. Photo by Tim Carey

Following the Ivy League and NESCAC, the Patriot League becomes the third conference nationwide to cancel spring sports for the 2020 season.

“Recognizing that the health and safety of our students and broader communities is our priority, and based on the ongoing spread of COVID-19 (2019 novel Coronavirus), the Patriot League Council of Presidents has made the difficult and challenging decision to cancel all spring athletics practices and competitions through the remainder of the academic year,” says a release from the Patriot League. “The majority of Patriot League institutions have announced a temporary or semester-long transition to remote learning. While we recognize the deep disappointment that will be felt by our student-athletes, coaches, and communities, a continuation of spring season is untenable. The decision will be effective Monday, March 16. Individual institutions will decide the championship participation status of winter teams and student-athletes who have qualified.”

Boston University’s softball and golf teams and the men’s and women’s lacrosse, tennis, track, and rowing teams have all seen their seasons come to an end. All had played portions of their 2020 schedule.

The Terrier athletic program became a member of the Patriot League in 2013.

The Patriot League’s women’s basketball tournament has been canceled; the Terrier women will not play Lehigh tonight at Case in the quarterfinals. In addition, the Hockey East Tournament, for both men’s and women’s ice hockey teams, has been canceled.

This story will be updated as necessary.