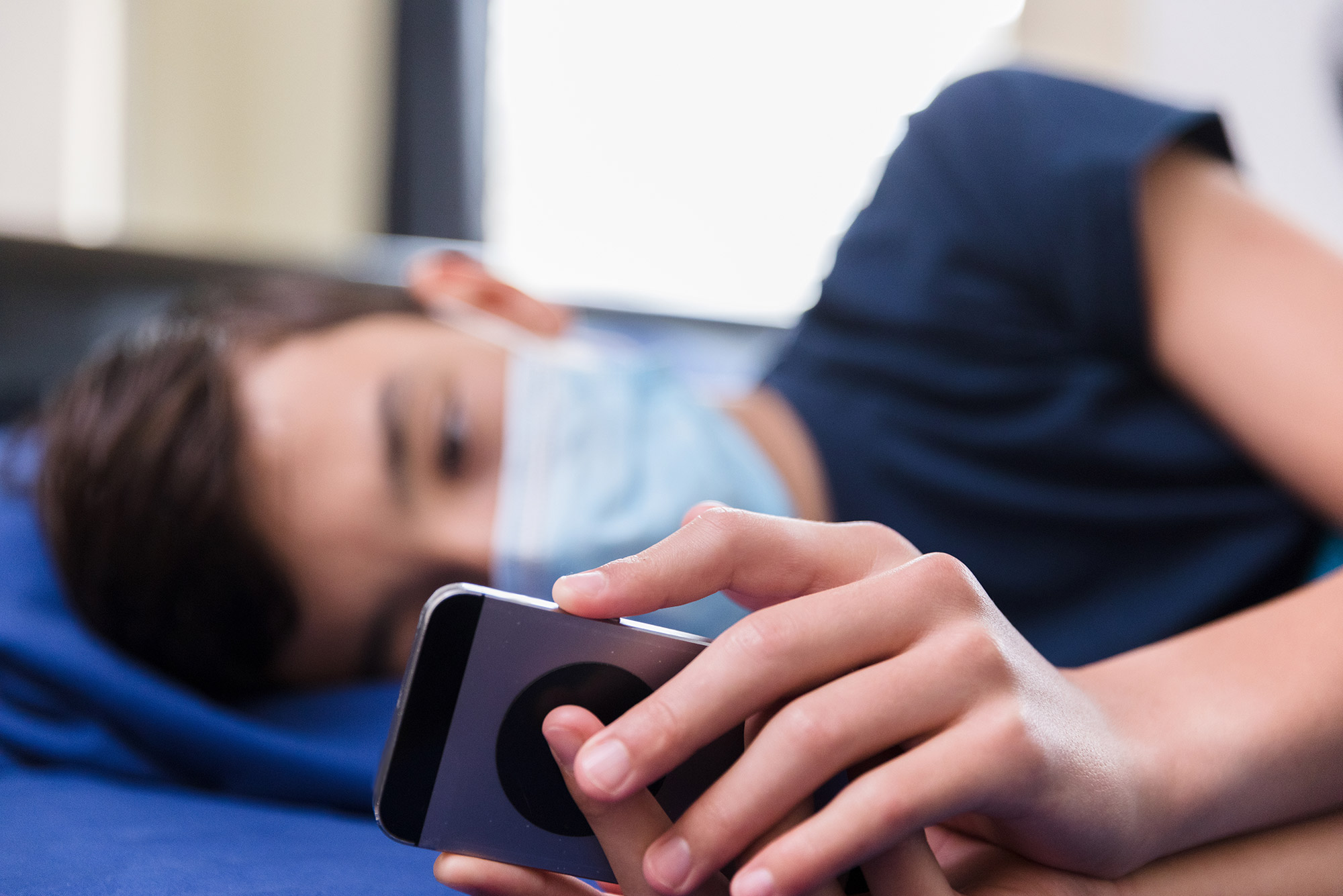 A new pilot intervention for 150 gay, bisexual, and questioning boys between 14 and 17, led by SPH’s Kimberly Nelson, will seek to determine what impact the COVID-19 pandemic is having on queer teenagers. Photo by SDI Productions/iStock

How Are Queer Teens Handling COVID-19?

As the COVID-19 pandemic continues, public health researchers are becoming concerned with the impact it is having on various populations. For LGBTQ+ youth, the ramifications of social distancing and isolation are believed to be particularly significant.

“Being a teenager is really about this wonderful time period of exploration, increased independence, and the ability to try things out and discover who you are—and none of those things are possible in the same way when you’re physically distancing and unable to leave your house,” says Kimberly Nelson, a School of Public Health assistant professor of community health sciences.

Add being attracted to the same sex (and maybe not being out to family), and the isolation, stress, and online risk-taking may be even greater, she says. She plans to find out the extent of those things—and for a few of these teens, help mitigate their effects—with an online sex education pilot intervention for 150 gay, bisexual, questioning, and other sexual-minority boys between the ages of 14 and 17.

The pilot was almost ready to launch before COVID-19 drastically changed these teens’ lives. As schools closed and much of the country locked down to help flatten the curve, Nelson recognized a need and an opportunity, and adapted the study to assess the new realities of being a queer kid in the time of coronavirus. The new version of the pilot is now recruiting participants.

“For one thing, I knew that youth were going to be stuck at home, and I felt like that was going to be a really great opportunity to provide them with what I hope is going to be helpful and relevant sexual health education,” Nelson says. At the same time, she would be able to learn about how COVID-19 is affecting them.

They might not be spending time with partners or potential partners in person, she says, but the teens are certainly online.

“Although online sexual behaviors in the short term are potentially less risky for transmission of sexually transmitted infections, they can have longer-term implications,” she says. “Are their online risk behaviors increasing? Sexting, messaging with older partners on men-seeking-men websites, trading pictures or videos for money—what we would consider riskier behaviors for this age group to be engaged in online.”

Nelson notes that a substantial proportion of the participants in the pilot study reported having used a men-seeking-men app or website, despite being underage for those platforms. “In the short run, that could just be conversations or messaging, but it could eventually lead to in-person interactions,” Nelson says. “That could be a fine thing for some youth, and it could be a very, very not fine thing for other youth, depending on who they’re meeting up with and what kind of expectations there might be.”

Pornography literacy (being more informed and thoughtful about pornography messages and consumption) is just one of the ways that Nelson’s intervention aims to help sexual minority teen boys make healthy choices about their sexual and dating behavior now, after the pandemic, and into adulthood.

While the intervention is educating teens, Nelson notes that the teens also have plenty to teach. The intervention is iterative, meaning she can use the data from this pilot to adjust the intervention to fit the teen’s needs and new realities as the pandemic unfolds. She has also been developing—and redeveloping—the project in collaboration with an advisory board of sexual minority teens.

“Part of the reason that I love the work that I do is because youth are so incredibly generous with their time and thoughts and opinions,” she says. “The participants are sharing with us many details about their lives, including how COVID is impacting them.”

How Are Queer Teens Handling COVID-19?

There is 1 comment on How Are Queer Teens Handling COVID-19?