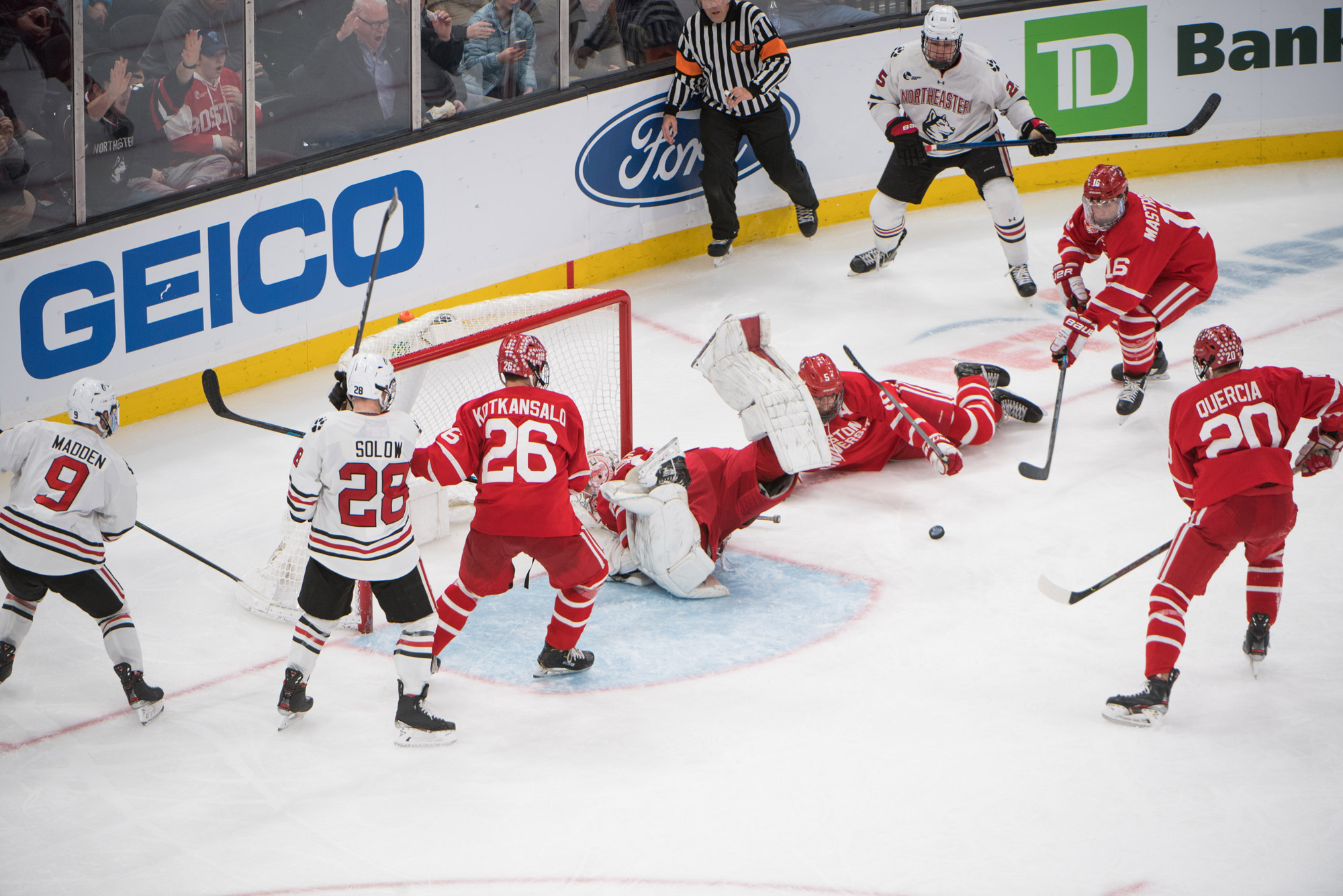 The BU men’s hockey team earned a thrilling double overtime win over BC in the first round of the 2020 Beanpot, but was upended by Northeastern in the final. Photo by Cydney Scott

The 2021 Men’s Beanpot hockey tournament has been canceled, another casualty of the COVID-19 pandemic, TD Garden announced on Monday afternoon. “We look forward to hosting the 69th Beanpot tournament in 2022,” the Garden posted on Twitter.

The annual Boston-based hockey tournament, featuring Boston College, Boston University, Harvard, and Northeastern, has been played every year since 1954 and is always a sports highlight in New England during February. The men’s tournament has been fought at TD Garden since 1996, while the women’s Beanpot, entering its 43rd consecutive year, rotates among the four colleges.

The Beanpot news comes after Hockey East commissioner Steve Metcalf said last week that canceling the tournament could be a real possibility. In response to the ongoing COVID-19 pandemic, Hockey East had announced a conference-only schedule for 2020-2021, limiting travel and interaction with schools outside the Northeast. Last Thursday, the Ivy League announced its decision to cancel the winter sports seasons of all its member institutions, which includes Harvard.

Hockey fans and media personalities took to Twitter to express their feelings about the cancellation.

“What a friggin’ bummer,” wrote Carl Mizell. “For my money there’s no college sporting event quite like it.”

Northeastern won both the men’s and women’s Beanpot titles last season, defeating BU in double-overtime in each championship game in February 2020.

The historic trophy will be on the line again in February 2022.