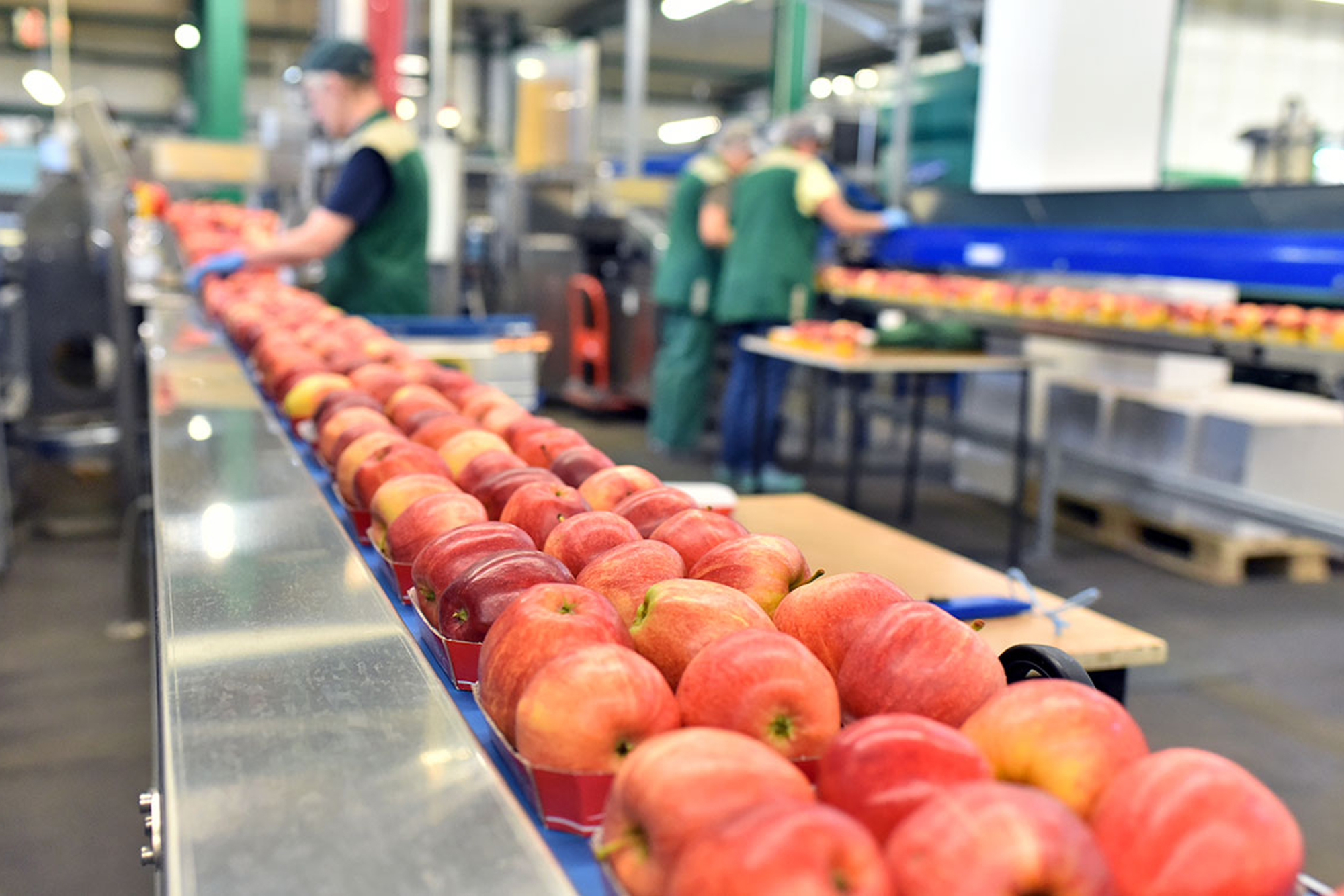 How COVID-19 Changed Our View of the Food Supply Chain

There’s plenty of food for everyone—all seven billion of us. As a planet, we produce billions of tons of food every year. And yet, according to the World Health Organization, more than 820 million people don’t have enough to eat. Some food is left in fields, some rots in warehouses or on store shelves, lots of it gets thrown in the trash. One-third of the food the world produces isn’t eaten.

In her latest book, Food Routes: Growing Bananas in Iceland and Other Tales from the Logistics of Eating (The MIT Press, 2019), food historian and futurist Robyn Metcalfe investigates the myriad, complicated steps it takes to get food from a field or factory to our plates—and all the ways that process sometimes falls apart. For most of us, that journey has typically been less important than how something tastes and how much it costs. But the shock of empty store shelves as flour and pasta were hoarded in the first wave of coronavirus lockdowns has made food logistics a mainstream concern. Suddenly, a lot more of us care about whether grain is stuck in a warehouse or if a mill has a production backup. It also has a lot more people thinking about how far their food travels: Eater reported in April that “CSA-like food subscriptions or one-off box deliveries of local food are skyrocketing in demand.”

“Everyone has this sort of romantic conception of food,” says Metcalfe (GRS’06,’10), “but the food supply chain or logistics, those are all words that connote the industrial or mechanical—people just don’t want to talk about them. For the first time, that subject is relatable.”

In Food Routes, Metcalfe tracks the journeys of different foodstuffs across the world, explores the increasing role of technology in food production and transportation, and speculates on what we might be eating in the future. They’re topics that have long been personal to her—and, for a while, central to her own livelihood. Back in the 1990s, Metcalfe and her family ran a farm in Maine that specialized in rare breed livestock. Locally raised, heritage meats might be hot now, she says, but they weren’t then. “When we operated our farm, no one talked of local or sustainable food,” Metcalfe writes in the book. “Timing is everything.”

Today, she teaches about food systems at the University of Texas Austin and is about to publish a new book of interviews with food manufacturing workers.

Metcalfe spoke with Bostonia about the impact of the pandemic, the local food movement, food waste, and how we might get our food in the future.

Bostonia: How would society benefit if more of us understood the food supply system better?

Metcalfe: One of the obstacles to designing a good food system or solving the issues that we have in it has been that people really operate in siloed parts of the discussion. They’re either wildly enthusiastic about having local food or non-GMO or regenerative agriculture or a plant-based diet—you name it, there’s probably a dozen really firm, deep silos there. And they’re all so hostile to each other. Since the food system is such a system, unless those groups can really collaborate in a way that allows a little give in each of those areas, it’s very hard to move forward.

In the book, you talk about the impact of one event, a hurricane, on the supply of ingredients to a pizza restaurant, starting with trucks full of cheese unable to navigate blocked roads. What has the coronavirus pandemic done to our food supply chain and are there changes that you think will be permanent?

In our food system, we have big, centralized distribution hubs and companies. And that way you can aggregate everything, which means you’ve got standards, lower prices, lower labor costs. You’re dealing in these big aggregate systems that optimize so that we can have cheap food on our plates, which is what we want for everybody. Now, what people are discovering—and I think the globalists are also discovering this in terms of trade in general—is that if you really have these big centralized systems and anything happens to something in another part of the country, or another part of the world, then you have multiple obstacles and breakdowns. So how can you create food intelligence locally, so that you could have distributed big food that can act as if it’s got all the benefits of aggregation, but can also act locally and adapt. If one part of the system goes down, it’s got enough of the right stuff to be able to continue operating. This does not mean a big win for local food. People will often ask me if this is the moment for local food: they’re quickly going out and getting their CSA boxes again. That’s great, we want local economies to grow, we love our farmers who are out there working hard, but it isn’t really sustainable in the long term, meaning you still need the benefits of an aggregated system.

You tried to be a local food supplier. What are your thoughts on the local food movement?

It’s complicated. My hope is that people will read about the food supply system and understand that it’s one big negotiation. If you want to buy local, then you have to be prepared to pay higher prices and maybe not have everything that you want. If you want to have a CSA box, you should be able to do that, but be prepared to have a lot of waste at the end of the week.

There are only so many squashes one person can eat in a week.

There’s always going to be give-and-take. If you want a plant-based protein world—and some people are fanatical about that—then you have to be prepared to find a way to grow enough plant material by using a lot more land, probably more land than we have in the United States, or fabricate it in a factory. Many of those people would be very anti-industrialized food, and that will be industrialized food. Again, you can, but. I’m not against local food because I think it’s great economic development and it’s good education, but in terms of being able to supply large amounts of food to hungry people at a reasonable price, it’s really hard to do. And it’s really hard to do from a cultural standpoint. Many people have small farms because they don’t want to conform to an industrial standard—they’re asserting their freedom to be an individual. There’s a large food distributor here in Texas, Sysco, and I remember saying to them, you drive by all these local farmers, why don’t you just pick up there? And they said, we would in a heartbeat, but we’ll be facing the consumer and if any of those farms has any food contamination issue, we will be held accountable. So you either need a legal change for liability or you need to find a way that you could get all these farmers to agree to wash their lettuce in a certain conforming way.

COVID-19 also highlighted international distribution problems. Do you think countries should be aiming to feed themselves rather than relying on overseas suppliers?

There’s a resilience requirement. If you can buy from multiple sources, if you lose something locally, you have your built-in relationships and partnerships abroad that can serve you. And you can argue that having a diverse diet is much more interesting. Also, what is the consideration about abandoning developing countries whose economies are reliant on employment and investment from food companies abroad? If you want to have everything local, then I think you should hold some responsibility for eliminating jobs in someplace else.

You ask readers to choose their food future, between evolutionary (the traditional food system with extra digital tools) or revolutionary (engineered, networked, and devoid of livestock and field-grown crops). Will most people around the world even have a choice?

My intention in the book was really focused on feeding not just the foodies, but finding a food system that works for everyone at a reasonable price, with healthy food that is sustainable. The reason I put both of those futures in the book is because I believe there’s not one future that you can imagine. The future that we all have will be personal to us, will be our experience where we live, what our culture dictates to us or encourages us to have. I’m hoping for lots of choices for everybody.

Why does our food system need to change?

It’s so siloed, it’s so disjointed—the kinds of transparency that people want and need for both food security and safety is inhibited by the fact that these silos don’t talk to each other. I also think it doesn’t work in the sense of the food waste. We know how to make enough food—we’ve demonstrated that over the last several decades—but we don’t know how to distribute it. Where the waste comes in often is because it can’t move to where it needs to go fast enough, in good enough condition, and in the amounts that are really required. I don’t know if you’ve looked at your own food waste trail, but it’s enlightening to do a real easy experiment: just take photographs of your food waste, from packaging to stuff left on your plate for a week, then look at it and see what it tells you. The way we buy food or the quantities we buy it in can’t possibly be consumed by one person in a week before it expires. I imagine you could design a whole weekly menu based on perishability, but we’re not like that: we like to eat what we like and sometimes we’re not hungry, so we leave stuff on our plates.

Are we unlikely to make a rational decision about improving how we buy food and what we eat given all the emotional connections that we have with eating?

That’s the thing about food that makes it different than everything else that you try to optimize and make sustainable. If you want to make car production sustainable, it’s pretty straightforward. But you can be told that you shouldn’t eat any carbohydrates and you might want to indulge, so it’s really hard to engineer the food system at the consumer level. I ran five years of food challenge prizes for start-ups and you would get these pitches from people who would focus on changing consumer behavior. I’m not against insects, but there’s a whole raft of start-ups that want to promote eating insects as a protein. You can make a lot of rational arguments for that, but at the end of the day, people only wanted it if it was massively covered by chocolate. Even economists will say you can have all of the rational makings of what drives an economy, and then consumers don’t do it.

You’ve talked about increasing the role of technology in food production, but is there a limit to the amount of mechanization consumers will tolerate?

We’re really replacing a lot of humans that make our food. When you look at all the people who were infected with COVID-19 in the meat factories, if it was automated that wouldn’t have happened. Food service is a very repetitive, automatable system. But what happens, for example—and this is all possible technically—if you order your food online and it’s made by a robot and delivered by a robot? Does that change the way you feel about your food? If this story ends up being a robot grew and made and delivered my food, I wonder what that would do to our sense of being human.

This conversation has been edited and condensed for clarity.

How COVID-19 Changed Our View of the Food Supply Chain