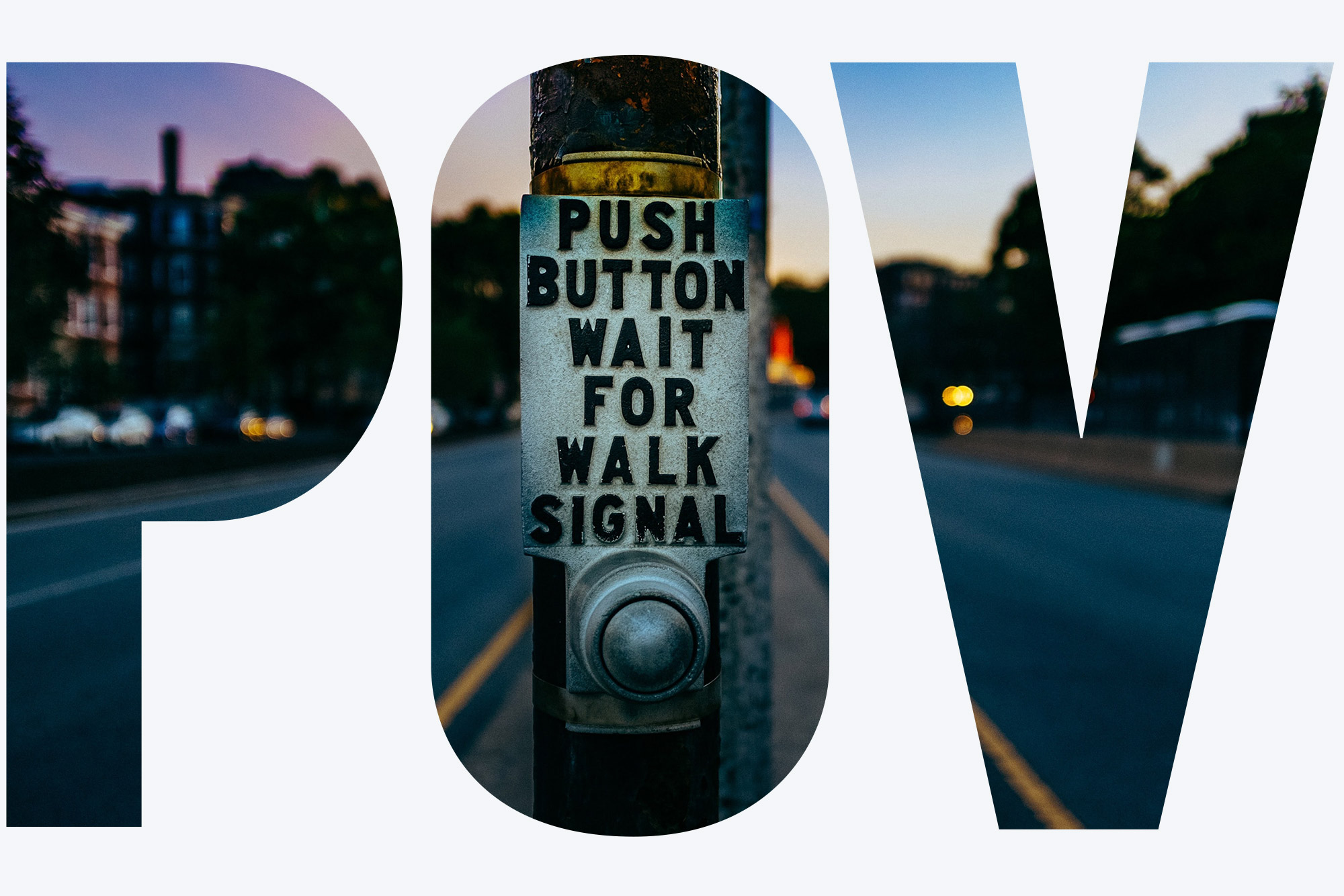 POV: I Got Hit by a Pickup Truck—It Gave Me a Few Thoughts on Health Insurance

Just over four years ago, I had the bright idea of ignoring a traffic light in Watertown Square and stepping in front of an oncoming pickup truck. I’ve no recollection of being struck; my first groggy memory is arriving at the hospital—barely conscious, eyes shut, yearning only to drift asleep—and being told by an EMT what had happened. My wife had to watch them peel road grit off my bloodied face. I was hardly in a condition to worry about what it would cost to save me.

I was lucky, considering. Besides gifted caregivers to treat my concussion, brain bleed, partially collapsed lung, and fractured ribs and shoulder socket, I had good health insurance, abetted by the driver’s motor vehicle insurance. A bewildering barrage of medical bills flooded the mail and we wrote checks for them that insurance reimbursed: almost $1,300 for the radiologist, $230 for the ambulance. Just the hospital’s share of a three-day stay exceeded $20,000; other sums were four-figure staggering.

Just how staggering was the subject of a survey by a global health insurance group. It should trigger a five-alarm response by voters and leaders, especially as the Trump administration and red state attorneys general will ask the Supreme Court to run like a pickup over the Affordable Care Act November 10.

The average US price for an angioplasty is $32,000, more than four times what it costs in Switzerland and five times more than in the Netherlands. An MRI here runs $1,420, but just $450 under Britain’s nationalized healthcare. A shot of the breast cancer drug Herceptin costs Americans $211, while South Africans pay just $44.

Our highest-in-the-world healthcare costs send the premiums and deductibles Americans must pay into orbit, while inducing occasionally lethal rationing of medicine. No American should have to do that, and the presidential candidates have made healthcare a fulcrum point in the 2020 campaign. Obamacare for All, with its reliance on private insurance, is economically and politically our best route to universal health coverage.

But any private insurance regime must wrestle prices to the mat in addition to covering everybody. The good news is that other countries show us the way forward, if only our factionalized politics can shed two fervent fantasies.

Progressives’ pipe dream is Medicare for All. Single-payer systems, with government paying all medical bills, do have a simple answer to high prices: No. The government sets a budget for medicine and patients, doctors, and hospitals must live within it; care is triaged and put off if it isn’t urgent and within-budget. But the American version on the table, Medicare for All, ignores real-life examples elsewhere in favor of fairy-tale math.

Voting for the less revolutionary Obamacare “cost a lot of people their careers and their [congressional] seats, it cost the Democrats their majority, and it took seven more years before people said they were favorable,” columnist Mark Shields notes. “The idea that you’re going to pass Medicare for All with a whisk of your hand is just absolutely blowing smoke. It’s self-delusion.” (And Shields is a liberal.)

Meanwhile, Republicans must curb their heavy breathing over any regulation of healthcare that might help some average American, somewhere, as socialism! Hell, even the ancient Greeks had a public option: state-paid doctors supplementing private ones. Today, countries with affordable private insurance all use some form of price regulation.

The Netherlands, “consistently ranked as one of the best health care systems in the world by advanced metrics,” achieves that distinction with thoroughly private insurance. But unlike in the United States, coverage is mandatory, and Dutch insurers set a cap on what they’ll pay each year for their customers’ care, negotiating prices for various treatments with healthcare providers within that cap.

Or take Germany, which invented mandatory national health insurance in 1883 and has relied since then on nonprofit insurers called sickness funds. As an emeritus Harvard healthcare economist explains: “Associations of sickness funds in each state negotiate with that state’s medical association to design a single set of claim procedures and a uniform payment rate for physician services. Likewise, all hospitals in a given state negotiate one uniform set of rules, procedures, and rates with that state’s hospital association.”

Legislation requiring our health financing system to adopt either the German or Dutch approach would generate scorched-earth opposition. Physicians will say they need their elevated pay to cover medical school debt. But there are any number of ways to cheapen the price tag of that education, from European-style, combined undergraduate/medical education (less time-consuming and expensive) to federal funding for medical education, as some countries provide. (Even so, research suggests education costs don’t explain the full pay premium our doctors earn over their foreign peers.)

Financially marginal hospitals might argue that lower payments to them would spell death. But the flip side of health reform, universal coverage, would mean more patients and revenue, as many hospitals discovered with Obamacare. And not every hospital closure spells disaster for nearby residents’ health.

Drug companies, meanwhile, would issue terrifying warnings about fewer life-saving drugs and more deaths if we crimp their profits. But taxpayers, through the National Institutes of Health, cover the lion’s share of drug research; all 210 drugs approved for sale between 2010 and 2016 involved publicly funded science.

Bernie Sanders and Elizabeth Warren are gifted at demonizing insurance companies; it’s one justification for abolishing them with Medicare for All. But insurers only pay what providers charge, and even progressives timidly avoid telling the Boston and Burlington medical-industrial complexes that they’ll have to settle for less.

That complex saved me, and I will never forget the Good Samaritans who bandaged, medicated, and healed a stranger they’d never met before he was prone and broken on a gurney. But their caring talents shouldn’t be available only to privileged people like me, with insurance and income to pay for that care. If we’re to extend it to all Americans, it’s got to be affordable, and we’ve got to be open to learning from other countries.

POV: Controlling Healthcare Costs in the US

There is 1 comment on POV: Controlling Healthcare Costs in the US

POV: Controlling Healthcare Costs in the US
1
share this