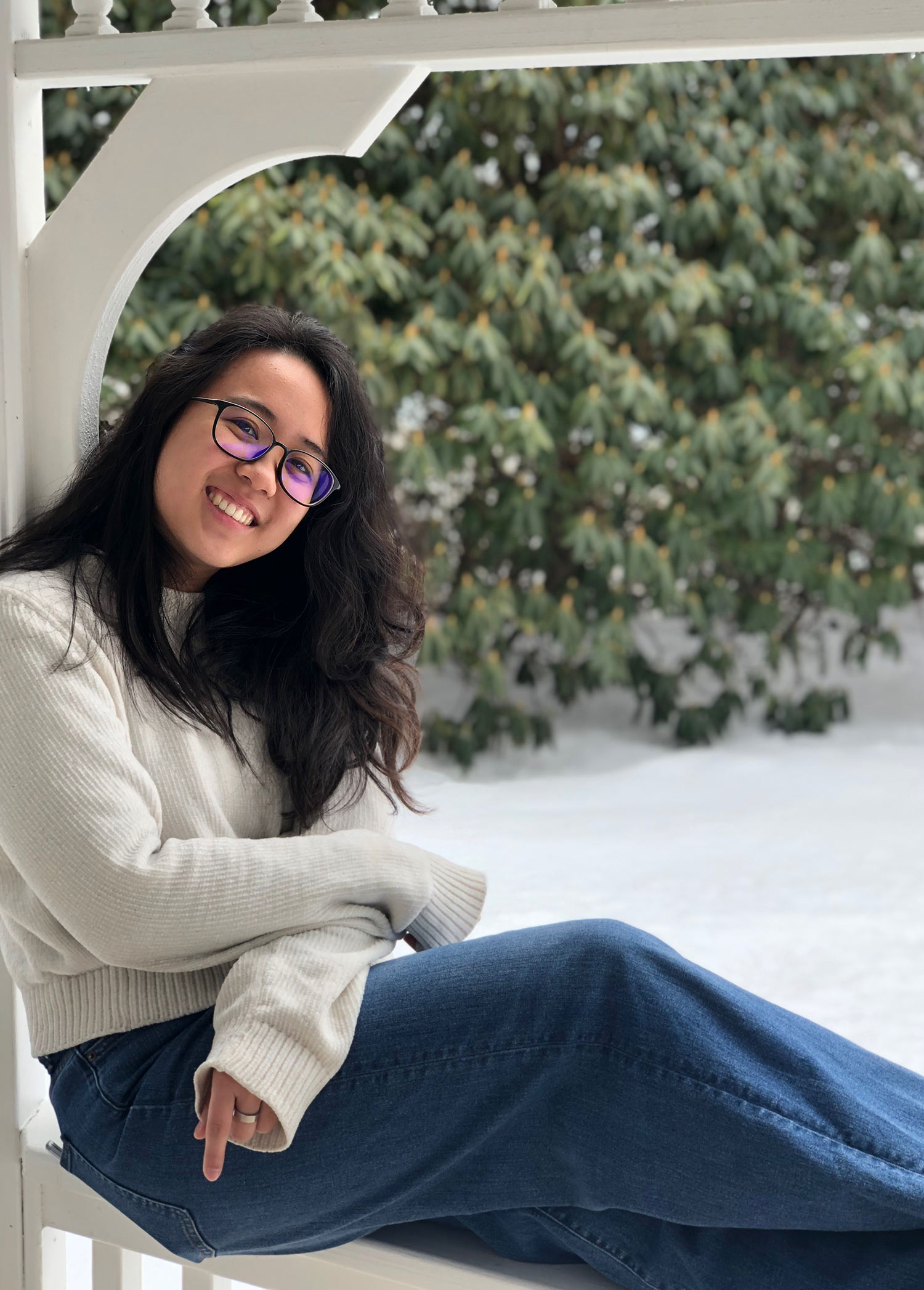 The summer before Lilian Li arrived at Boston University from Malaysia, she decided to spend more time with her Popo, Mandarin for grandmother. Li was born and raised on the Malaysian island of Penang, more than 9,000 miles from Boston, and knew it would be a while before she would see her grandmother again. What Li (COM’ 21) didn’t know at the time was that those visits with Popo would inspire her first book, House of Koi.

Li describes the book, written for a young adult (YA) audience, as autofiction. The memoir is based on her life, but she took artistic liberties, adding more drama, humor, and romance. House of Koi is the story of Mila, a teenager who reluctantly moves in with her grandmother in Penang and enrolls at a Malaysian private school after years of attending an American international school.

Mila’s academic journey is the mirror image of Li’s, who attended a Malaysian school when she was young and later transferred to an international school. The book’s reversal was by design.

“I was always curious what happened the opposite way,” Li says. “What happens if you become Americanized and then you’re forced back into a Malaysian school and you realize how different you’ve become, how much you tried to mold yourself for the international school?”

A deeply intimate story, House of Koi touches on many relatable and stressful aspects of the high school experience—starting a new school, making friends, developing crushes, and most of all, struggling to belong as you explore your identity.

Li’s novel was released in December 2019, after a nearly yearlong process of writing, editing, and marketing, through a college publishing program, Creator Institute, founded by a Georgetown University professor. Creator Institute has ties to the small publishing house New Degree Press, which published Li’s book.

BU Today spoke with Li about her book, why she wrote it, and how she came to get it published.

BU Today: What inspired you to write House of Koi, and what was the process liket?

Lilian Li: In the back of my mind, I always knew I wanted to write a book. But suddenly when the opportunity came, I was very overwhelmed. I was overloading classes, I was part of the synchronized swimming team at BU, I had a few leadership positions, and I actually told the [Creator Institute] head of publishing, ‘I don’t think I can do this, I think I’ll do the program next year.’ And then he said, ‘I understand, but we don’t know if this program will happen again, and you should tell your story because people should want to hear your story.’ I think that made me believe that writing a book was possible. After finishing it, I feel like anyone can write a book, even if you’re a college student. You don’t have to wait—you can just do it.

From language to food, the book contains a lot of powerful moments that touch on themes of identity, belonging, and generational divides. What messages or lessons did you hope to share through this story?

One of the reasons I wanted to write about Malaysia is because I’ve never read a Malaysian young adult novel before. I wanted to fill the gap and help represent my culture so that maybe one day a young Malaysian girl can pick up the book and see herself represented, like I wish I could have when I was younger. But I also wanted to share Malaysian culture. I wanted to share the importance of appreciating time with your loved ones. A main theme in the book is identity: accepting yourself and not thinking too much about what other people think, but that focusing on yourself and loving yourself is important.

What did you learn through the process—about writing, about yourself, and about your family?

I think growing up, there was always some divide between my grandmother and me, due to language barriers. But writing this book helped me think more about relationships and how it wasn’t really language barriers, but the feeling that I wanted to speak English and I desperately wanted her to speak English, too. Looking at the book and writing it made me think about the moments we cooked together or just sat next to each other in the garden. I recognized that spending time doesn’t necessarily mean talking, it just means being there for one another. Even sitting next to each other watching TV still counts. I’m sure any grandmother would appreciate that.

How was the book received, especially by your family?

My dad told me he cried. I think he was touched because it’s my dad’s mother I write about. I dedicated the book to my grandmother, who passed away a few days before the printing. My family was very supportive. They like to brag. I share a lot about our family, like little family secrets, that they could probably catch in the book.

What has public reaction to the novel been?

It was really good. I reached out to Barnes & Noble at BU, and they have the book there. They told me to come in for a signing, and when I came to the desk, I said, ‘I’m Lilian Li,’ and they’re like, ‘Oh, the author!’ It was very cool, especially at BU. I also got a deal with Brookline Booksmith. And then when I returned home [to Malaysia], I got to work with a local printer and we’re printing second editions with some colored pictures, and I’m working with MPH Distributors. They’re sending it to Kinokuniya and other major bookstores around Malaysia.

What advice do you have for other young writers who hope to publish a book?

My advice in general for people who want to write is—I feel like everyone says this—just write. Always look out for opportunities, because you never know when they’ll come. And don’t shoot them down like I almost did. Don’t show too many family secrets, and tell your family first that you want to write the book.

What are your plans for after graduation? Do you intend to continue writing?

I think definitely writing will be part of it. During quarantine I started writing another book for fun. We’ll see if it ever gets published, but this one is a bit more of the fantasy side, so I’m exploring a whole new genre. As an advertising major, I’m interested in the agency side, like copywriting. Writing is definitely my strong suit, so I want to do more writing, whether fiction or more business.

House of Koi is available for sale on Amazon and Barnes & Noble.