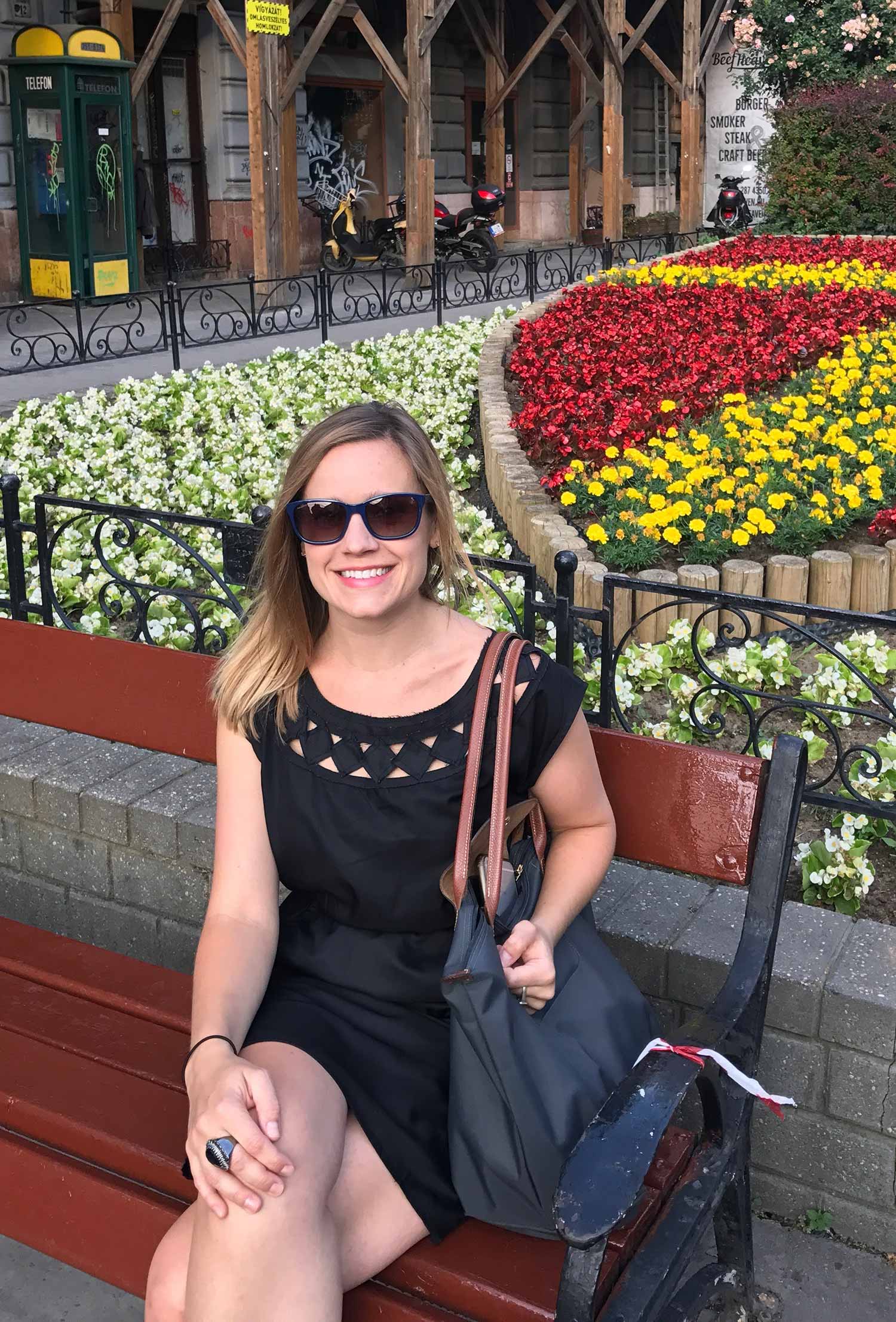 Carrie O’Connor, a BU lecturer in French, died Monday in an elevator accident. She was passionate about travel, cooking, and lifelong learning. Photo courtesy of Christal and Daniel O’Connor

Remembered for her passion for language, learning, and diversity

In August, just before Carrie O’Connor started teaching her fall classes at Boston University, the lecturer in French emailed her colleagues and students at the College of Arts & Sciences with the subject line “The joy of learning French.”

“I just came across this video of Ta-Nehisi Coates giving a little interview in French at Middlebury,” O’Connor wrote, “and I plan to find some way to incorporate it into my classes this fall (I think that it could be used at all levels). For me, it encompasses so much of what we have been discussing in the French group (and [romance studies]) about inclusion, diversity, encouragement, and building community for our students.”

That commitment to community and learning was cut short tragically on Monday, when O’Connor died in a freak elevator accident at her Allston apartment building on Commonwealth Avenue, near Packard’s Corner. She was dragging a box onto the elevator when it plunged to the first floor, according to reports. Boston police say that O’Connor was found inside, and they are now reviewing the five-story structure’s video footage to learn more about what happened. The federal Occupational Health and Safety Administration is also investigating. The cause of death was ruled traumatic asphyxia.

O’Connor, who turned 38 on August 19, was a born student. “Once she learned to read when she was just a little one,” her mother, Christal O’Connor, recalls, “we used to have to bribe her to stop her reading and get outside.” Her daughter became entranced with French in middle school, taking college-level classes while still in high school, when she also made her first trip to France.

That was just one of many countries visited by the inveterate traveler, whose mantra was “luggage should never be dusty,” says her mother. “She said you shouldn’t be able to graduate college without traveling,” sampling different cultures. “I don’t even know all the different countries she’s been to.”

Carrie O’Connor was just as adventuresome in the kitchen, where she loved to bake and experiment with different recipes—breads particularly, but also English muffins, soft pretzels, cinnamon rolls, brownies, cookies, and cakes. Her vegetarian daughter also whipped up tasty main courses, her mother says—“We’re not vegetarians, but you never missed the meat when you had one of Carrie’s meals. The flavors were just so wonderful.”

O’Connor had just begun her second academic year as a full-time BU lecturer; she had taught part-time at the University for the two prior years. “Already then, and even more so now, she was an intrinsic part of the French section and the department at large,” Odile Cazenave, a CAS professor of French and chair of romance studies, wrote in an email to her department.

“As I spoke with her parents this morning, I let them know how much Carrie is very much alive and part of our department,” Cazenave wrote.

O’Connor, who graduated from Virginia Tech with bachelor’s degrees in French, accounting, and information systems and earned a master’s in French from Middlebury College, worked for two years in Washington, D.C., at a student exchange organization. She then went on to earn a PhD in French studies at Louisiana State University.

Her teaching experience was extensive, with time at Bentley University, Louisiana State, MIT, Northeastern, and Tufts before coming to BU. During her career, her classes spanned French language to French for business to French literature and culture through gastronomy.

“Carrie’s involvement, for example, as one of the initiators of the ‘First Mondays’ French Language section gatherings was indicative of a spirit of resourcefulness, collegiality, and inclusiveness that characterizes the Department of Romance Studies,” Stan Sclaroff, dean of Arts & Sciences, wrote to the Romance Studies faculty. “We are fortunate that Carrie found a home here. She will be sorely missed.”

Besides her parents, O’Connor is survived by a brother, Philip O’Connor, and a sister-in-law, Sara. In addition, her father, Daniel O’Connor, says, “she had two cats that she loved—Artemis and Apollo.”

For students, faculty, and staff, counseling support is available through the following resources: