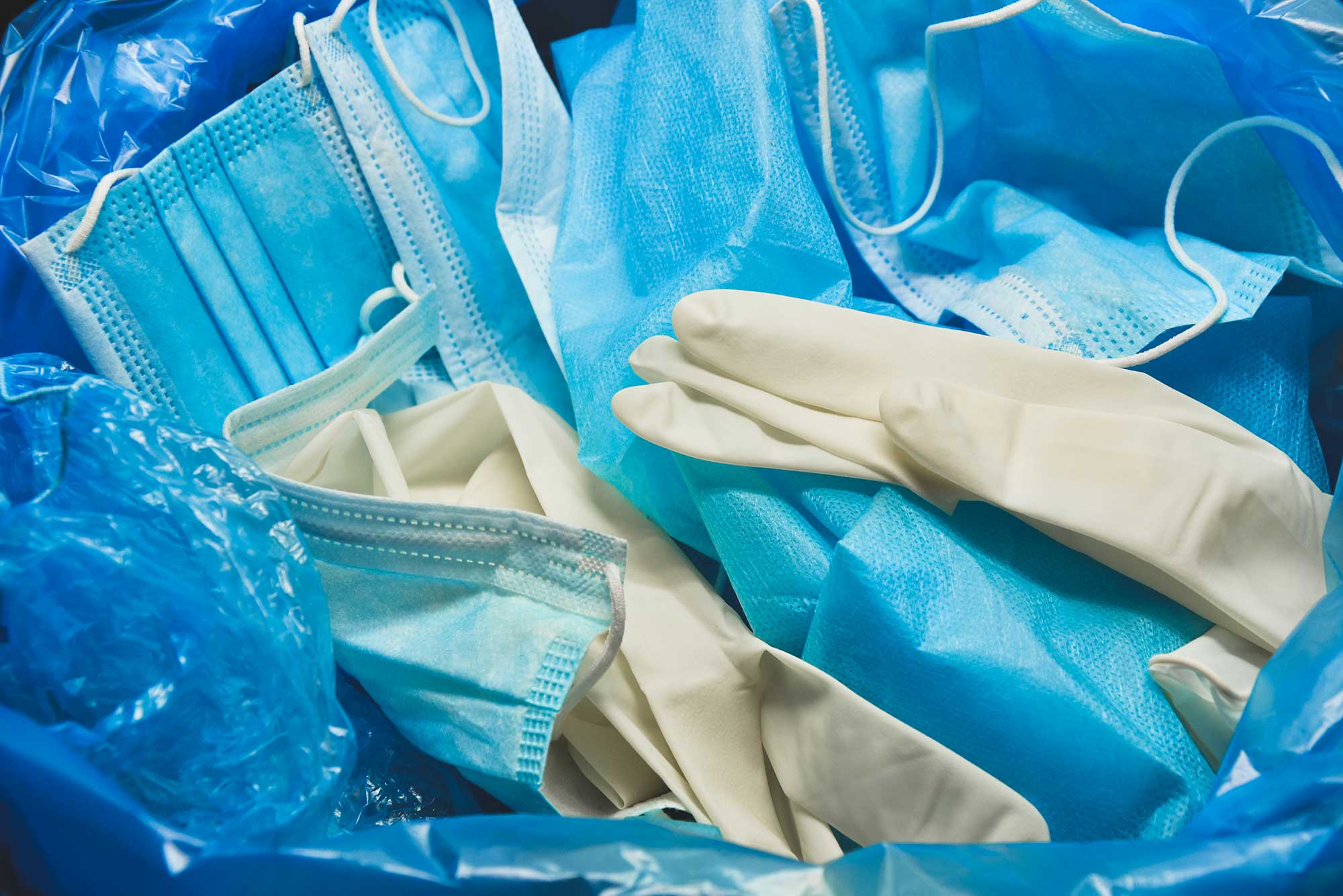 A potential shortage of personal protective equipment (PPE) has BU’s Greg Blonder working on an easy, low-cost method to decontaminate and reuse PPE. Photo by ADELART/iStock

Can the Science of Safe Cooking Solve Our Looming PPE Shortage?

What does barbecue have to do with the looming shortage of personal protective equipment (PPE) as COVID-19 spikes again?

Quite possibly, the science of safe grilling could make safe cleaning and reuse of PPE the key to arresting dwindling supplies. And not just PPE, but things like library books and hospital mattresses as well.

So thinks Greg Blonder, a College of Engineering professor of product design and engineering, who tackled the PPE question using his expertise in cooking and the science of food safety. He and collaborator Jesse Kwiek of Ohio State University are testing a cheap, low-tech process for decontaminating not just the N95 masks used by frontline health providers, but gowns and booties as well.

“When you cook food, you have to cook it hot enough and long enough to be safely consumed,” says Blonder. “COVID is not the same as your typical food pathogens, but it’s related to some of the families. When I ran the numbers, it looked like maybe 24 hours, or 10 hours, at 120 degrees would be enough to decontaminate masks, PPE.”

Voilà—Warm and Slow Pathogen-Decontamination (WASP-D) was born. It calls for placing PPE in a room or cabinet that’s heated to between 115 and 120 degrees Fahrenheit for 12 hours. Blonder believes WASP-D will decontaminate not just PPE, but other items, such as hospital mattresses coronavirus patients bed down on and library books that circulate among potentially contagious patrons.

The potential PPE deficit is an immediate concern as COVID-19 enters another wave in the United States. “N95s are still in high demand. We have more demand than we can supply,” the chief executive of 3M, the country’s biggest N95 maker, told the Wall Street Journal last month.

Blonder and Kwiek are working to test WASP-D in various settings with help from others: a Swiss pathologist, a West Coast dentist, and libraries in greater Boston. (For the latter, the researchers have offered to provide heaters and thermometers.) They wrote up their work for bioRxiv, an open-access repository of papers that haven’t been peer-reviewed.

The duo hope to publish the paper in a peer-reviewed journal in the new year, says Blonder, who spoke with BU Today about his research, which he paid for with his own funds.

BU Today: What are competing researchers coming up with?

Greg Blonder: A lot of people have worked hard to decontaminate N95s. You could use ultraviolet light, UVC light, vaporized hydrogen peroxide. The problem with those is they require elaborate equipment and safety features, they are not suited for use in nations with low resources, where the electricity goes out twice a day, and they fail on certain brands and types of PPE. In addition, if you have a gown that’s folded, the UV doesn’t get into the nooks and crannies and decontaminate it. It’s the same thing with the mask. UVC also damages the mask’s plastic.

While I am a huge supporter of any technique that can increase access to reused PPE, those techniques are expensive, slow, and damaging.

So what you’re suggesting will help not just the United States, but the developing world as well?

There’s no question it’ll help here. It’s not just PPE—there’s no question we have shortages here. We have friends who are nurses, and they’re still being told to put their masks in a paper bag overnight. That’s the alternative. It’s absurd. This is the richest nation in the world. They’re frontline responders. It was absolutely appropriate that in the early days of the pandemic, we focused on frontline health responders, things like N95 masks. It wasn’t books, it wasn’t beds. But it has now spread so far and deeply into society, we need to think more broadly about how we’re going to be able to create a safe living and working environment that goes beyond PPE.

WASP-D uses just hot air that’s already in the room and ambient humidity. It was important that we didn’t have to control humidity, which is expensive and difficult.

COVID-19 “has now spread so far and deeply into society, we need to think more broadly about how we’re going to be able to create a safe living and working environment that goes beyond PPE.

It sounds so ingeniously simple. Why isn’t it being done already?

People have been trying different combinations of high-temperature heat, and heat and humidity. The question was, is 115 to 120 degrees effective enough? There’s so much data out there on how long COVID lasts on different surfaces, on warm days and hot days. We had to confirm—the point of the experiments—that this room humidity, 115-120 degree range, was sufficient to kill the virus in 12 hours. We wanted a technique that was universal for PPE, beds, chairs, books. It turns out that 120 degrees Farenheit is the international standard for shipping products. So our thought was, if you could ship it to people safely, probably that means most things can tolerate that temperature for 12 hours. Our research confirmed that.

Would you need government regulators’ approval to use this?

You do not. People are wearing masks—none of them are CDC-registered. I will tell you contacts we have in other countries find this whole discussion hilarious. There’s a fine group that does literature reviews and online seminars, and I sat in on a number of their international Zoom calls. They’re describing implementing [a decon system] which costs a couple of hundred thousand dollars. People from other countries say, This is great, but useless—we can’t afford it, and we have people who are dying. It was heart-wrenching.

People should recognize the disgusting fact that with every breath you take, you’re breathing in fungus, viruses, aerosolized dog poop. Every breath is filled with pathogens, a background level you have to accept as part of life.

The other caveat is that this is just meant to decontaminate inanimate objects. You cannot go into a spa at 115 degrees and expect a) to kill COVID inside your body, and b) expect to live more than about a half hour.

Can the Science of Safe Cooking Solve Our Looming PPE Shortage?

Can the Science of Safe Cooking Solve Our Looming PPE Shortage?
0
share this