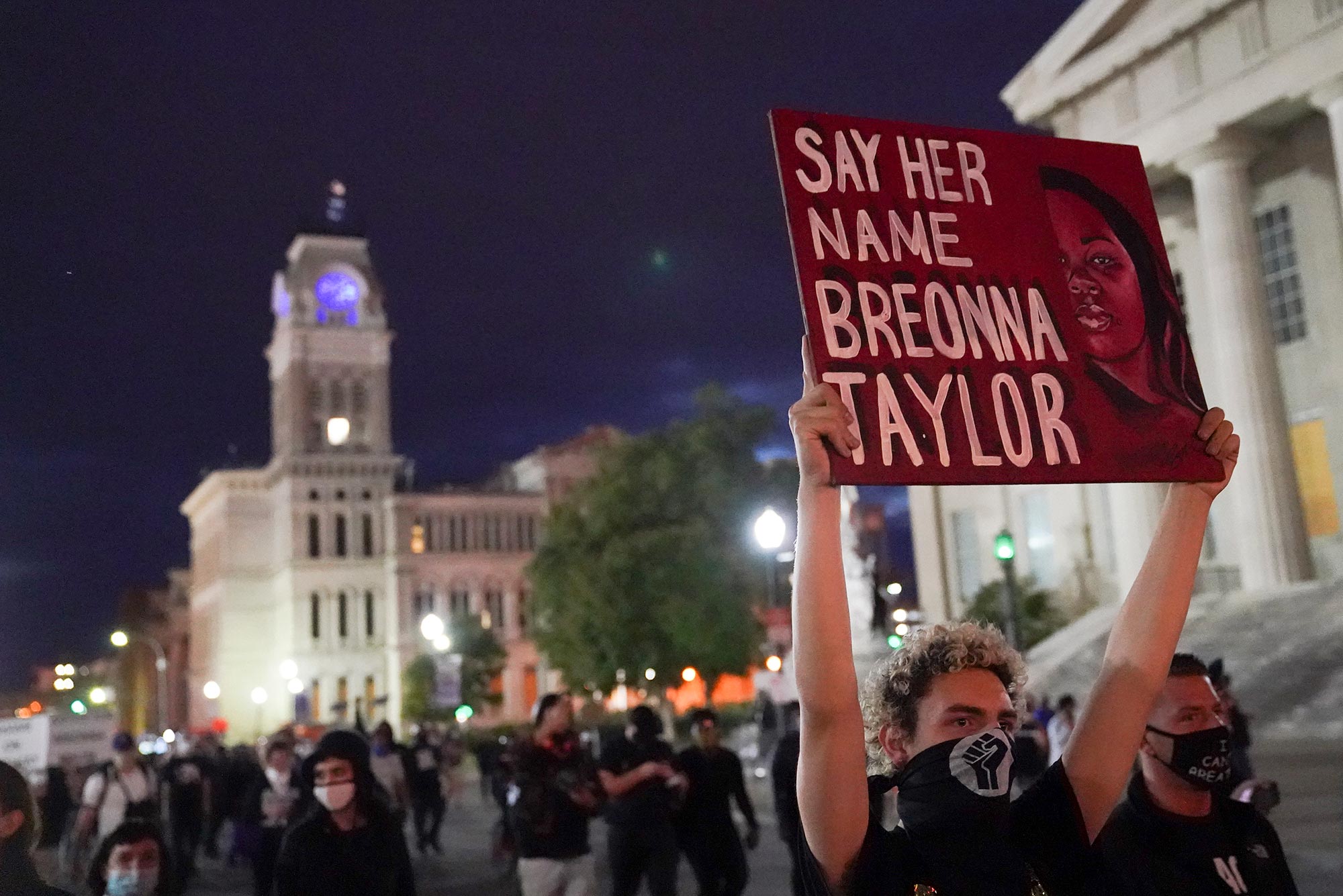 BU researchers suggest better police bias training could reduce systemic racism that has brought protestors to the streets, as at this September Louisville, Ky., rally after the killing of Breonna Taylor. Photo by AP/John Minchillo

“There are good reasons to be concerned about the reality of systemic racism,” Danielsen Institute’s Steven Sandage says

In a prophetic paper Steven Sandage coauthored two years ago in the Journal of Forensic Psychology Research and Practice, the research director at BU’s Albert & Jessie Danielsen Institute called for better police training in cultural competence: the ability to respectfully think about, and act toward, people of different races, creeds, nationalities, and beliefs. The recent police killings of unarmed Black people, such as George Floyd and Breonna Taylor, have made the suggestion prescient.

“There are good reasons to be concerned about the reality of systemic racism, given a variety of indicators—arrest rates, prosecution rates, stopping people of color at disproportionate rates, larger incarceration in the United States,” says Sandage, who is also the School of Theology Albert and Jessie Danielsen Professor of Psychology of Religion and Theology. “What we don’t have is data on particular police officers and access to information that would give us stronger prevalence rates” of cultural incompetence. “Some people say 99.9 percent of police are not racist, and when politicians lay in on that…it’s just pulled out of the air.”

In their paper, he and coauthors Sarah H. Moon, Danielsen’s former assistant director of training, and Tranese Morgan, a former postdoctoral psychology fellow, suggest police departments use a questionnaire called the Intercultural Development Inventory (IDI). The 50-query survey, designed by a Maryland-based assessment company that charges for its use, probes for implicit biases.

The IDI is proprietary, its questions available only to those who pay for it. But its effectiveness is backed by experience, says Sandage, who discussed with BU Today the IDI and his paper, “The Need for Intercultural Competence Assessment and Training among Police Officers.”

Steven Sandage: It’s something of mystery. A lot of police go through some diversity training; there are pieces here and there describing certain training around implicit bias, but there really is no literature evaluating that training or describing standardized, empirically supported approaches.

Many law enforcement agencies put police through a measure of psychopathology in the hiring process, but it’s not clear that agencies on any wide scale are using an assessment of officers’ strengths and weaknesses around diversity, racism. That has become more common in other professions, like education, mental health, religious leadership, business. Many police organizations indicate they’re doing something on diversity training; it’s not clear to the public what it is or how it’s evaluated.

BU Today: Do any police departments use the IDI, and what evidence is there that it works?

Steven Sandage: It’s been widely used in Canada, but I’m not aware that it’s been widely used in the United States. There’s a lot of validity evidence for the IDI among people in other professions. The same kind of skills are needed, it seems to me, in law enforcement. It also would provide a frame, beyond racism, for developing positive skills in relating across cultural differences.

Steven Sandage: Some forms [of incompetence] are defensive and hostile towards racial or cultural differences, combined with a sense of personal superiority. That’s what is often thought of as racism. There are also forms of intercultural minimization that are arguably racist also; there’s not as much intense hostility, but a tendency to [believe] that people who are different should conform to a particular cultural framework. The person may not be aware they’re imposing cultural expectations of behavior on others that may not apply to that person’s cultural context.

BU Today: The officer who killed George Floyd—would the IDI have helped train him to not look down on people of color, or would it have weeded him out as unfit to be an officer?

Steven Sandage: Both would be options to be considered. It can be challenging to negotiate these things as part of hiring because of union contracts, but the upside of using it in training is you can differentiate those who have severe deficits from those who need to make some progress and then provide some training.

BU Today: Would diversifying police hires be an alternative to the IDI?

Steven Sandage: I see that as a complement. Diversifying police is crucial, but it’s also necessary to help all people learn how to relate effectively across cultural differences.

BU Today: Do instruments like the IDI have a potential blind spot, in that someone who’s racist and really wants to be a cop might answer dishonestly to cover up their racial animus?

Steven Sandage: It’s not really possible to score high because I want to score high. The IDI is a sophisticated tool. The questions get at latent dimensions and attitudes rather than content that is more obvious or easy to manipulate. This is one of the strengths of this particular assessment. Research using the IDI with numerous professions has shown a wide distribution of scores.