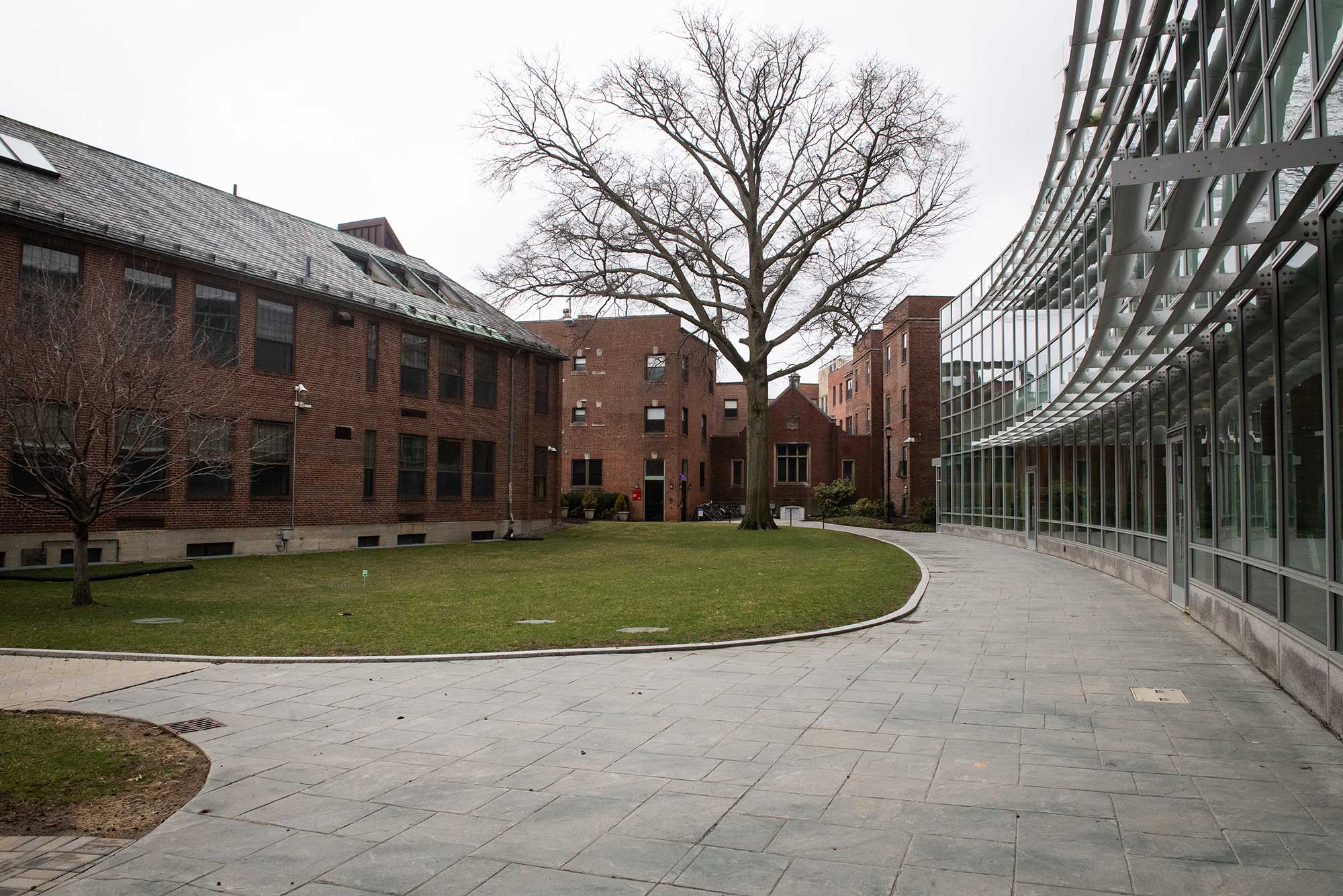 Amid the coronavirus pandemic, BU is temporarily housing those who house the homeless. The University has opened an empty student residence on the Fenway Campus to 75 employees of Pine Street Inn, the nonprofit operating numerous Boston shelters and residences for short- and long-term homeless people.

By making the Campus Center & Student Residence available, the University is providing a nearby refuge for Pine Street staff exhausted from multiple work shifts and long commutes, says Lyndia Downie, the organization’s president and executive director. Her employees will move into the dorm over the next few weeks and will likely stay there for a few months, she says, “until this settles down.”

“This is such a generous offer from BU,” Downie says. “Like everyone else, we have staff and guests who have tested positive for the virus. Our frontline staff are the heroes in this epidemic, and they are working around the clock to keep homeless people safe. In coordination with the city, they’re working to bring up other facilities for homeless people who need a place to go during this pandemic.”

The Pine Street employees who move into the Campus Center will include workers from its shelters as well as its housing support staff, Downie says. Pine Street offers 670 beds at four shelters in Boston for emergency housing for homeless men and women. The nonprofit also owns or manages permanent housing for 850 formerly homeless tenants who need ongoing support because of poverty, health problems, or other setbacks.

“In some cases, [staffers] are working double shifts and need a place to stay,” making BU’s offer a vital help, says Downie. “We also have some who have long commutes, and this will reduce their commute time. The staff will come from programs and housing all over the city—the South End, Jamaica Plain, Dorchester.”

“This will give some of our hard-working frontline staff the ability to practice physical distancing and get some much-needed rest,” Martin Walsh, Boston’s mayor, said in announcing BU’s offer. Other city institutions are stepping forward, he said, including Northeastern University, which has agreed to provide 135 rooms for first responders.

All told, the mayor said, the city has 334 new beds at various locations to allow first responders and shelter staff to observe physical distancing and curtail COVID-19. “I sincerely thank President Robert Brown from Boston University and President Joseph Aoun from Northeastern…for working with us to make these spaces available for the people who need them the most.”

“We’re pleased to provide space to the Pine Street Inn to support their critical work during these unprecedented times for our city and the nation,” Brown said. “I’m grateful to the Boston University Facilities teams that worked tirelessly to ready the space. We will continue to work closely with the city to be helpful where we can be.”

For several weeks, BU and the city have discussed ways that the University could help with Boston’s response to the pandemic. The city and Pine Street decided that for now the most pressing need was temporary housing for the 75 shelter staffers.

BU students left their campus rooms last month after the University shifted to remote learning. The commonwealth of Massachusetts has asked universities and other institutions to lend their student- and staff-shorn buildings for a variety of purposes during the pandemic.

Among other assistance the city has arranged, Suffolk University is contributing a dorm to homeless people who have tested negative for the virus.