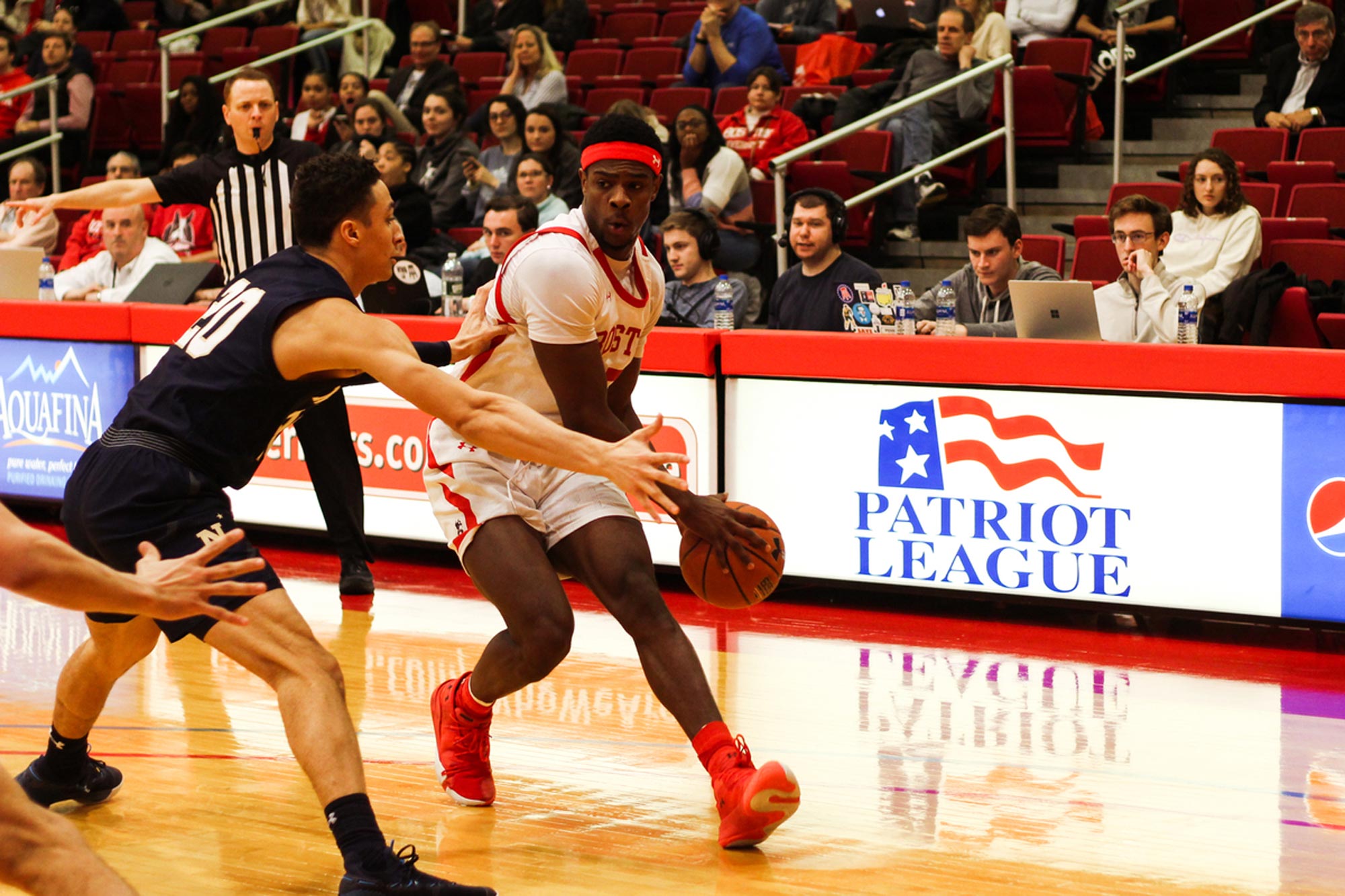 For the first time since 2017, the BU men’s basketball team is going on to the Patriot League semifinals. Following a 69-63 victory over the US Naval Academy at Case Gym Thursday night, the third-seeded Terriers will host seventh-seeded Bucknell University on Sunday, March 8, at noon at Case Gym.

“When you get to this time of year, I told the players, expect an absolute battle,” says Joe Jones, BU head coach. “I’m going to expect the same from [Buckell]. They’ll be great, they’ll be prepared.”

Whyte posted 18 points and 10 rebounds in the quarterfinal victory. He says the Terriers are taking the playoff run one game at a time.

The Terriers last played in the league semifinals in 2017, falling in double overtime to Lehigh. Mahoney is the only current BU player who was a member of that team.

The Terriers’ roster is filled with experienced sophomores and juniors, and Jones says this group is one of the most cohesive teams he has coached, and he looks forward to the Patriot League semifinals.

“They’re just winners—they have the right character,” he says. “These guys buy it. They know what’s right, they know what’s important. Collectively, I think it’s really powerful when you have guys pulling for each other and trying to get it done together.”