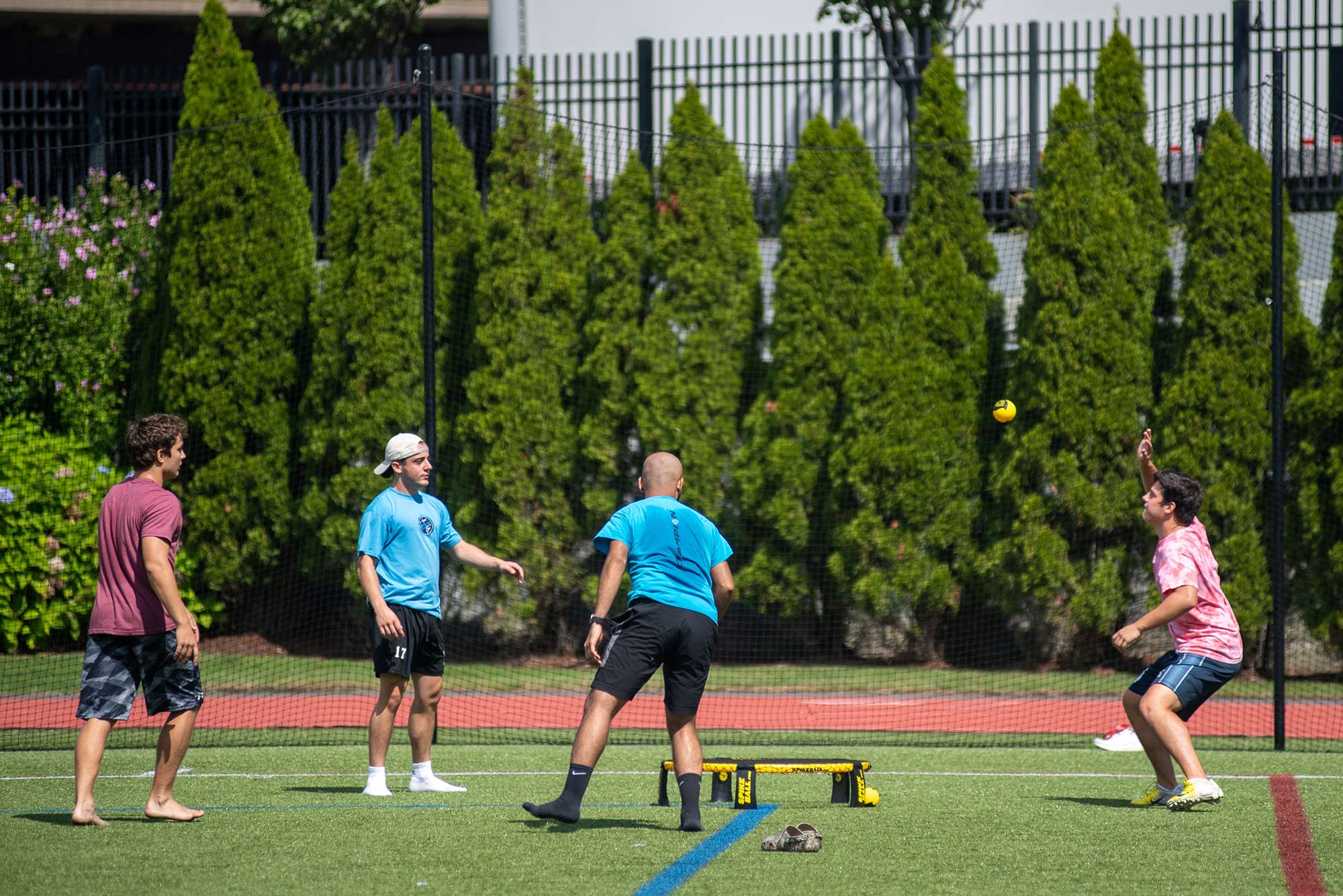 Nice fall weather has made it easy for students to get together outdoors and maintain social distance, but as cooler temperatures come and they’re forced indoors, mask-wearing will become more critical. Photo by Cydney Scott

When it comes to ethics and compliance, students are policing one another to stop the spread

In just under a month, a hotline set up by the Boston University Dean of Students (DOS) office for students to anonymously report violations of COVID-19 public health guidelines has received 187 calls—a weekly average of almost 50. And by far the busiest days have been Saturdays, as word of improper gatherings starts to spread through campus.

The Ethics and Compliance Hotline, which is monitored by third-party company EthicsPoint, is one tool helping Kenneth Elmore (Wheelock’87), dean of students and associate provost, and Jason Campbell-Foster, senior associate dean of students, keep a pulse on what’s happening on campus, know what areas of education or guideline enforcement they need to work on, and when to take action on individual protocol violations.

The hotline can be anonymous if the person reporting does not want it known. But Elmore says he would prefer that students give their name when reporting so his office can pursue any clarifying information and follow up to let them know what was learned from the tip and any steps the administration took or didn’t take.

“There’s the big-picture goal, which is to make sure we’re all healthy,” Elmore says. “We all know we need a bit of a nudge, and we also need some level of accountability. Not everyone needs a hotline, but some people do. My preference would always be that you say to that person you see, ‘Hey, pull your mask up, give yourself some distance, keep it outdoors, be more mindful,’ but some people are a bit more introverted about doing that.”

When reporting, Elmore and Campbell-Foster ask that the student include an address, time, and thorough description of what happened or what they know. They want “actionable” reports, so they can investigate in a timely manner—usually within one or two business days. Vague descriptions of COVID protocol violations will provide only an overview of life on campus instead of giving the DOS something concrete to investigate.

“The numbers tell us where we need to do more work,” Campbell-Foster says. “From an individual standpoint, that’s when we really get to engage with people and say, ‘This is the truth of what might have been going on. We appreciate your perspective—however, behind the scenes, there was more to it. They were roommates, or in the same household. They are okay to be doing that.’”

Both Elmore and Campbell-Foster stress how context can explain many of the reports they receive. After it came to their attention, the University investigated one incident where a video from Student Village II showed students hanging out together in a hallway. “We did our research and figured out who the [reporting] person was, and we reached out to let them know how we were following up,” Elmore says. “For example, for that one, we followed up by letting them know that we do want people together, but yes, they could have done better with the distancing.”