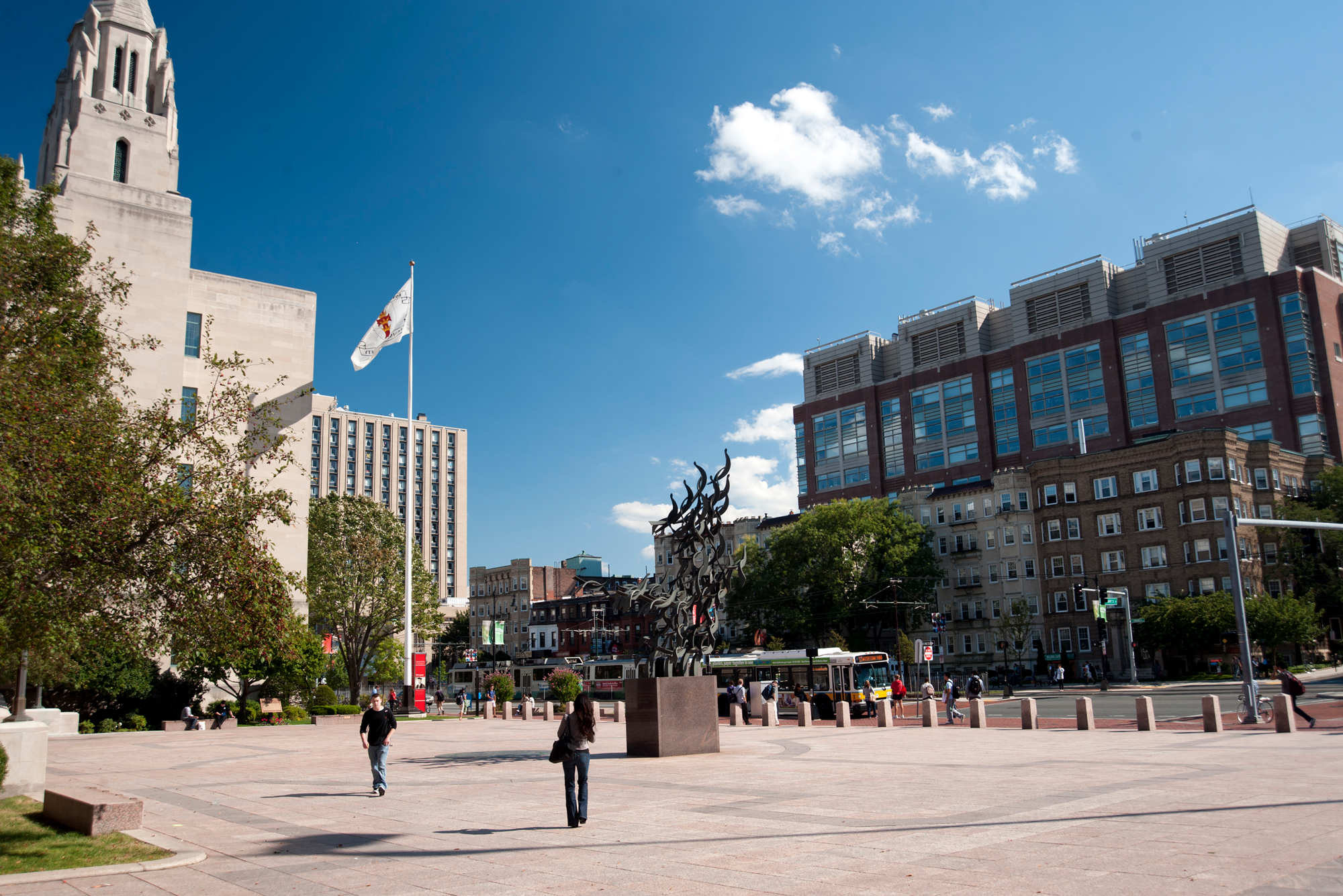 BU has awarded $15 million in federal aid from the CARES Act to more than 5,800 students who were financially hurt by the campus closure forced by COVID-19. Photo by Dave Green

Work-study student Sahika Aydinol couldn’t just hop on the MBTA to get home after COVID-19 closed campus for remote learning in March. Even though she’s an American citizen, home for her is Istanbul.

“I had to travel internationally at very little notice, which was quite costly,” Aydinol (Questrom’22, CAS’22) says. Once home, the bills mounted, as “some of the equipment I bought in the United States was not compatible with the voltage and plugs here,” she says, requiring her to buy adapters and replace chargers. To top things off, her room is in a far corner of her house, requiring her to buy a Wi-Fi amplifier and headphones to make sure she could attend her remote classes without interruptions.

She applied to the University for a grant from the federal CARES Act, signed by President Trump in March, which included emergency aid to colleges and universities for both institutional costs and student financial need resulting from COVID-19 campus closures. While BU was entitled to use half of its almost $15 million allotment for institutional expenses, University leaders opted instead to disburse all of the funds to students. Aydinol received $3,500 in CARES Act aid.

“The money was definitely a huge relief,” she says. “I know the administration is flooded with questions and complaints daily, and their efforts to accommodate everyone are really coming across.”

BU awarded the last of its CARES money Monday. “We determined that 5,804 students were eligible” out of more than 7,100 who applied, says Julie Wickstrom, BU’s executive director of financial assistance.

Of the students who received money, 71 percent were undergraduates, half of whom receive federal Pell grants for exceptional financial need, she says. Among all recipients, individual CARES grants ranged from $500 to $3,500.

Only students eligible for federal financial aid qualified for the CARES money (although other students affected by COVID’s impact can learn about other possible aid by contacting Financial Assistance). The University decided who received money, and how much, in accordance with CARES Act requirements, which earmarked the money for qualifying expenses that resulted from campuses closing due to the coronavirus. Qualifying expenses included purchases of computers, data or Wi-Fi upgrades, unexpected travel or living expenses, supplies needed to complete coursework online, housing, food, and childcare.

Students with financial needs unrelated to BU’s campus closure—for example, someone whose parent lost her job—might not have been eligible for CARES aid. Those who still need help with enrollment expenses should contact the financial aid office of the individual school or college they’re enrolled in, Wickstrom says.

International students are not eligible for CARES money, but hundreds applied nonetheless. BU provided assistance from its own financial aid funds rather than CARES to 447 such students, she says.

CARES money has been a crucial lifeline for students like McKenzie Beaton (Sargent’20, SPH’21), who has rationed her $3,500 grant to cover housing and groceries.

“I have always been someone who has worried about money, whether I had enough to support myself, and COVID really emphasized this fear for me,” she says. “The CARES grant reassured me that I would be okay.” The work-study student often found odd jobs through the student work portal, she says, so she “did not have the same income that I did before everything closed.”

In addition, Beaton says, “I would often purchase Convenience Points to pay back later and buy meals if I did not have the money to spend on groceries right away. When COVID-19 hit, I no longer had this option for food.” And remote learning forced her to pay more for data on her phone so it could handle the Zoom learning platform.

Without this money, I know my life would be much harder and much more stressful during COVID, and there would have been financial problems I would not have been able to solve.

All states, including Massachusetts, are reopening their economies to varying degrees, and unemployment fell last month, but COVID-19’s business lockdowns have forced more than 42 million Americans out of work.

“I am worried about future costs,” says Kassidy Bate (CAS’21), who received a $3,500 CARES grant. Her single mom lost her job in the downturn brought on by the pandemic, Bate says, and she used her grant for things like groceries and rent on her family’s apartment, since the campus closure had deprived Bate of her own part-time work.

“My family lives paycheck to paycheck, and when even one of those is taken away, it can take weeks or months to catch up,” she says. “I am glad with the way BU distributed these funds to me.”

Chad Rodriguez (Wheelock’21) says he is grateful for the $3,500 in CARES money that BU gave him, but his family could still face eviction in Florida and he wishes more federal aid was available to help parents like his. “They do not have college degrees or high-paying jobs,” he says. “The government in my state has not deemed them worthy of aid.”