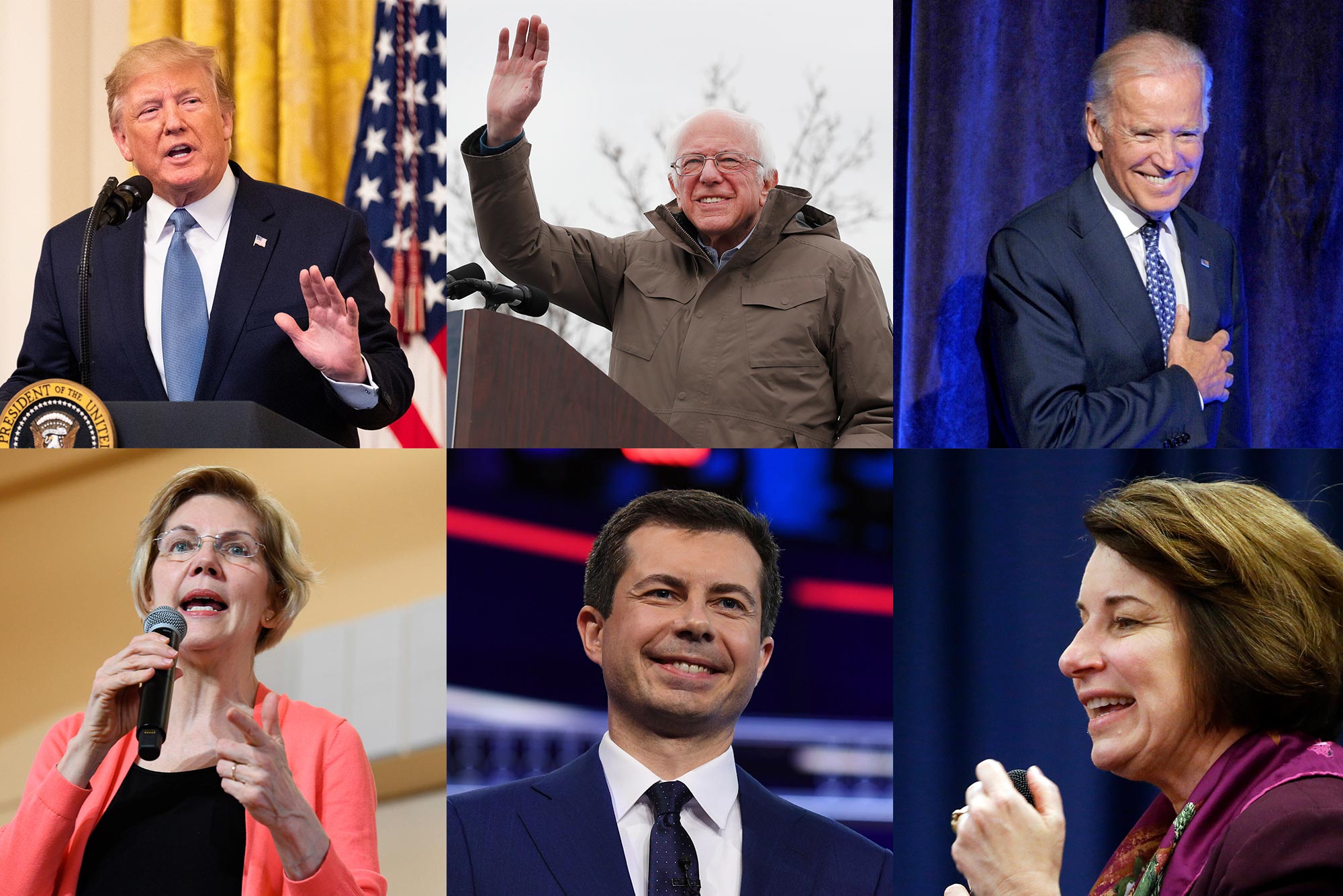 What Voters’ Sweat Levels, Facial Expressions, Reveal about Their Feelings for Candidates

Election focus groups aimed at discerning which presidential candidate has the best shot at occupying the White House for the next four years generally pepper participants with lots of questions, then methodically analyze their answers. Now comes a different kind of study from Boston University researchers—a biometric quest that measures participants’ physiological reactions to candidates, as revealed by facial expressions, eye movements, and galvanic skin response (perspiration), all of which is combined with participants’ answers to questions. It’s a combination of research tools that offers some interesting insights in the run-up to the 2020 election. If voters (notably, a group of 22 voters who very probably reside in Massachusetts, and only one a Republican) acted purely on the strength of their emotional response, this study found, Bernie Sanders could be our next president.

“With this kind of biometric study you are able to capture insights that you wouldn’t get with a traditional study,” says Susannah Blair, lab and research manager at the College of Communication’s Communication Research Center (CRC), which conducted the study. “The results may be a little more reliable because you’re tapping into some subconscious emotional responses.”

Conducted at the request of the State House News Service, the CRC study asked respondents to read a short biography of each candidate, which was accompanied by the candidate’s photo. As participants did that, biometric technology tracked their eye movements and facial expressions, and also measured galvanic skin response, a reliable indicator of emotional arousal. Candidates were then rated numerically based on how powerfully they elicited various positive and negative emotions and sentiments.

The biometrics suggest that Joe Biden, former US vice president, evoked the most anger, with US Senator Elizabeth Warren (D-Mass.) second, US Senator Bernie Sanders (D-Vt.), the most sadness, US Senator Amy Klobuchar (D-Minn.), who left the race Monday, the most disgust as well the most contempt, Pete Buttigieg, former mayor of South Bend, Ind., who dropped out of the race on Sunday, the most joy, and President Donald Trump, the most surprise and the most fear.

Blair says the research team, which included Mina Tsay-Vogel, a COM associate professor and CRC codirector, and Anne Danehy, a COM senior lecturer, was surprised by the disparity in responses between men and women. “Women had far fewer negative responses than men and more positive responses overall,” she says. “It was also surprising to find such a negative response to Elizabeth Warren here in her home state, where you would expect her to be the favorite.”

“While the self-reported data show that Sanders received highest scores on qualities such as moral, trustworthy, and approachable—qualities that were strongly associated with voting intention—the biometric data offers a more in-depth look at ways in which people physiologically respond to these candidates,” says Tsay-Vogel. “The fact that Sanders induced the most emotional intensity among respondents in the study tells us that he is doing a good job at engaging prospective voters.”

What Voters’ Sweat Levels, Facial Expressions, Reveal about Their Feelings for Candidates

There are 4 comments on What Voters’ Sweat Levels, Facial Expressions, Reveal about Their Feelings for Candidates

What Voters’ Sweat Levels, Facial Expressions, Reveal about Their Feelings for Candidates
4
share this