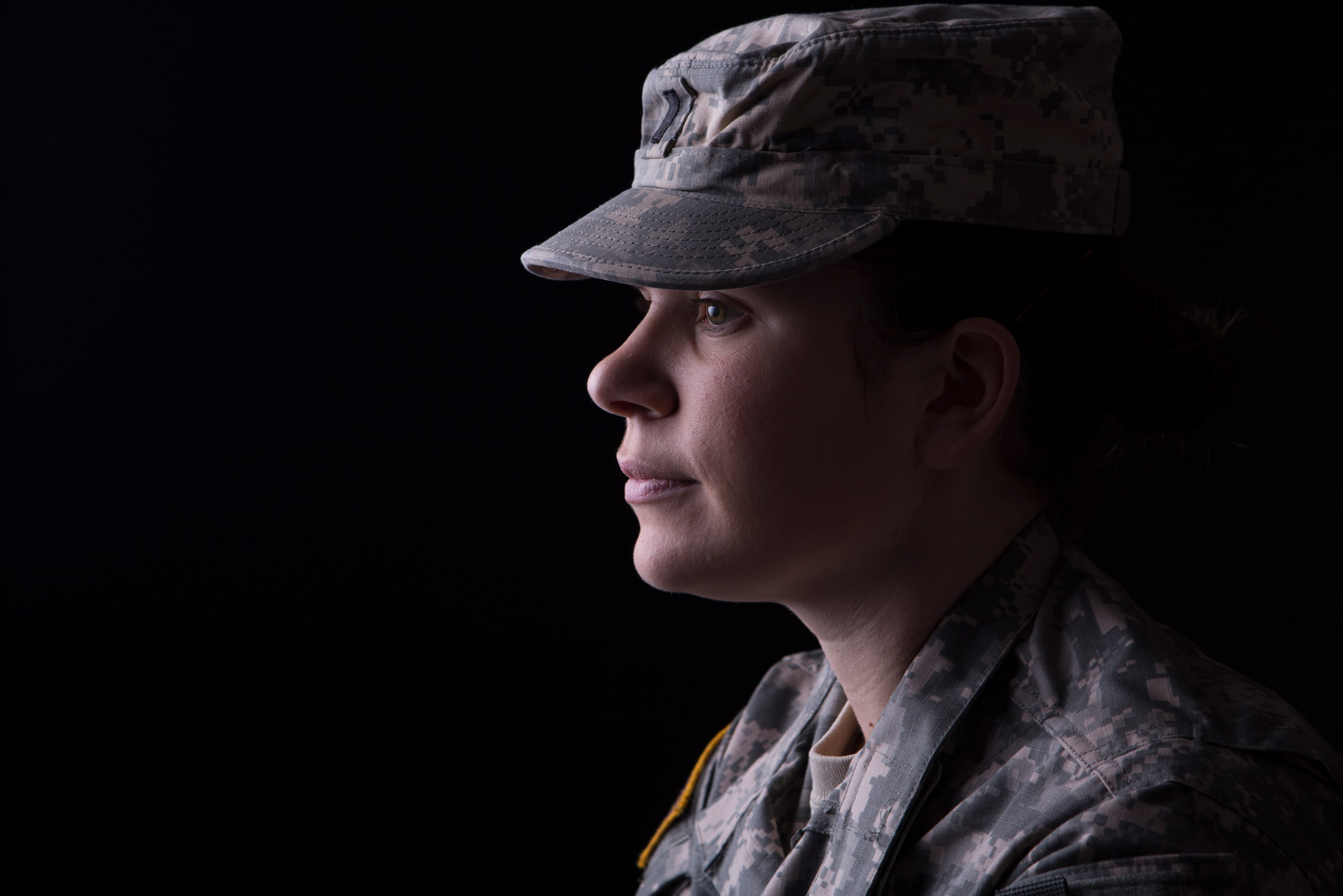 The findings of three recent studies from BU could streamline PTSD diagnosis thanks to machine learning, explain why PTSD can cause some people to age faster, and prove that blood proteins could be the key to diagnosing Gulf War Illness. Photo by iStock

BU and VA scientists are applying machine learning, blood analysis, and genetic sequencing to improve quality of life for veterans

Effective diagnosis still remains a barrier for many veterans who are coping with medical disorders as a result of active duty. But early diagnosis and intervention is critical to prevent an overall impact on health and longevity.

Boston University researchers on the Medical Campus are working with collaborators at the VA Boston Healthcare System and other universities to speed up diagnostic processes—for post-traumatic stress disorder (PTSD) and other lesser-known disorders like Gulf War Illness—and understand the underlying risks that could compound the effects of PTSD or other psychological disorders to accelerate the body’s biological aging process.

Post-traumatic stress disorder (PTSD) affects eight million adults in the United States, including hundreds of thousands of veterans of the conflicts in Iraq and Afghanistan. But diagnosing PTSD is a time-consuming process, taking upwards of 30 minutes—a barrier for the screening to be included in most routine clinical visits.

Now, researchers from the BU School of Public Health and the VA Boston Healthcare System say machine learning could help streamline and speed up PTSD diagnosis in veterans. Published in the journal Assessment, their recent study utilized machine learning to find that out of the 20 “gold standard” PTSD screening questions from the Structured Clinical Interview for the Diagnostic and Statistical Manual of Mental Disorders, fifth edition (SCID-5), 6 questions could be cut out because only 14 of them were required to accurately identify PTSD in veterans with 90 percent accuracy.

The researchers made the discovery using data from SCID-5 assessments of 1,265 veterans of the Afghanistan and Iraq conflicts, and a kind of machine learning system called “random forests” (made up of “forests” of decision trees). The random forests system learned how strongly different items in the diagnostic questionnaire predicted a PTSD diagnosis. This allowed the researchers to identify which questions had weak enough associations that they could be cut from the screening while still maintaining at least 90 percent accuracy.

The most important item for a diagnosis was detachment or estrangement from others. This was true both for the whole sample and for male and female veterans separately. However, they also found that certain questions tended to be more or less revealing of PTSD status depending on whether a veteran is male or female.

“This study demonstrates very clearly that the most efficient manner of diagnosing PTSD may differ for men and women,” says study senior author Brian Marx, staff psychologist at the National Center for PTSD at the VA Boston Healthcare System and a BU School of Medicine professor of psychiatry. “This finding is especially critical in a setting like VA, which serves a small but growing number of women veterans.”

PTSD can cause some people to age faster

Researchers led by BU psychiatrist Erika Wolf are on a mission to find out the consequences that PTSD has on veterans’ physical health. “A lot of individuals will develop early onset age-related conditions, like metabolic diseases, Alzheimer’s cardiac disease, a whole host of changes can occur. We wondered if acceleration of aging is at play,” says Wolf, a clinical research psychologist for the National Center for PTSD at VA Boston Healthcare System and a MED associate professor of psychiatry.

Using data from individuals who donated their brains to the VA’s National PTSD Brain Bank, the researchers examined how genetic variation and PTSD status interacted with each other. They found that older adults with PTSD showed evidence of accelerated aging in their brain tissue if they had a certain “at-risk” variant of a gene known as klotho, which is associated with longevity. Their results were published online in the journal Neuropsychopharmacology. The findings may also help explain why chronic stress negatively impacts the biological age of individuals with other psychological disorders.

“We know that PTSD doesn’t exist in a vacuum, that it has similar types of effects as other stress disorders,” Wolf says, which could include people who have generalized anxiety disorder, depression, substance abuse, antisocial personality disorder, and more. “It’s about the idea that this gene variant is impacting the relationship between PTSD—or other forms of psychological stress—and aging.”

Having the at-risk variant of the klotho gene could be important clinical knowledge for healthcare providers to be aware of for any patients that are experiencing high stress, trouble sleeping, high anxiety levels, and intrusive memories. The gene variant can be detected by blood, although genotyping hasn’t yet become mainstream in psychiatric care, Wolf says. But she looks to the progression of cancer treatment, where most patients undergo genetic sequencing to determine the best course of treatment, and is hopeful that the trend will soon catch on in other areas of medicine.

Wolf and her team are now exploring whether the expression of the at-risk klotho gene can be moderated through exercise, cholesterol medication, or other factors.

Blood proteins could be key to diagnosing Gulf War Illness

“Right now, Gulf War illness is diagnosed by self-report of health symptoms,” says Kimberly Sullivan (MED’99), a BU SPH research associate professor of environmental health, “and Gulf War veterans have struggled to have their symptoms taken seriously as a unique disorder and not treated as chronic symptoms found after other wars or of those encountered as part of other similar chronic multi-symptom disorders.”

But a new study led by Sullivan could potentially change that. She and collaborators found that central nervous system proteins in the blood could objectively diagnose GWI. Their findings were published in Brain Sciences.

The research team, led by Sullivan and Mohamed Abou Donia, professor of pharmacology and cancer biology and of neurobiology at Duke University School of Medicine, compared blood samples from 171 veterans with GWI, 60 healthy Gulf War veterans, and 85 civilians with similar chronic medical conditions (50 with myalgic encephalomyelitis/chronic fatigue syndrome and 35 with irritable bowel syndrome).

Compared to the other groups, the study participants with GWI had significantly higher levels of 9 out of the 10 kinds of central nervous system proteins measured in the study, distinguishing them from both healthy Gulf War veterans and from civilians with these similar medical conditions.

“This brings us one large step closer to having a simple blood test to diagnose the disorder and to differentiate it from other chronic medical disorders,” Sullivan says.

Past studies by Sullivan and other GWI researchers indicate that the GWI symptoms are caused by brain inflammation caused by exposure to the nerve agent sarin, pyridostigmine bromide pills that were meant to protect against sarin gas, and the pesticides meant to protect soldiers against insect-borne illnesses.

An objective biomarker for GWI, such as one that can be identified from a blood sample, will make it much easier for veterans with the disorder—an estimated 250,000, or one-third of those who served in the Gulf War—to receive benefits and treatment at their local VA hospitals, Sullivan says.

The new study also supports previous research indicating that brain alterations caused by toxin exposure are the cause of GWI’s physical symptoms. These proteins “should not be in the blood if [soldiers] did not at least at some point have damage to the central nervous system and changes to the blood-brain barrier,” Sullivan says.

Three Discoveries That Could Impact Diagnosis, Treatment of PTSD and Gulf War Illness
0
share this