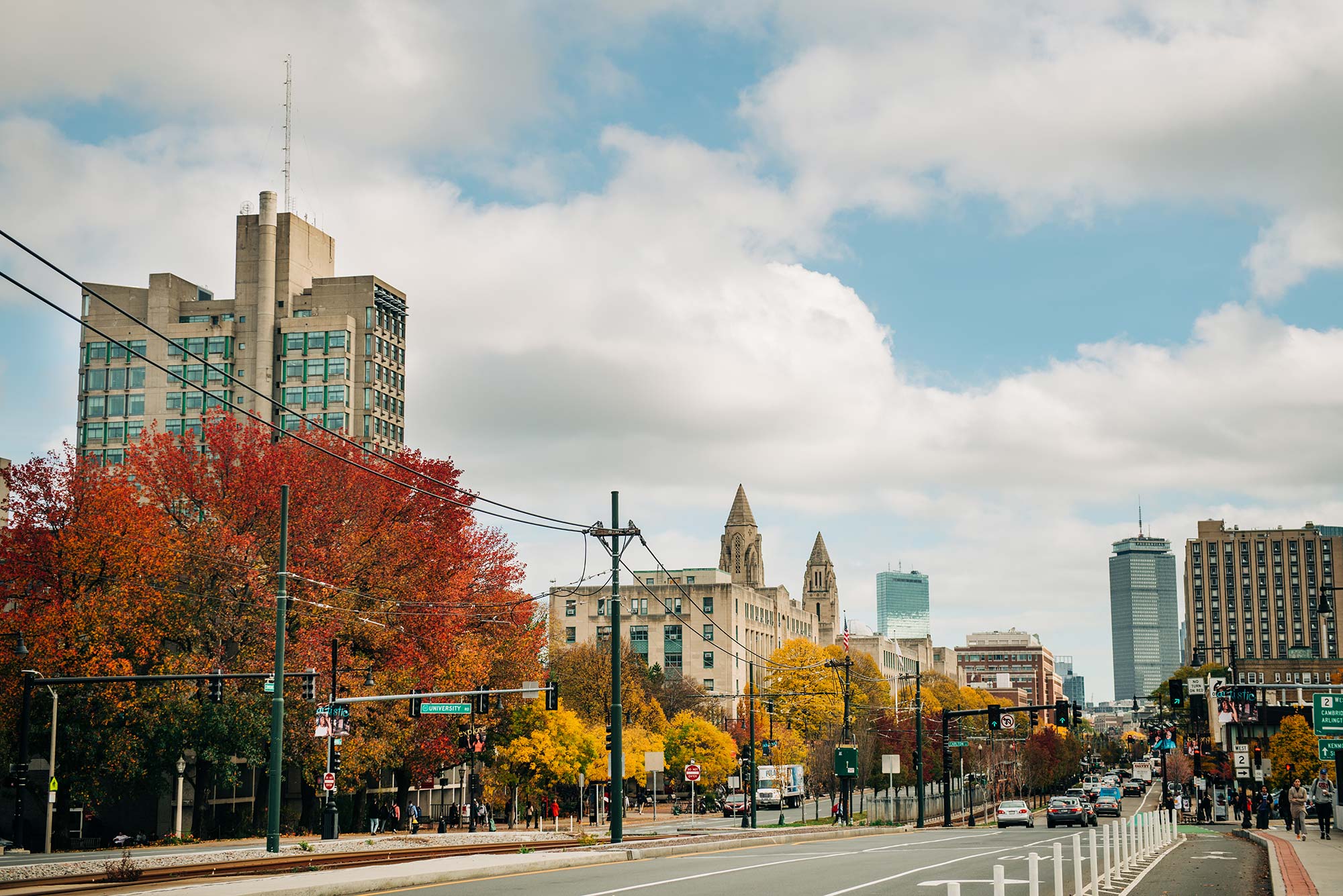 These safeguard violations, and the ramifications from them, come at a time when University leaders are concerned about increased positive results in the BU coronavirus campus testing program. Photo by Janice Checchio

A total of 17 students disciplined for underage drinking, disturbing the peace, and violations of COVID-19 safeguards

Twelve Boston University students have been suspended for the balance of the fall semester for their participation on October 3 in one or more of three parties where COVID-19 safeguards, including social distancing and mask-wearing, were disregarded, and where there was underage drinking, physical assault, and disturbing the peace.

Judy Platt, director of Student Health Services and a member of the University’s Medical Advisory Group, says there is no evidence that any of the students were positive for COVID-19, and there is currently no indication that the coronavirus was spread at any of the three parties. Nevertheless, the incidents, and the ramifications from them, come at a time when University leaders are concerned over a dramatic uptick in positive results in BU’s coronavirus campus testing program.

Kenneth Elmore (Wheelock ’87), dean of students and associate provost, says all of the suspended students attended at least one of three parties that were held between 3 pm and 1 am at three off-campus residences in Allston. In addition to the 12 students who have been suspended, 5 others have been placed on deferred suspension for the remainder of the academic year. The suspended students will not receive a tuition refund, and when they return for spring semester, they will also be on deferred suspension, a status where any subsequent rules violation results in full suspension.

Elmore says the physical assault occurred that Saturday night and involved one student throwing a beer can that ricocheted off a building into another student, and the disturbance of the peace involved general noisemaking and the smashing of a toilet seat in the street. He says the University is investigating whether the gathering, and some others, involved any BU clubs and organizations.

The suspensions come around the midpoint of a historic semester for BU and colleges across the country, as students have been forced to isolate more and have been prohibited from gathering in large groups, while trying to balance rigorous classwork with far less active social lives than their normal college experience. Because BU has enjoyed an extraordinarily low COVID-19 positivity rate for most of the semester, this past weekend (six to eight positive cases daily) showed a concerning pattern, especially in light of the prior holiday weekend, when the number of individuals tested was lower and there were significantly fewer positive results.

Letters sent October 20 by University leadership to students, faculty, and staff note that last week saw the largest number of new coronavirus cases on campus since the final week of Move-in in August. In response to that increase, the University announced a new requirement, starting October 22: all affiliates must show their green symptom attestation badge for entry into all public spaces on campus, including the GSU, campus dining halls, and libraries. The letters emphasize the importance of avoiding large gatherings and adhering to strict physical distancing protocols.

The new requirement also comes three weeks after six first-year students were placed on deferred suspension after BU police broke up a party of 20 students on West Campus that included underage drinking and where COVID-19 guidelines on mask-wearing and social distancing were ignored. Since late August, when large parties at other campuses nationwide were in the news, Elmore has repeatedly warned students that failure to take COVID-19 rules seriously could result in suspension, with no refund for tuition or room and board.

Similar sanctions at other schools have been met with lawsuits. In September, 11 Northeastern students were suspended, with no tuition refund, after they were found to be ignoring social distancing and mask-wearing guidelines at a gathering in their temporary dorm room in a Westin hotel. After the suspension of two students was appealed by an attorney, Northeastern backed off from its refusal to refund tuition, saying that part of the money lost could be applied to tuition in the future if the students chose to return. National Public Radio reports that attorneys have been hired to help students and their families fight sanctions at several schools, including Boston College, Syracuse University, and NYU.

There are 69 comments on 12 BU Students Suspended after Loud Parties, Infractions