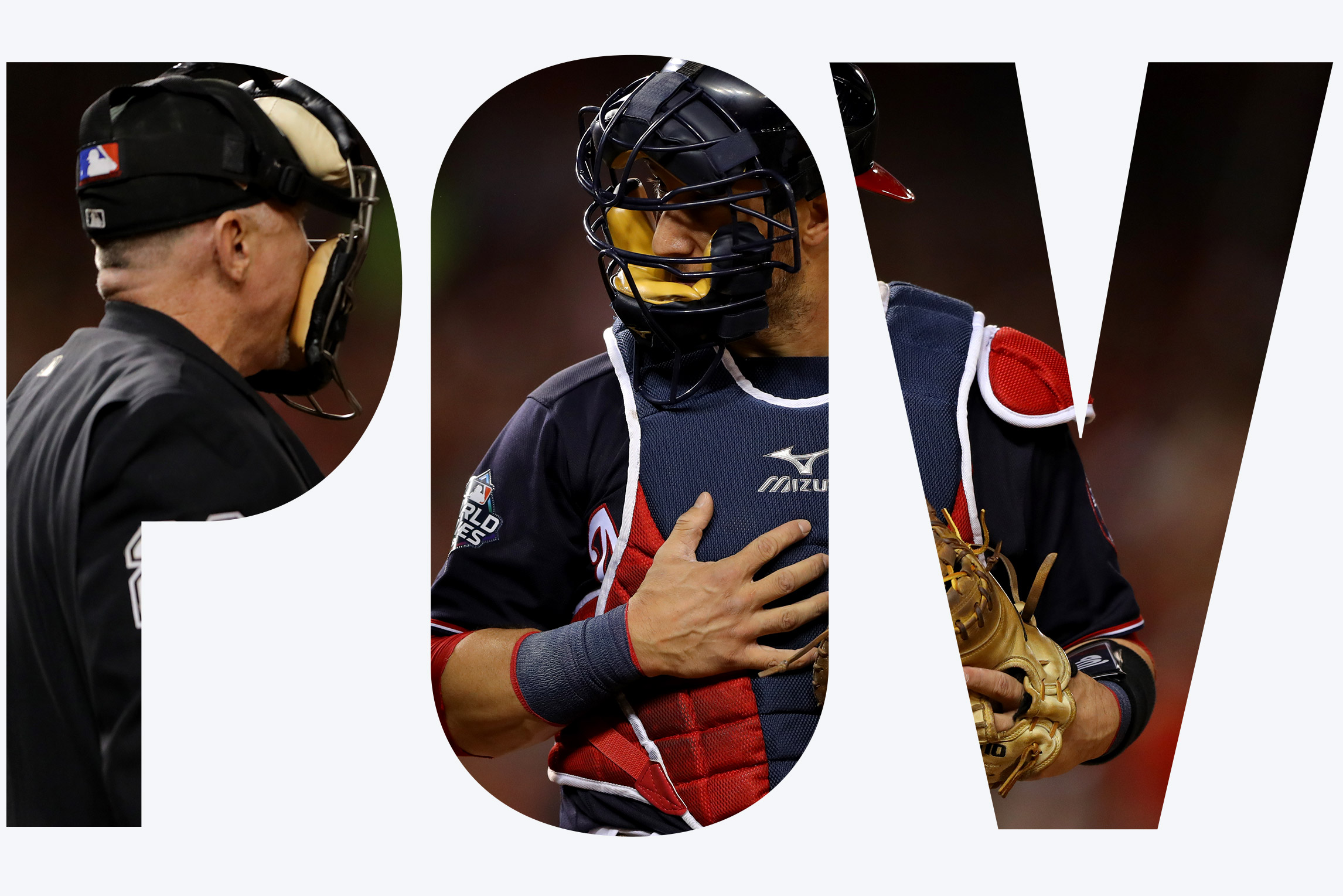 The results are in. Less than a month after the Washington Nationals won the 2019 World Series, new data reveal that the Major League Baseball umpires collectively missed almost 9 percent of ball-strike calls in the tense seven-game series. In crucial count situations, such as three balls and two strikes, accuracy rates were even lower. Umpire team biases were also evident, as well as a flawed assignment system that placed seniority over merit.

This year marked 100 years since the end of the dead-ball era of baseball and the start of modern baseball as we know it today (1919 was the year Babe Ruth hit a then–league record 29 home runs). But how plate umpires judge balls and strikes has not changed. Players and fans deserve better behind home plate—and MLB is finally acknowledging that changes are needed, and maybe even coming.

Robo umpiring—the use of electronic strike zone technology—is moving closer to reality. Human error rates have a cost and remain too high, as I first documented in April after analyzing more than four million pitches over 11 seasons of MLB data. In July of this past season, strike zone technology was successfully tested in the independent Atlantic League. “We’re actually going through a big upgrade of that piece of our technology during this off-season,” baseball commissioner Rob Manfred said in a recent interview. “I think we need to be ready to use an automated strike zone when the time is right.” He added: “I think it’s incumbent upon us to see if we can get the system to the point we’re comfortable it can work. I only would go to an automated strike zone when we were sure that it was absolutely the best it can be.” This month MLB announced it would extend the use of strike zone technology to the minor leagues.

The 2019 World Series was exciting. Underdogs from the start, the Nationals came from behind to win the first championship in franchise history. It also was clear the Nationals and Astros were not just competing against each other, but also faced flawed plate officiating. Supposedly unbiased arbitrators seemed blinded by the bright lights, making multiple bad calls, unduly influencing game outcomes. Even umpires who were solid regular season performers struggled on the biggest stage. Channeling fan frustration, blogs posting videos of botched calls mushroomed.

During the October Classic, umpires made 98 bad calls, averaging 14 per game, or 1.5 per inning. The quantity of bad calls is only part of the story. Remarkably, 26.5 percent of these miscalls were related to crucial-count situations—such as a batter being incorrectly called out or inappropriately allowed to reach first base. Given that pitch-count is linked to offensive production, bad calls change outcomes. During the 2019 season, a batter with a 2-1 count hit .351, but when the count was 1-2, they hit only .161, a powerful reminder of how a single incorrect call by an umpire can have a dramatic impact on a game.

Against the Nationals, there were over two times more crucial-count bad calls than against the Astros. No single game exposed umpire fallibility more than game five. Plate umpire Lance Barksdale missed a whopping 12.5 percent of crucial-count calls. These human errors allowed an Astros batter to stay alive and hit a crushing two-run homer. Another missed call sent an Astros batter to first instead of ending an inning. An incorrect strike call in the seventh inning sent a Nationals batter to the dugout, ending the inning, extinguishing a potential comeback rally. The counterargument is that the Astros won game five decisively, 7-1, proving they were the best team that night regardless of umpire performance. But this logic ignores the fact that the teams were not treated equally and players and fans suffered. On average, World Series umpires made an astounding 3.71 crucial-count bad calls per game, well above the regular-season average of 2.93. In a seven-game series, those calls can swing games, and maybe, swing the series.

Major League Baseball had 76 full-time umpires to choose from when fielding the 7-member World Series crew. Logically, only the best performers should have been picked, and there was plenty of data to do that. Yet almost half (three of seven) umpires were below the league’s average (meaning poor pitch-callers) as measured by regular-season performance. MLB placed seniority over merit, the equivalent of letting an aging slugger hit cleanup to reward his long career.

Not surprisingly, umpires, just like professional baseball players, peak. Nevertheless, for the World Series, most (five out of seven) were older than the league average of 49. Measuring ball-strike calls during the regular season, taking into account about 370,000 pitches, the best umpires tended to be much younger by 10 years or more. Simply put: younger umpires performed better, on average, than their older peers, which is why this seniority-driven system is problematic.

Yet the 2019 World Series crew chosen was not an anomaly. Over the last three World Series, the majority of umpires were not top performers, were above average age, and the crew chiefs chosen were underperformers. For 2019, Gary Cederstrom (age 64) earned only an UmpScores two- out of five-star rating and was ranked only 55/76. In 2018, Ted Barrett (age 53), a one-star umpire, was assigned as crew chief. In 2017, Gerry Davis (age 66), a two-star umpire, got the nod.

Further, MLB uses an outdated crew rotation system, making it impossible to only have top-performing umpires behind home plate. Each crew member—regardless of age, experience, or pitch-call performance—rotates behind home plate. Using available data, this flaw could be easily corrected by assigning only top-tier umpires to work the plate, reserving the other spots for those who excel in field positions.

We live in a data-driven world, which is why MLB must rethink its seniority system by using available data, and refocus on pitch-calling performance. Increasingly, plate umpires are at the center of influence. More plays are decided there than anywhere else on the field.

MLB is at an important inflection point. It should embrace rapidly improving electronic strike zone assistance with a thoughtful human-tech collaboration, while still leaving room for judgment in situations where automated systems remain fallible. Improvement also should include better hiring, performance measurement, and the realization that umpires peak and should not occupy positions they’re no longer qualified to fill—especially in those World Series moments when the spotlight glare is brightest.

There are 3 comments on POV: World Series Umpires Did Not Have World-Class Performances This Year

POV: World Series Umpires Did Not Have World-Class Performances This Year
3
share this